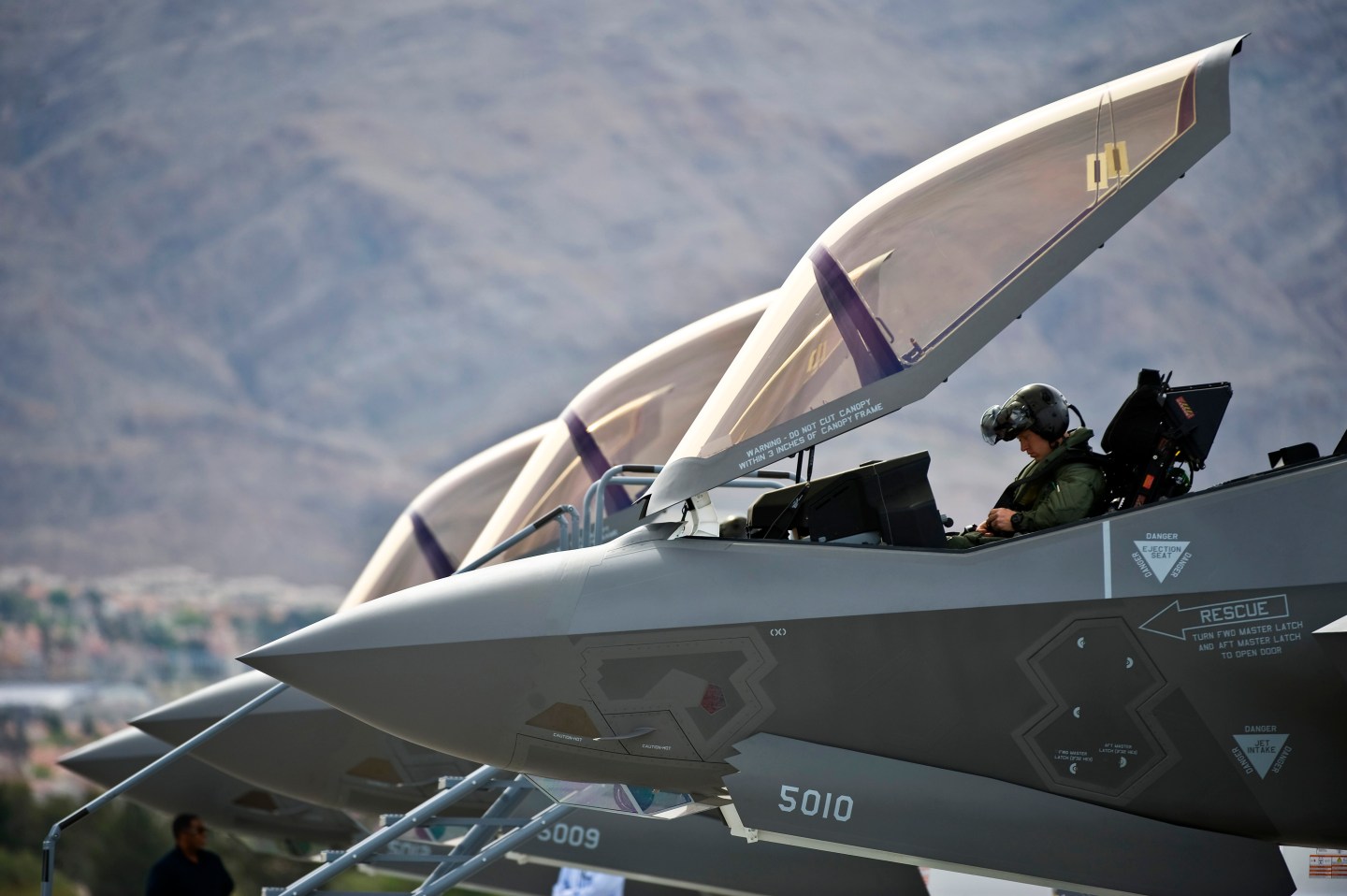 The Pentagon could find itself in trouble in the year ahead if Congress can’t hammer out an agreement on the federal budget in the next few months. Failure to pass a 2016 budget could mean a lot of pain for defense contractors as stopgap funding limits the military’s ability to launch new procurement programs, prioritize research and development, or otherwise engage in long-term national security planning.

Last night U.S. Senators from both parties voted to advance a temporary spending measure, known as a continuing resolution, that would fund the federal government at fiscal 2015 budget levels through Dec. 11 while lawmakers continue to hash out a fiscal 2016 budget (the federal fiscal year begins on Oct. 1). However, both Pentagon planners and defense industry executives are bracing for tough times ahead if Congress is unable to come to an agreement by the time the continuing resolution expires, in which case Congress could extend those contingency spending measures for up to a full year.

A yearlong contingency budget would adversely impact a range of high-profile and high-cost military programs, including the F-35 Joint Strike Fighter, the Air Force’s troubled aerial refueling tanker, and a new ground vehicle slated to replace the Army’s aging Humvees.

The Department of Defense has never previously operated under a full-year continuing resolution, and doing so would push U.S. military planners into uncharted territory. Not only would the Pentagon budget be frozen at the current fiscal 2015 level of $496 billion—or $38 billion less than the White House requested for fiscal 2016—but agency planners would find themselves essentially unable to alter spending priorities, launch new programs, or otherwise manage their budgets efficiently. That could lead to hundreds of millions in wasteful spending for taxpayers and seismic jolts to companies dependent on Pentagon dollars.

The problem with continuing resolutions isn’t simply that they cap the budget at last year’s levels until a new appropriations bill can be passed, says Bryan Clark, a senior fellow at the Center for Strategic and Budgetary Assessments. Continuing resolutions essentially freeze spending priorities as well. Military service branches are generally unable to either launch new programs or to make adjustments to ongoing programs, restricting military planners’ abilities to ramp up certain programs or scale others back.

In some cases, the service branches will lose tens of millions of dollars that could be saved by boosting production of certain vehicles and hardware. The Army alone would be unable to fund up to 35 new R&D and procurement programs slated to launch in 2016, and would also fail to boost production in 16 existing programs, adding nearly $900 million to the cost of those programs.

In other cases, money would continue to go to programs that don’t need it. “You get this weird situation where programs are getting funded and they don’t have a plan to use the money,” Clark says.

A continuing resolution lasting into December likely won’t make too large of a near-term impact on the defense industry, as funds appropriated in the first quarter of a fiscal year typically don’t begin making their way to contractors until the second quarter. However, if Congress extends its continuing resolution beyond December, the industry will definitely start feeling the pinch. Defense contractors will have a hard time making strategic decisions or providing guidance to investors.

That uncertainty, as well as the economic pain, will be felt all the way down the supply chain, Clark says. Smaller suppliers that provide components and subsystems to Pentagon prime contractors like Lockheed Martin (LMT), Boeing (BA), General Dynamics (GD), Northrop Grumman (NOC), and others will particularly feel the pinch. “That’s where the pain gets felt the most—these second- and third-tier suppliers that move from contract to contract,” he says.

A full-year stopgap spending resolution would impact programs across the military spectrum, on air, land, and sea. The Army would have to immediately reduce production of its Joint Light Tactical Vehicle—for which it awarded Wisconsin-based OshKosh a $6.7 billion contract just last month—from 450 vehicles to 184 vehicles in 2016. It would also likely have to default on the final year for a heavy-lift helicopter contract with Boeing that would incur nearly $100 million in contract termination fees and cancel out more than $300 million more in cost savings.

The Navy would also likely feel the pain in its major ongoing efforts to replace two classes of submarines and update its fleet of Arleigh Burke class guided missile destroyers with new ships.

The stakes are likely highest for the U.S. Air Force, which has a whole lot of money tied up in two huge programs: Lockheed Martin’s F-35 Joint Strike Fighter and a new refueling tanker from Boeing. The Air Force is contractually obligated to purchase eight of the tankers from Boeing next year if the aircraft successfully completes flight testing (it made its first flight just last week). But under fiscal 2015 funding dictated by a continuing resolution, the Air Force would only have enough cash to pay for seven jets.

The F-35 would also suffer production decreases at a time when the Pentagon is trying to boost production of its next-generation fighter jet in an effort to drive down the per-aircraft cost. A long-term continuing resolution would cut nearly $2.5 billion from the procurement budget for the Pentagon’s biggest program, forcing it to buy 19 fewer aircraft. Delaying the F-35’s production ramp-up could also jeopardize future production plans aimed at driving down the program’s $400 billion price tag, including Lockheed’s plans to produce and sell roughly 400 F-35s in fiscal 2018.

Many budgeting experts—Clark included—predict that while Congress may extend its continuing resolution beyond December, a fiscal 2016 budget will be passed sometime early next year. Although, not everyone in the industry is so confident. Roughly half of the defense executives recently surveyed by the Center for Strategic and International Studies said they expect a year-long continuing resolution.

Clark is more optimistic, if only because the pain imparted by a long-term continuing resolution will be felt in Congressional districts across the country.

“Hundreds if not thousands of programs are going to be affected,” Clark says. “So you start to get pressure on Congress from industry and from all those local suppliers. They’re saying ‘hey, if we don’t get an appropriations bill, we’re going to lose jobs. We’re going to start laying people off out here in your district.’ And that gets people’s attention.”