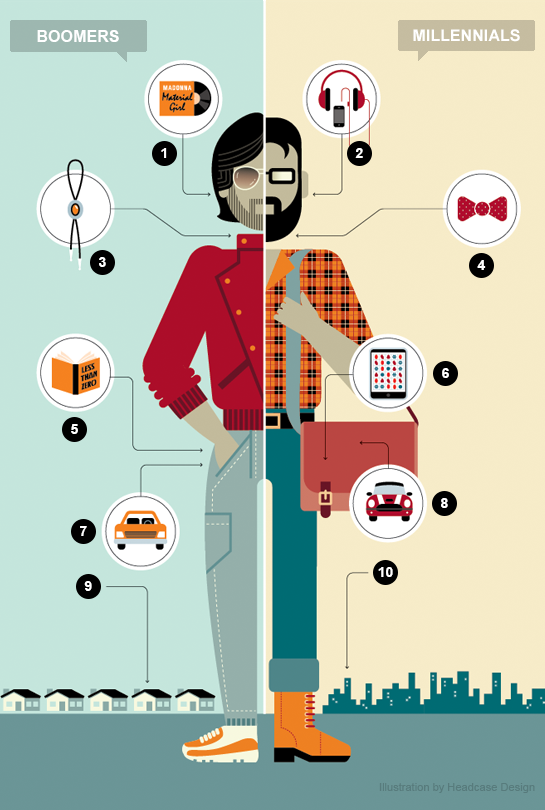 We looked at the spending habits of young adults today compared with 30 years ago—when boomers were the same age as Gen Y is now. To make the comparison, we tracked the 25-to-34-year-old age group using numbers from the Bureau of Labor Statistics Consumer Expenditure Survey. The takeaway: Don’t believe all the rumors you hear about millennial consumers, especially the ones that say they don’t buy stuff.

(1) In 1985, the year after “Material Girl” came out, young people’s spending represented about 101% of their average earnings—close to the national average of 103%.

(2) Young adults are still spending today, if not with Madonna-style excess. Their total average expenditures make up 91% of earnings—about on par with the national average of 92%.

(4) Millennials, ever “on fleek,” spent 7% more than the average American on apparel last year.

(6) Last year young adults spent $75 on reading materials on average, 27% less than everyone else.

(8) Millennials today put 7% of their total spending toward cars. Thanks to their sheer number, though, Gen Y now makes up a larger market than Gen X.

A version of this article appears in the October 1, 2015 issue of Fortune magazine.