Here’s how many foreign-born residents are in the U.S. 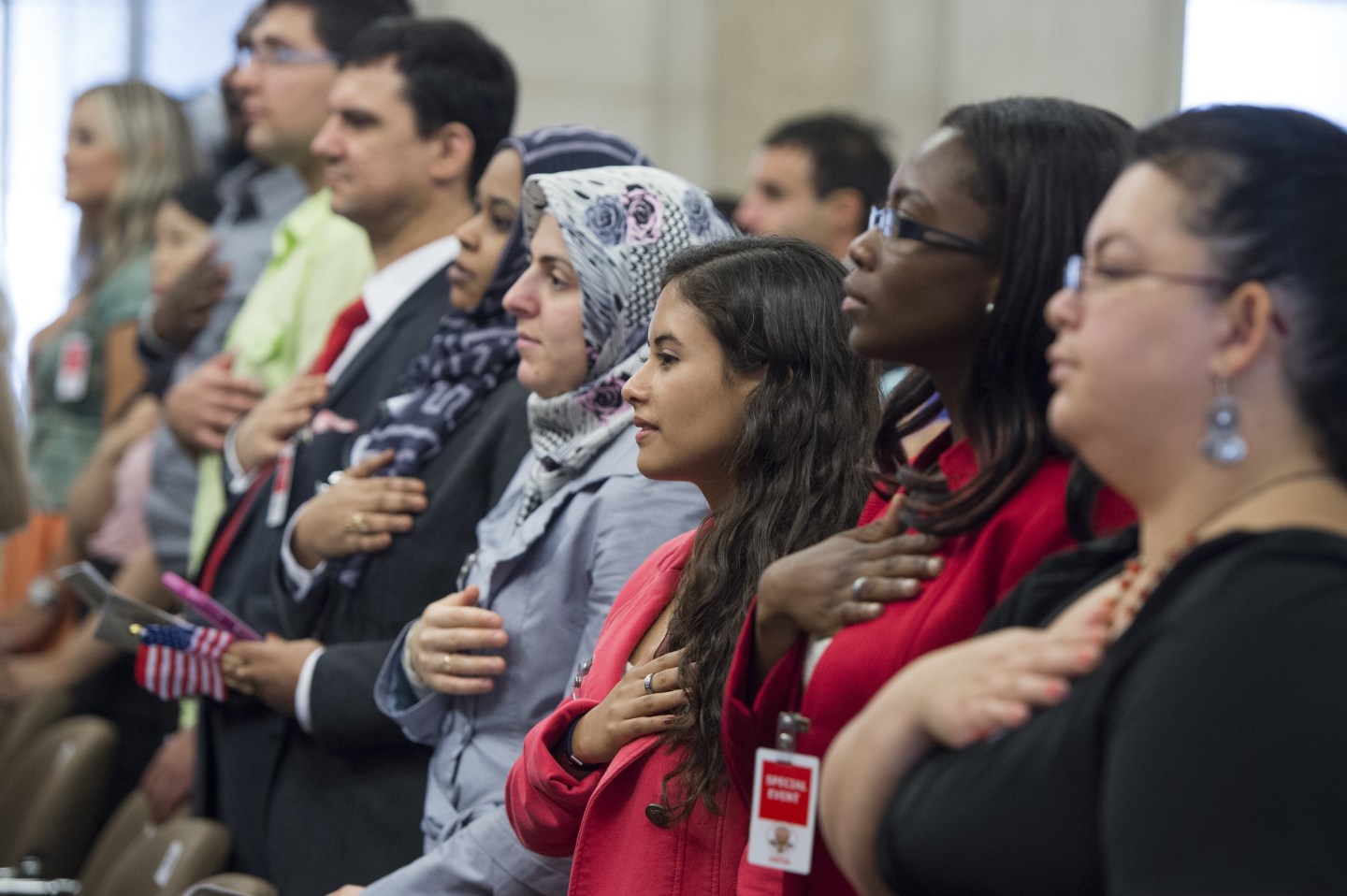 Nearly 59 million immigrants have arrived on U.S. soil in the last 50 years, growing their share of the population to near record levels, according to a new study by the Pew Research Center.

The current 14% foreign-born share almost matches the 15% levels seen shortly after the turn of the 20th century. Meanwhile, demographic projections suggest that foreign-born residents will account for 88% of the U.S. population growth between now and 2065, when they will make up 103 million of the nation’s 441 residents.

Since 1965, around half of all immigrants have come from Latin America, with Mexico making up 28% of all newcomers. Asians, especially those from China and India, are also coming in droves, as their share has risen from less than 1% in 1965 to 6% in 2015.

The topic of immigration has become widely-discussed among this year’s presidential candidates. Republican candidate Donald Trump has made headlines for his controversial stances on immigration, which include building a wall on the U.S-Mexican border. Meanwhile, Democratic frontrunner Hillary Clinton has advocated for a path to citizenship for undocumented immigrants, especially for children and students.