The most popular beers at the Great American Beer Festival 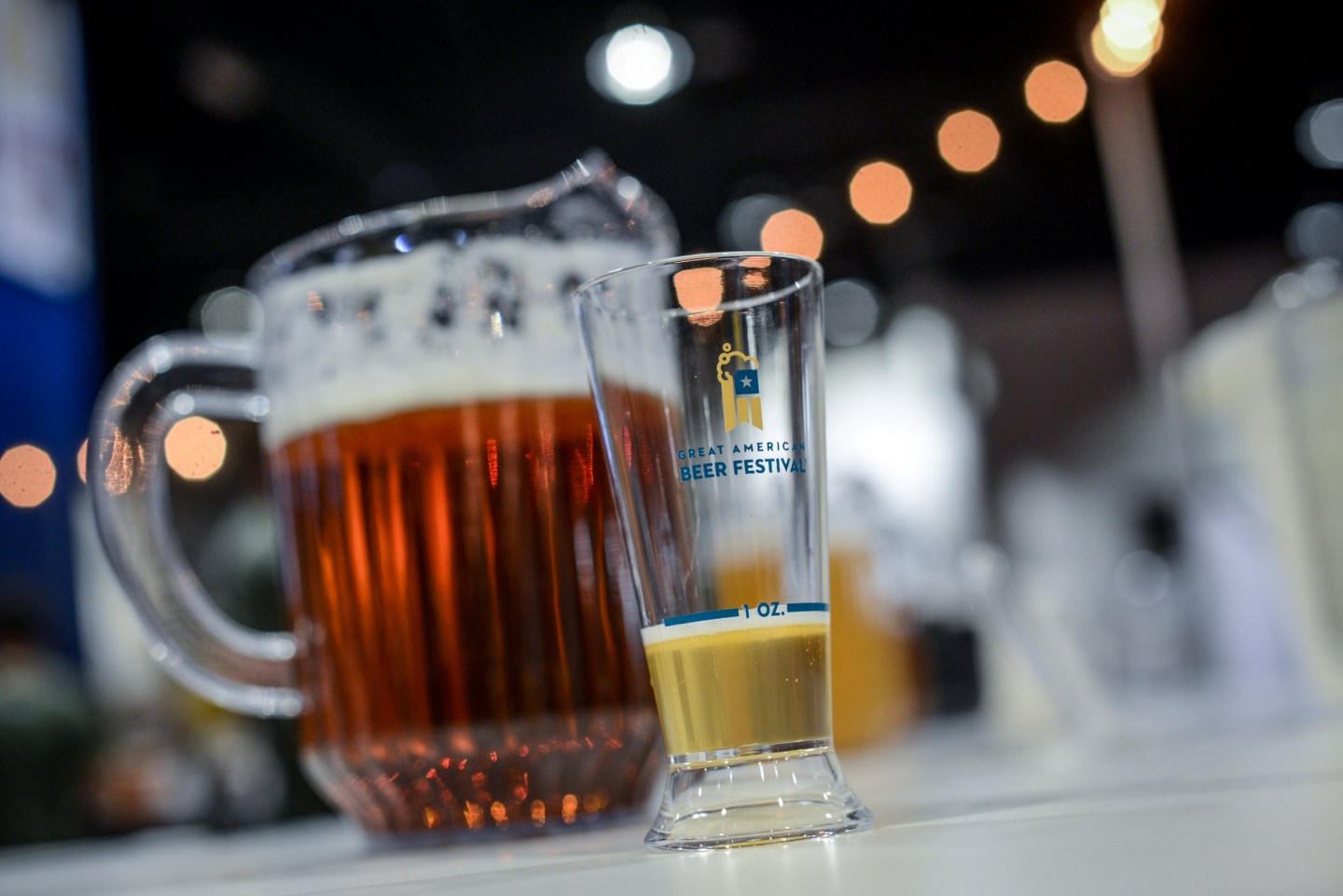 While the judges of the Brewers Association will name their own list of the best beers of the Great American Beer Festival, the popular vote is often quite different.

Before the awards are announced, there are two days where beer lovers explore the hall, which is roughly the size of seven football fields, without any guidance. And that’s when the people’s champions are crowned.

There are, of course, breweries that have long lines every year. People line up for a one-ounce sample of Russian River’s Pliny the Elder only to walk right back to the end of the line to get another one. The 3 Floyds booth often has a line formed before the show doors have opened, as media and brewers who get into the festival early eagerly await the first pour.

And brewers like Dogfish Head, Cigar City and Avery Brewing regularly have lines that run 50 people or more deep.

Sometimes, it’s slightly lesser known names and beers that emerge as favorites, though. Lawson’s Sip of Sunshine, whose reputation has grown tremendously in the past two years, has been in high demand at the show. But the real push this year has been for sour beers.

The line at The Rare Barrel has been non-stop – as showgoers vie for a taste of Ensorcelled, a dark sour aged in oak barrels with raspberries, or Impossible Soul, a golden sour aged with cherries in oak barrels. On both Thursday and Friday, the brewery ran out of beer long before the show was over.

Upland Brewing Co’s sours drew lines of over 60 people at a time – with some beginning to line up 10 minutes before the company began offering samples. (To prevent shortages, it staggered its pourings.)

Dad and Dude’s Breweria, maker of a cannabis-infused beer, was overwhelmed with curious drinkers as word of the beer has spread throughout the hall. And the line to taste Uinta Brewing’s beers was so long it blocked an aisle Friday evening. (To be fair, though, Unita was giving out free hats after tastings, so it was bound to get a crowd no matter what.)

Other breweries that were generating a buzz on the floor included Black Project, whose wild ales, including Blueberry Dreamland, quickly gathered a substantial crowd. Prison City, another maker of sour beers, also was a frequent suggestion as people talked in lines.

And Small Town Brewery, maker of the hit Not Your Father’s Root Beer, had plenty of foot traffic at its booth – offering a version of the product with 10.7% alcohol by volume. And it expanded its nostalgia line with Not Your Mom’s Apple Pie, Not Your Mom’s French Toast and Not Your Mom’s Strawberry Rhubarb.

Finally, Samuel Adams has had a consistent line of curiosity seekers, anxious to try its Utopias – an uncarbonated beer that boasts an ABV of 29% and a price tag in stores of $190 per bottle.