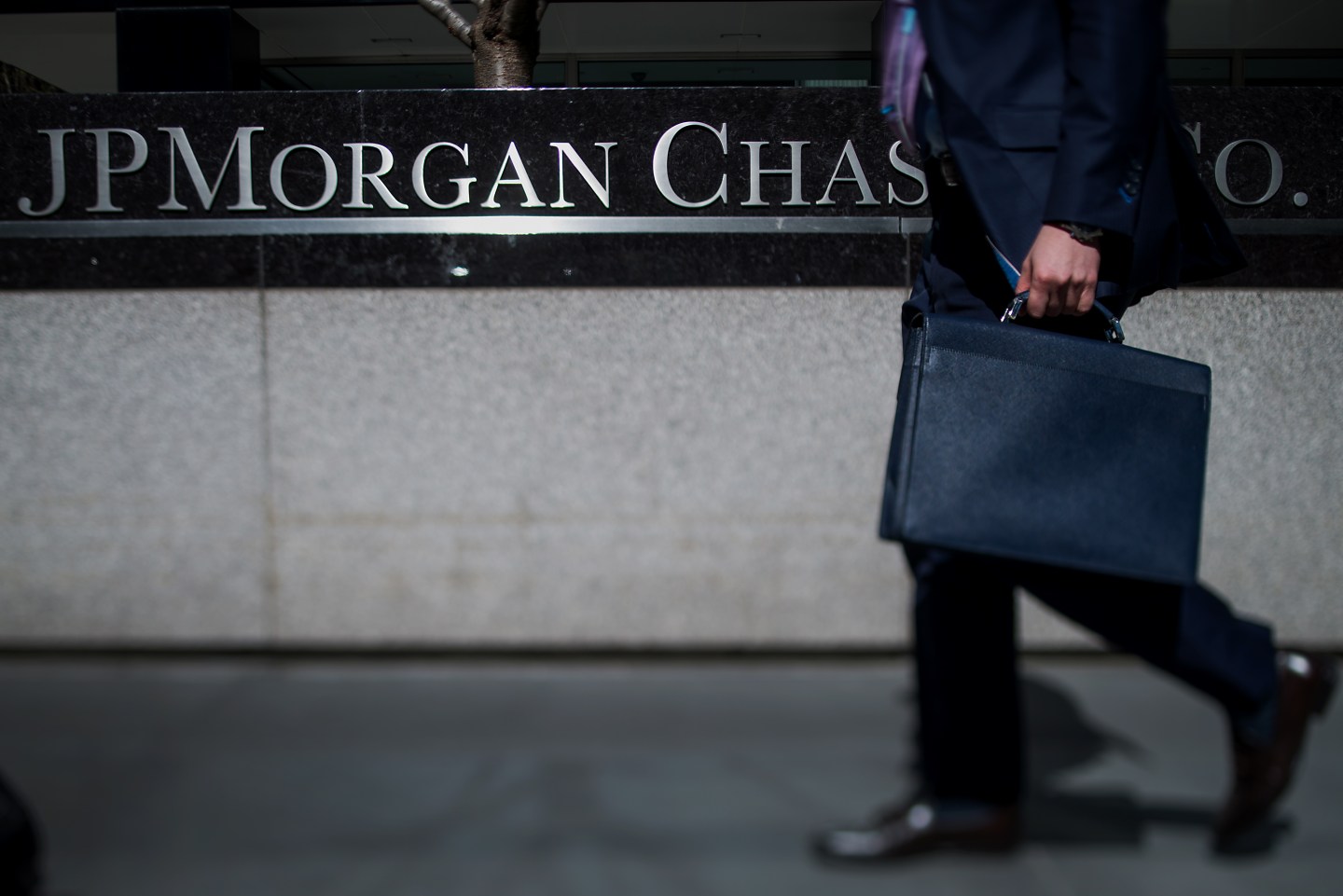 A man carrying a briefcase walks past the JPMorgan Chase & Co. headquarters.
Photograph by Ron Antonelli — Bloomberg via Getty Images

On Thursday, The Wall Street Journal reported that a federal program to provide debt relief for people who are struggling to pay off their student debt could not only cause problems for the student loan market but slow bank lending in general. The Journal story said there was $1.27 trillion in outstanding student loans, and $371 billion of that total was in the most troubled program. The paper said that just $203 million in student loan bond deals had been done in the first half of the year, down 95% from $4 billion the year before.

The problem with the student loan market is that the government, in order to reduce the debt burden, has recently capped the annual maximum that borrowers have to pay at 15% of their income. Any interest owed above that can be deferred. That’s making the loans less attractive to investors, who like getting paid what they are owed on time. So, some banks are having trouble turning the loans into bonds, which is a way banks sell loans to investors so they can get money to issue new loans.

But this is only affecting just under $400 billion worth of existing student loans. That’s because back in 2010 the government took over student loan origination, and the feds are okay lending based on the new income-based rules. So, what’s going on is not going to slow the government’s student lending, which is, even with the income limits, reportedly very profitable for Uncle Sam.

Banks do cut back lending when they start to see losses. But that’s not going to happen in the student loan market. That’s because all of the loans in the portion of the student debt market that people are worried about are backed by the government. The credit ratings services Moody’s and Fitch have put $36 billion of bonds tied to student loans on review for a downgrade. That’s in part because all of the student loans in question are guaranteed by the government. So lenders or bond holders will get their money back; it just might take longer than expected.

What about a slowdown in other kinds of lending? That’s not likely to happen, either. First of all, student loans make up a very small part of the overall lending market. Banks currently have nearly $16 trillion in assets, of which $8.4 trillion are in loans. But very few of those are student loans. Other student loans are owned by investors and specialty finance companies. The largest owner of student debt is Navient, which specializes in student loans and holds $100 billion worth. Other big banks have much less. JPMorgan Chase, for instance, has just $4.5 billion in student loans, accounting for less than 1% of its $700 billion in outstanding loans.

Other securitization markets are working just fine. And securitization isn’t the only one way that banks fund new lending. The other way is deposits. And right now the ratio of loans-to-deposits for all banks is just 77%. For JPMorgan, for instance, it’s even lower, at just under 60%, meaning that for every $100 JPMorgan has in deposits, it is lending out only $60. Banks have a lot more room to boost lending, even if it is getting harder to securitized student loans, which, again, is a small market to begin with.

Unsurprisingly, then, none of this appears to be slowing bank lending, which rose by $186 billion, or 2.2%, in the second quarter alone. Credit card, auto, and mortgage loans were all up.

The housing bust caused such a big problem for the banks because mortgage debt is huge. At the peak, there was something like $11 trillion in outstanding housing debt. Even today, the banks still hold around $2.5 trillion in debt tied to homes. And that’s why banks ran into trouble during the housing crisis. Few other lending markets are nearly as big. The commercial loan market is, and that’s about it.

There will certainly be some losers in the student loan market. Navient’s stock price has fallen 30% this year. And its shares trade at a price-to-earnings ratio of 5, far lower than the market in general. This indicates that investors are nervous about Navient’s growth prospects. But investors in the student loan market should have known for a while that the government had the right to impose income caps. This also doesn’t mean we can ignore the student debt problem, though a recent report from the Federal Reserve found that new student debt was slowing.

But none of that means the banks, or lending, is in trouble.