Everything to know about Volkswagen’s outgoing CEO 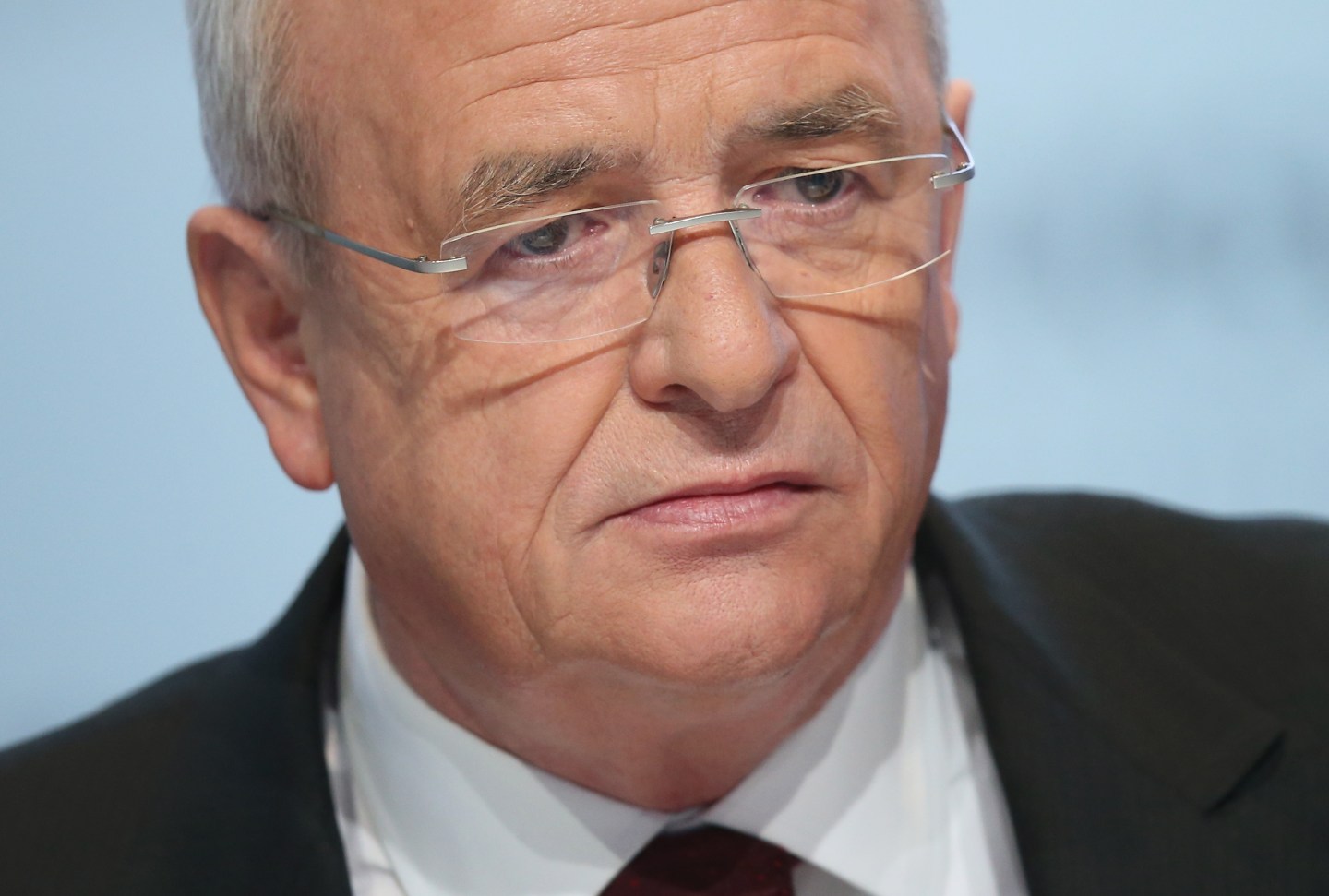 Volkswagen AG CEO Martin Winterkorn announced Wednesday that he’s leaving the company, just days after the company confessed that 11 million of its vehicles were loaded with software designed to subvert emissions tests.

Winterkorn’s departure marks the final ride of a rollicking journey for a CEO who has climbed through Volkswagen’s ranks, bolstered vehicle sales to record levels, and survived a recent power struggle with his former mentor.

It’s a wretched turn of events for a man who grew up near a Porsche test site and watched cars in their full throttle glory. “People, who like me, grew up in the 1950’s and 1960’s after World War II, grew up with cars,” Winterkorn once recounted in an interview with Germany broadcaster DW. “If you grew up in Swabia, near Zuffenhausen [the home of Porsche], and watched as the stunning Porsches drove by every day, you couldn’t help but develop an interest in cars.”

Winterkorn would later study metallurgy and metal physics at the University of Stuttgart, eventually earning a PhD from the Max-Planck-Institute for Metal Research in 1977. His first foray into automobiles came with his first job, at Bosch, the German engineering and electronics giant which also supplied car parts.

Winterkorn’s first entry into the Volkswagen world would portend his future. In 1981, he joined the quality assurance division of luxury marque and Volkswagen-owned Audi. His soon-to-be legendary attention to detail would lead newly appointed Audi chief Ferdinand Piech to hand-pick Winterkorn to head the department of “Central Quality Assurance,” an essential division meant to cement the company’s reputation for near-perfect cars based on excellent processes and engineering work.

The outgoing CEO was promoted through different process and technical-related posts in the company, burnishing his reputation once he became CEO of Audi in 2002. Winterkorn was feared at Audi for his “Defects Table,” a bi-weekly meeting during which he’d examine defective parts and grill those responsible for any errors.

Under his leadership, Audi became a key profit engine for Volkswagen. It consistently set annual record sales even while its namesake brand lost money. By 2006, Audi shipped over 900,000 cars worldwide for the first time, and achieved record sales in 41 global markets.

Winterkorn’s partnership with Volkswagen Chairman Piech – the grandson of Porsche founder Ferdinand Porsche – was famous for its synergy. While Piech was in charge of the macro strategy, Winterkorn was known for his self-confidence and streak of perfectionism, earning the nickname “Mr. Quality”.

“I know every screw in our cars,” Winterkorn once boasted in an interview. “He is certainly not lacking in self-confidence,” remarked Claus Strunz, editor-in-chief of newspaper Bild am Sonntag: “The self-confidence of a winner who works hard for success and sets a pace which only the best can keep up with.”

Winterkorn was named CEO of Volkswagen AG in 2007. His comments at the 2011 Frankfurt Auto Show that a Hyundai car had a better interior than a Volkswagen made headlines, and he would institute a centralized method of inspection and decision-making that would be criticized for being heavy-handed and the cause of some production delays. In 2012, the launch of the Lamborghini brand’s Aventador was delayed by about six months after the CEO wanted the dashboard changed after a test drive, one company source said.

But before this month’s events, Winterkorn’s stellar results spoke for themselves. Volkswagen grew to become one of the world’s largest carmakers by car sales, leading Winterkorn to proclaim that by 2018, Volkswagen would be “the world’s most profitable, fascinating and sustainable automobile manufacturer.” He also became fiercely critical of the European Union’s target on carbon emissions, saying the technology wasn’t developed enough to meet those goals. “It’s too early for concrete targets. Taking the third step before the first would be fatal,” he once said.

Volkswagen’s future sans Winterkorn is unclear. While he denies any knowledge of the diesel deception, internal investigations are underway to find those responsible for installing the software cheat. Meanwhile, the company has yet to name a replacement CEO. Whoever takes the job will face a tough road ahead: VW has set aside $7.3 billion to cover the costs of addressing this scandal, costs that in combination with fines and potential lawsuits could undo the work done by Winterkorn up to this point.