One of these people could be Volkswagen’s next CEO 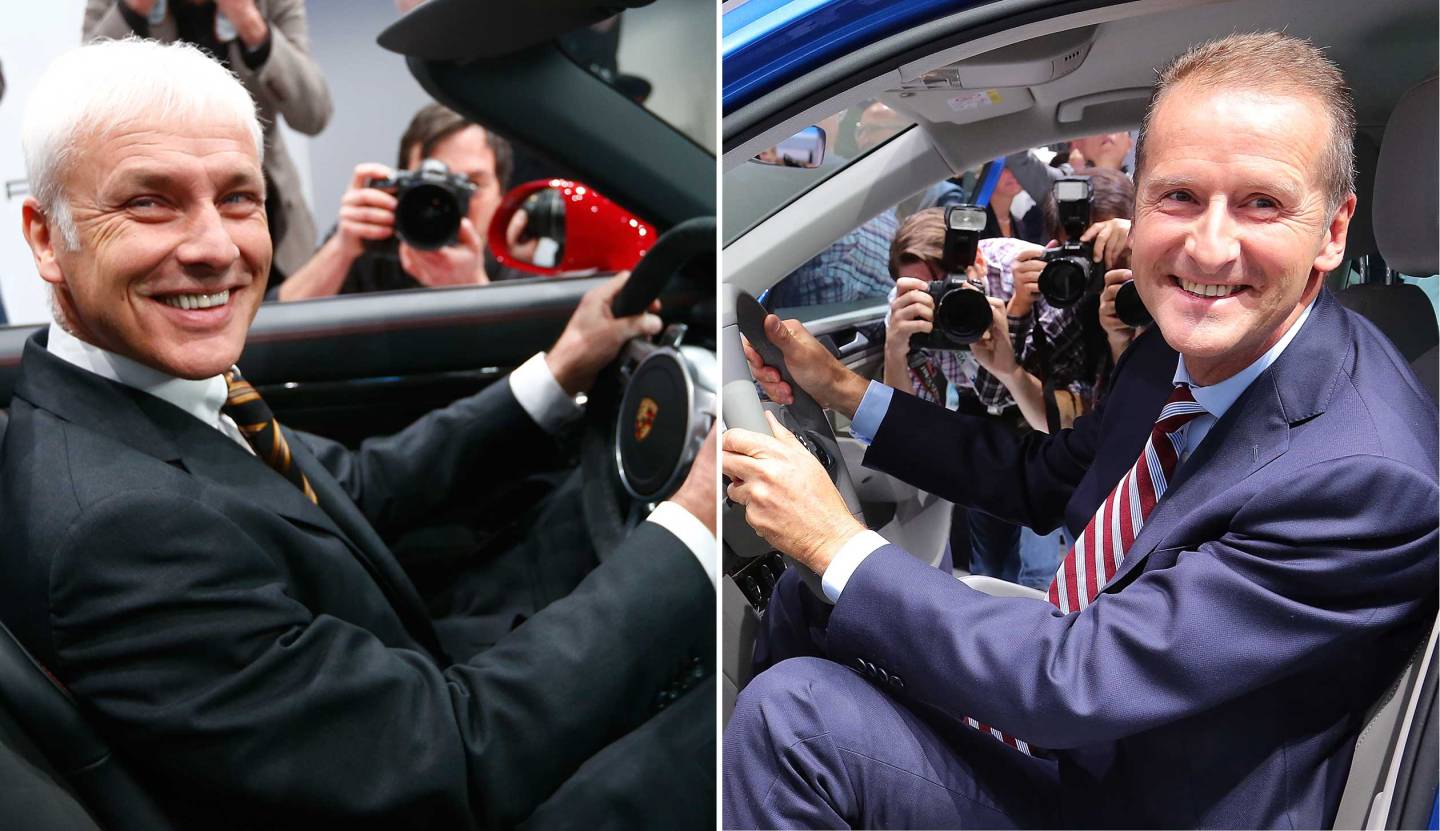 With the exit of Martin Winterkorn as CEO of Volkswagen AG, attention now turns to two likely candidates to lead the beleaguered German automaker.

Whoever ends up with the job will have to guide the company though what’s potentially the worst crisis in its 78-year history. Volkswagen admitted this week 11 million of its diesel cars are outfitted with software that cheats emissions tests, opening the company to fines and consumer lawsuits that could cost it billions of dollars.

Most of the CEO speculation has centered around two men: Matthias Müeller and Herbert Diess. Here’s a quick look at them:

Education: Computer Science at the University of Munich

Why him: Early whispers, heightened by a report from German magazine Der Tagesspiegel, centered on Müeller as the person who would take over Winterkorn’s post as Volkswagen AG CEO. While the company poured cold water on that report, Müeller is still considered a heavy favorite for the top role on the back of his work as the head of Porsche. Porsche’s profit margin per car of 18% exceeds any other in the Volkswagen group, while Porsche set record revenues and profits for 2014 on the strength of its Cayenne SUV and Macan vehicles.

Müeller is also a VW lifer; he did an apprenticeship as a toolmaker at Audi, a subsidiary of Volkswagen, before starting university studies. He has been at the company for over 30 years, and his background in engineering and apparently looser demeanor offers a counterpoint to the detail-oriented Winterkorn. Most importantly, Müeller has incredible internal support. Porsche SE – the holding company of the Porsche family – owns the most Volkswagen’s shares, and it doesn’t hurt that Müeller is said to have the support of the influential Ferdinand Piëch, VW’s ex-chairman and grandson of the founder of Porsche.

Why him: Diess came over in July from BMW, where he was head of development at the German automaker. He developed a reputation for ruthless cost-cutting, saving BMW $4 billion in car parts purchases.

Those maneuvers helped grow BMW’s pre-tax profits. Diess’ hiring as head of the Volkswagen namesake brand was seen as a move to boost a struggling passenger car line that saw 2.5% profit margins last year. “If there is anyone who can do it, it’s Diess. If you look at his track record at BMW, he did a fantastic job there and the company never should have allowed him to leave,” JP Morgan Auto Analyst Jose Asumendi said when Diess was hired. At a time when VW has set aside $7.3 billion to reverse the emissions cheating problem, cost-cutting could be the road to take.