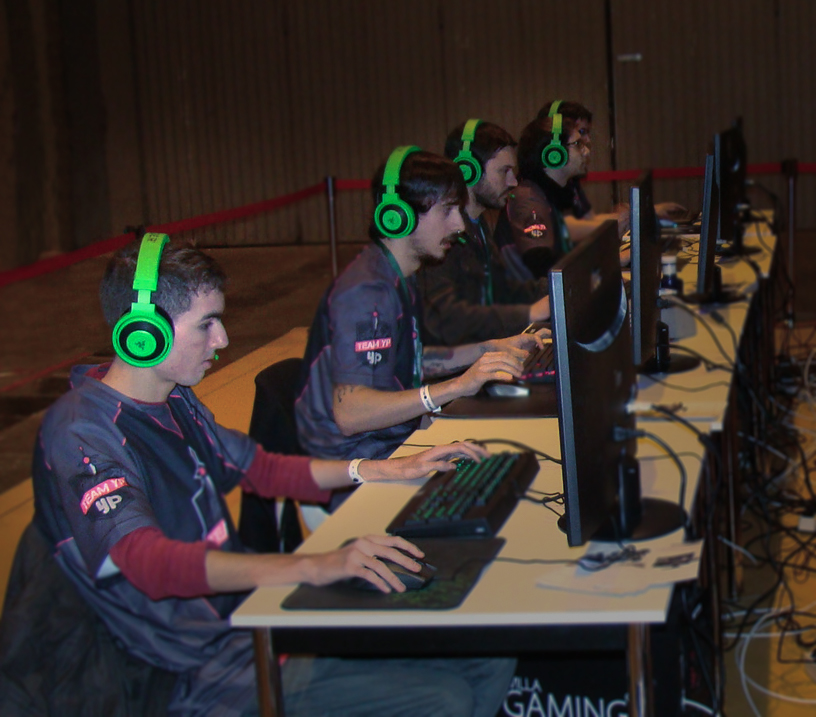 With 233 million fans and growing, the eSports industry has attracted big companies like Coca-Cola and Razer with its potential for money-making—this year the business of eSports is forecast by Newzoo to surpass $278 million and grow to over $765 million by 2018. And now eSports has caught the attention of the adult entertainment industry, which is also aimed at a similar young male audience.

“The interesting thing about eSports as a whole is that the pro leagues are gaining huge ground in popularity, but we’ve found that a lot of the times the industry doesn’t market many of the players/teams on a massive level,” Brad Burns, vice president of YouPorn, says. “Our involvement in eSports is to help turn that around. We have the resources to really help players that align with us get noticed; bring them into the mainstream, and do our part to help bring eSports into the collective consciousness. But make no mistake, we’ve done our research, recruited an excellent group of players, and got into this to compete with some of the best teams in the world.”

“Our vision is to make TeamYP one of the largest eSports organizations in the world,” Burns says. “We haven’t come close to spending the budget yet.”

Burns is open to all the popular eSports games out there, but he’s focusing on the games with the largest followings like Valve’s Counter Strike: Global Offensive and Riot Games’ League of Legends.

“We believe that our approach to the management of TeamYP with its separation from our core business will allow us to compete within Riot’s rules and regulations,” Burns says.

“The success of TeamYP in the eSports industry will undoubtedly bring a lot of mainstream sponsors to this sport, including some adult entertainment companies,” Burns says.