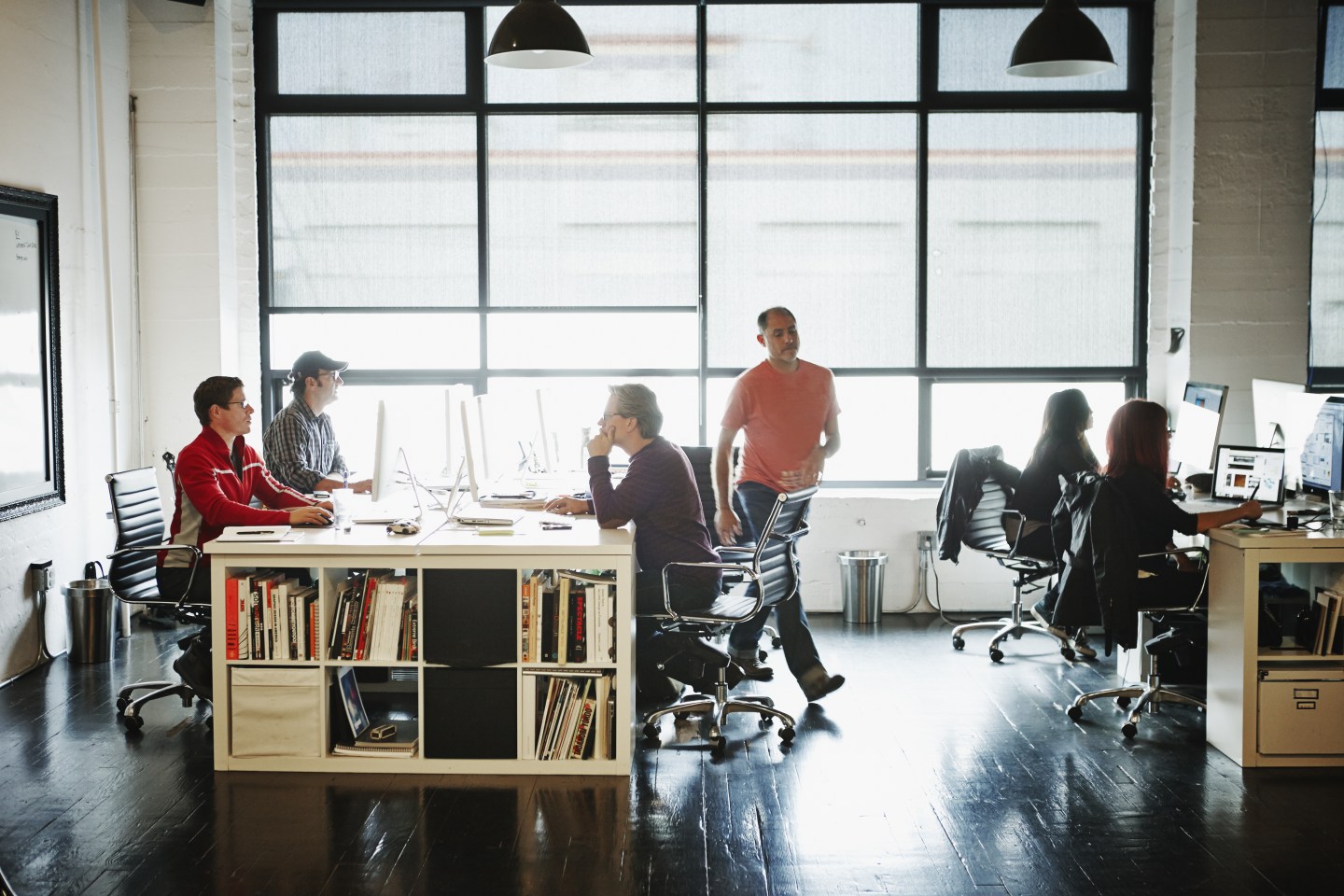 America’s tech companies have for years struggled with filling jobs because of the shortage of people with software and programming skills, but that talent gap has been narrowing, according to a report that job search site Indeed released on Tuesday.

The divide between the number of postings and the number of job searches across 18 tech job titles was 40% in August 2015. “This is a large gap, but it has declined by about one-third over the past two years, which suggests we’re moving in the right direction,” according to Tara Sinclair, chief economist at Indeed. By Indeed’s measure based on its own data taken from user activity on its website, there are 1.42 tech job openings for every one job seeker today, compared to 1.89 two years ago. Interest among job seekers is growing, partly because employers’ have beefed up efforts to make tech jobs more attractive by offering better pay and more work-life balance initiatives, Sinclair says.

When Netflix (NFLX) and Adobe introduced expanded parental benefits in August, the new programs were seen as ways for the companies to better compete for and retain high-skilled workers. Tech jobs are continuing to gain social cache, Sinclair adds, but even if such opportunities are coveted by job seekers, there’s a lag time between when people recognize their appeal and when they actually begin applying for them, since they must first gain the appropriate training. The emergence of new training forums like Codecademy and Girls Who Code has helped expedite the overall process, Sinclair says.

That said, while the talent gap stems for an overall shortage of people with software and programming skills, the way in which job seekers are hunting for tech jobs is not helping close the talent gap. There is a mismatch between the cities where job seekers want to work and where companies are hiring, as prospective tech workers over the past two years have concentrated their job searches to four cities—San Francisco, San Jose, Seattle, and Austin. Job seekers’ interest in those tech hubs was 3.6 times greater this year, compared with 3.3 times in 2013, leaving other cities with tech job openings with fewer candidates to choose from.

New York City ranks eighth in terms of tech job openings, but not nearly as many job hunters look to move to the city since it ranks 11th as the most sought-after city to work in. Atlanta is the No. 9 location for tech openings, but 16th among job hunters. The opposite is true for Salt Lake City. It’s the fifth most-sought-after city for people looking for jobs, but it’s the 14th most popular location for tech hiring among employers.

“Job seeker interest may have once been driven by the availability of jobs, but the growing interest in tech hubs suggests further concentration on the part of job seekers beyond the clustering of job opportunities,” the study days. Employers are trying to diversify the geography of their tech job, Sinclair says, “but it looks like job seekers are looking for just the opposite. Maybe [employers] should consider going back to those cities.”