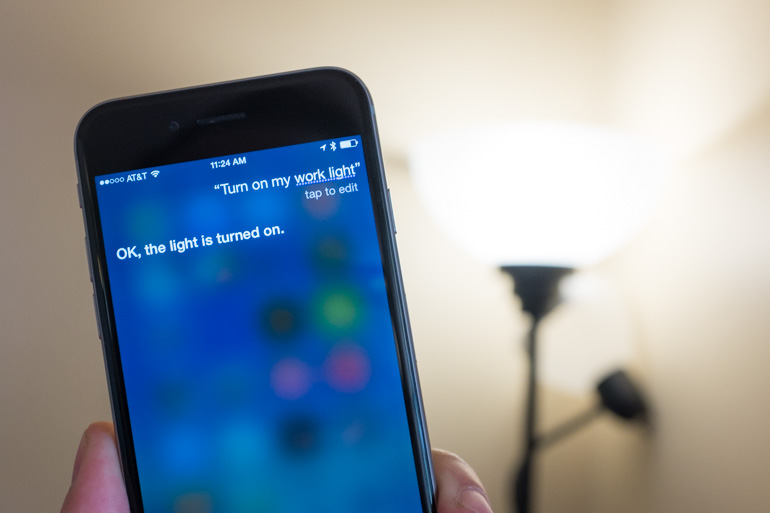 Some of the technology industry’s biggest companies are waging a war over the way you interact with digital devices.

According to Reuters, Apple (AAPL) is planning to hire at least 86 full-time artificial intelligence experts. The move is part of a broader effort among the technology industry’s elite to one-up each other by giving users what they want before they even know they need it.

“In the future, computers will see, hear, speak, and even understand,” Patrice Simard, distinguished engineer and deputy managing director at Microsoft (MSFT) Research told Fortune. “Intelligent machines will form the backbone of what we call the invisible revolution: technologies interacting so seamlessly they become invisible. This technology revolution will help how humans and intelligent machines interact in complex, yet complementary ways.”

“Real understanding of what a person says and (having) the kind of dialog you might have with a hotel concierge are elusive challenges,” Oren Etzioni, professor of computer science and executive director of the Allen Institute for Artificial Intelligence, told Fortune in an interview. “You won’t see them on your iPhone or Apple TV any time soon.”

Still, some of the world’s top technology companies are trying. Both Microsoft and Google have research arms focused on improving machine learning, and Etzioni argues they’re ahead of Apple in this area because of their ongoing research. However, by hiring more experts, Apple could boost its offering in a booming market that is set to reach $11.1 billion by 2024, according to technology research firm Tractica.

“Machine learning has resulted in huge success in speech recognition, product recommendations, machine translation, machine vision, and much more,” Etzioni said. “The combination of large amounts of data, huge computational power, and the machine learning algorithms is producing great results and the best is yet to come.”

It’s likely consumers will see more AI innovation in the near future as technology improves. What is unclear, however, is which firm will ultimately win the AI race. Apple’s Siri has received major upgrades in the upcoming launch of iOS 9. The iPhone maker says that Siri can now answer more questions and more accurately understand queries.

Microsoft’s Cortana and Google Now are also getting smarter. In May, for instance, Google (GOOGL) announced a major upgrade to Google Now that allows the service to “understand” over 100 million locations. Google Now not only lists basic information, but also provide users a range of suggestions, including when would be the best time to visit a local restaurant. With the launch of Windows 10 in July, Microsoft incorporated Cortana into its operating system and improved its understanding and relevance on several tasks.

“One of Microsoft’s biggest research bets is artificial intelligence and machine learning, which are used in a significant number of Microsoft products and services,” Simard told Fortune. “For example, the company’s investment in machine learning, big data and the work of its Machine Translation team has led to enhanced translation features and capabilities coming to life across Microsoft’s latest products, including Bing, Windows Phone, Windows, Internet Explorer, Office, and Azure.”

The fight, in other words, is on for control of the growing market.

“Machine learning sounds like this magic syrup you just add to make products better, but it actually takes a lot of expertise to make it work well in the real world,” a Google spokesman told Fortune. “That’s the experience Google is bringing to this. We’ve figured out how to help people find their pets in their photos without having ever labeled them, or get a heads-up a flight moved gates without having to chase down the info.”

“Cortana and Skype Translator also represent steps towards the vision where machines augment human capabilities,” Simard says. “Cortana is an example of how technology is becoming more personal and learning about your habits and quirks, and Skype Translator provides endless possibilities for people around the world to communicate; people are no longer hindered by geography and language.”

Regardless of which company is leading machine learning, what’s clear is that the ultimate victor will be you, the user. As machine learning improves and devices become more capable of delivering relevant information, user experience will only get better.

Neither Apple nor Amazon responded to a request for comment.

For more about artificial intelligence, check out the following Fortune video: