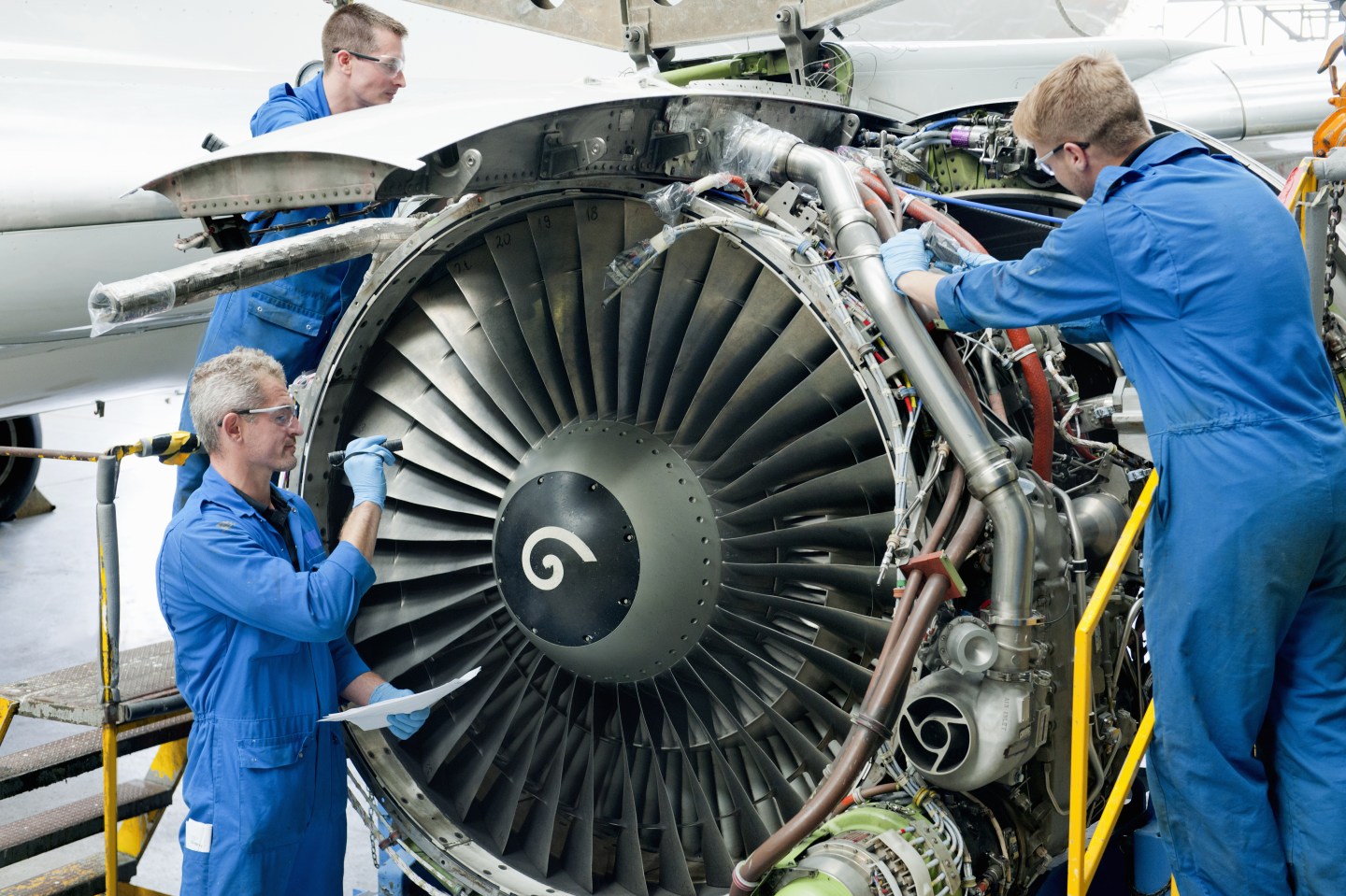 Clouds of black smoke billowed from a British Airways Boeing 777 on a Las Vegas runway last week after its pilots aborted a flight only moments before takeoff.

The cause for grounding: Engine failure.

Turns out the Federal Aviation Administration had alerted airplane makers to the engine’s potential problems in a 2011 safety warning, reports the Daily Beast. The regulators issued a so-called airworthiness directive pertinent to the device in question—a GE90-85B turbofan engine made by General Electric (GE)—after discovering cracks in a weld joint.

“The unsafe condition could result,” notes the directive, in “uncontained engine failure and damage to the airplane.”

Two companies, GE and Boeing (BA), initially petitioned the FAA to remove the “unsafe condition” paragraph—but to no avail. “[B]y their analyses, cracks in the weld joint would not develop into into an uncontained failure,” the directive states. “We do not agree.”

The regulators ruled that the products must undergo “mandatory repetitive inspections.” Airlines would have to check up on the engines after 48,000 hours of use or 6,000 flights.

“One thing that investigators will now have to consider,” notes Daily Beast reporter Clive Irving, “is whether the intervals between inspections mandated by the FAA were too long and that a crack appeared in the compressor and went undetected.”

“British Airways complies with all Airworthiness Directives,” a spokesperson for the airline told Fortune in an email. “We will not be commenting any further while the NTSB [National Transportation Safety Board] investigation is active.”

Boeing and GE were not immediately available for comment.*

*Update: Boeing and GE have supplied Fortune with comments. We are awaiting additional clarifications from the latter.

A Boeing spokesperson sent Fortune the following statement in an email.

Boeing is providing technical assistance to the National Transportation Safety Board (NTSB) as it investigates a British Airways 777-200ER incident that occurred prior to takeoff from Las Vegas McCarran International Airport.
In accordance with the international protocol governing aviation accident investigations, all inquiries about the investigation must be directed to the NTSB.

The four-year-old FAA AD about the GE90 and highlighted in the Daily Beast makes specific reference to a part that was not installed into the GE90-85 engine involved in the BA incident.

Fortune has followed up requesting additional clarification, while noting that the preliminary notes from the investigation state that the plane was equipped with two of the engines cited in the 2011 FAA directive. The spokesman replied

We will update this story when more information becomes available.

For more on Boeing, watch this video below.