Apple Maps vs. Google Maps heats up as Apple shuts down HopStop 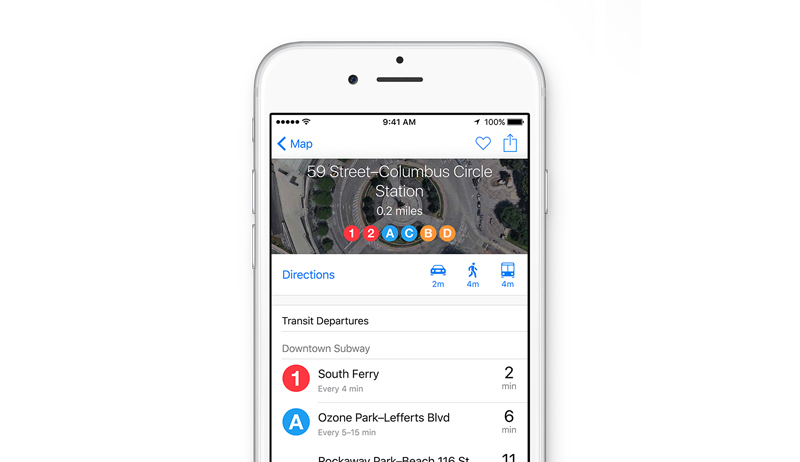 “HopStop will no longer be available starting October 2015,” screams the website of the well-known transit navigation app this week in bold red type. If you’ve ever lived in a city, you know how useful HopStop can be. So does Apple.

By now you may have forgotten that the technology company (AAPL) acquired HopStop in July 2013, for what is thought to be $1 billion. It also picked up location-data startup Locationary around the same time. Both deals came less than a year after then-new CEO Tim Cook apologized for the lacking quality of Apple’s Maps app, which it had introduced in a bid to distance itself from Google Maps. The Apple acquisitions also came one month after Google confirmed its own billion-dollar acquisition of Israeli navigation startup Waze.

Now, two years after buying HopStop, it seems that Apple will shut down the service completely. It’s a sign that Apple wants to limit HopStop’s functionality to its own Maps app, rather than offer it as a separately branded service. (Google’s Waze continues to exist as a standalone service on its Android mobile operating system and Apple’s iOS. HopStop notably dropped support for Android shortly after Apple acquired the company.) It also logically follows Apple’s statements at its Worldwide Developers Conference in June, in which the company introduced the latest version of its mobile operating system, iOS 9, and new functionality: transit directions and full-featured transit maps, just like Google Maps, beginning in 10 major world cities.

MORE: What is Angela Ahrendts actually doing at Apple?

Apple is far from finished in its arms race with Google over mapping services. Earlier this year, it acquired Bay Area neighbor Coherent Navigation. It has renewed its license with TomTom, the Dutch digital mapping company. And in June it confirmed that it had dispatched its own fleet of sensor-laden cars, its so-called Apple Maps vehicles, “to collect data which will be used to improve Apple Maps.” In the last two weeks those cars have visited areas in England, France, Ireland, Italy, Sweden, and the United States.

Both companies continue to invest in mapping services as they become more deeply integrated into phones, tablets, desktop and laptop computers, wearable devices such as watches, and increasingly, automobiles. (The battle between Android Auto and Apple CarPlay has only just begun.)

HopStop was founded by investment banker Chinedu Echeruo in 2005 and gained traction with the rise of the modern smartphone. Echeruo left HopStop in 2009; he is currently founder and CEO of “cause-driven” social platform Gigameet.

For a two-minute summary of Apple’s latest “Special Event,” watch this Fortune video: