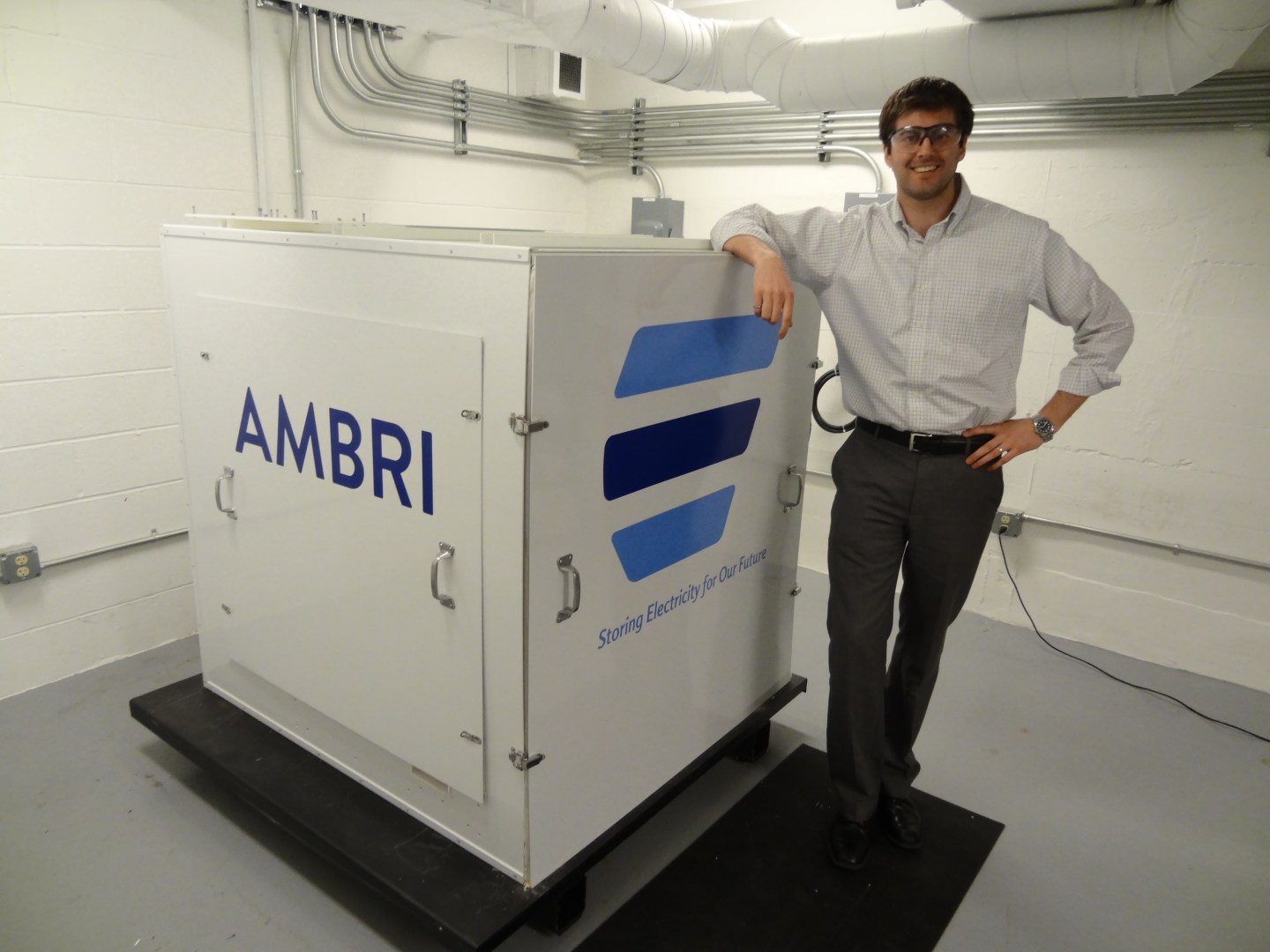 A startup behind a new kind of battery made of liquid metal has cut a quarter of its staff and has pushed back the first commercial sales of its batteries, according to a note from the company’s CEO Phil Giudice.

The five-year-old company called Ambri had originally planned to start shipping an early form of its commercial batteries this year or in early 2016. But Giudice said in the note that the company had not made the technology progress initially anticipated, and has now “slowed its commercialization path.”

Specifically Giudice said a battery seal, which can withstand the liquid metal battery’s high temperatures, had shown disappointing results in tests. Ambri is now working on testing out new types of seals that could hold up under the high temperatures needed.

Ambri has been developing a battery made up of molten salt sandwiched between two layers of liquid metal. The original tech was developed at MIT by Professor Don Sadoway.

The idea behind the battery is to use ultra low cost materials that can make cheap, long-lasting batteries that can be used in power grid applications. Ambri’s batteries are targeted to cost a third of what lithium-ion batteries cost.

Such a battery could store energy from solar panels or help utilities better manage energy on the power grid. The market for using batteries for the power grid is rapidly growing in the U.S. There will be an estimated 220 megawatts of energy storage projects installed this year, mostly using lithium-ion batteries, which is the equivalent of energy stored to power about 220,000 homes.

Ambri has been making continual progress on its battery development over the years. Two years ago the company held an official ribbon-cutting ceremony at a new battery manufacturing facility in Marlborough, Massachusetts. The company has been working on sending prototype batteries to its first customers, which include a wind farm in Hawaii built by First Wind and a military base on Cape Cod.

But building a new type of battery from scratch is a difficult business. Many new battery makers have struggled over the years, facing the high costs of research and factory development.

Ambri didn’t give a new estimate for when commercial sales of its batteries would start. The core liquid metal battery tech remains unchanged, said Giudice in his note.

To learn more about grid batteries watch this Fortune video: