Trump on Fiorina: “Look at that face. Would anyone vote for that?” 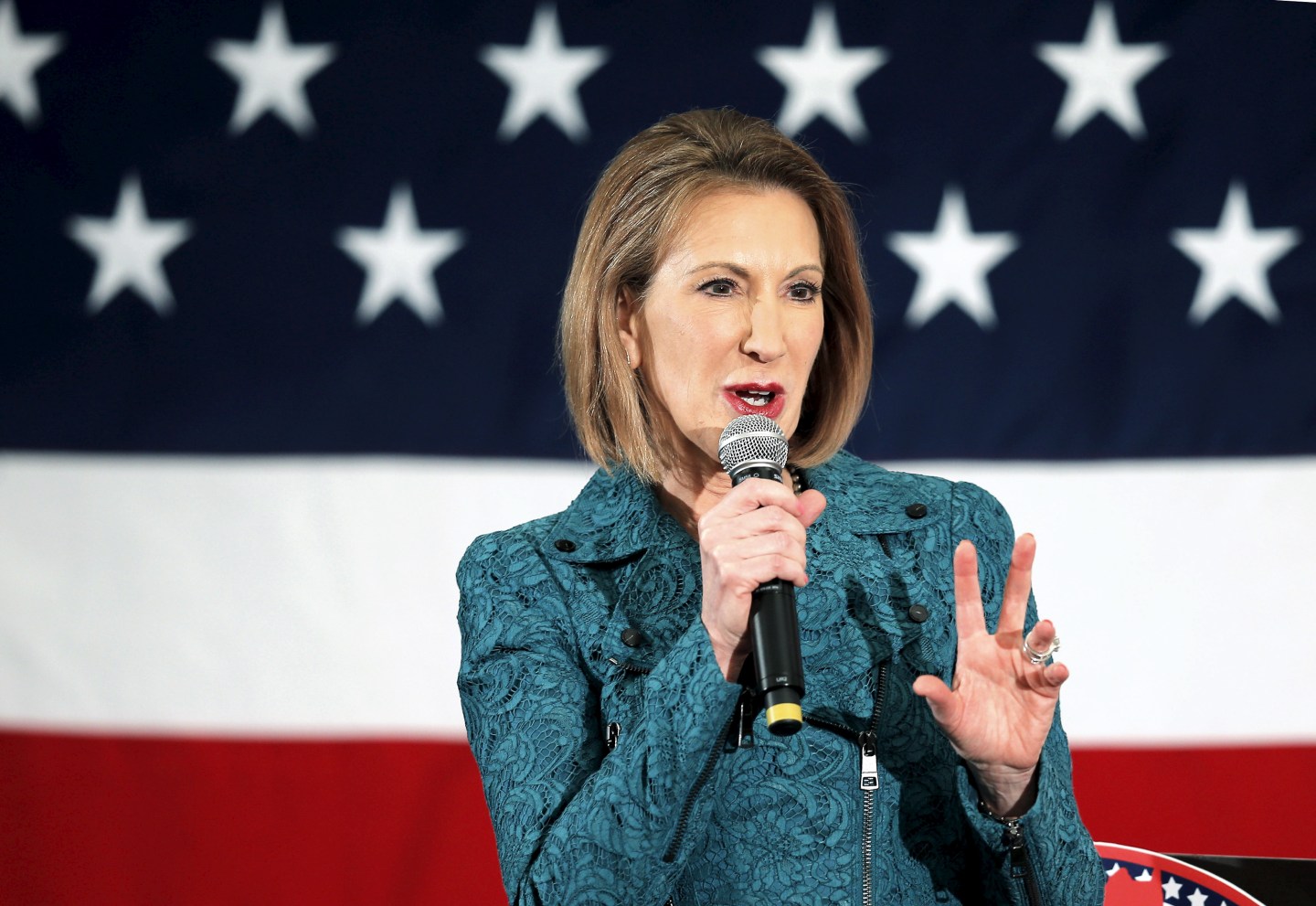 Donald Trump mocked the physical appearance of fellow Republican U.S. presidential candidate Carly Fiorina in remarks published on Wednesday, saying: “Look at that face. Would anyone vote for that?”

The comments by the billionaire real estate developer published in an article on the website of Rolling Stone magazine were aimed at the only woman in the large field of Republicans vying for their party’s 2016 presidential nomination.

The magazine reported that Trump, leading in the polls among the Republican contenders, made the remarks while watching Fiorina, the former Hewlett-Packard Co chief executive, on television.

“Can you imagine that, the face of our next president?” Trump is quoted as saying. “I mean, she’s a woman, and I’m not s’posedta say bad things, but really, folks, come on. Are we serious?”

Fiorina, in an interview on Fox News Channel, said she viewed Trump’s remarks as “very serious.”

“Maybe, just maybe, I’m getting under his skin a little bit because I am climbing in the polls,” she said.

The subject did not come up when Trump was interviewed on Fox News by host Sean Hannity, but Trump did express concern about his own looks, noting he had just returned from a trip to Washington.

“I haven’t even looked at a mirror so I hope I’m okay. I hope I look fine,” said Trump.

It was not the first time Trump has taunted Fiorina. A month ago he tweeted: “I just realized that if you listen to Carly Fiorina for more than 10 minutes straight, you develop a massive headache. She has zero chance!”

Trump’s remarks were his latest barbs aimed at a woman during the campaign. Last month, Trump criticized Fox News Channel anchor Megyn Kelly during and after a Republican debate.

Trump has touted his “great relationships” with women, saying he had hired thousands of women including top-level employees, adding: “I cherish women.”