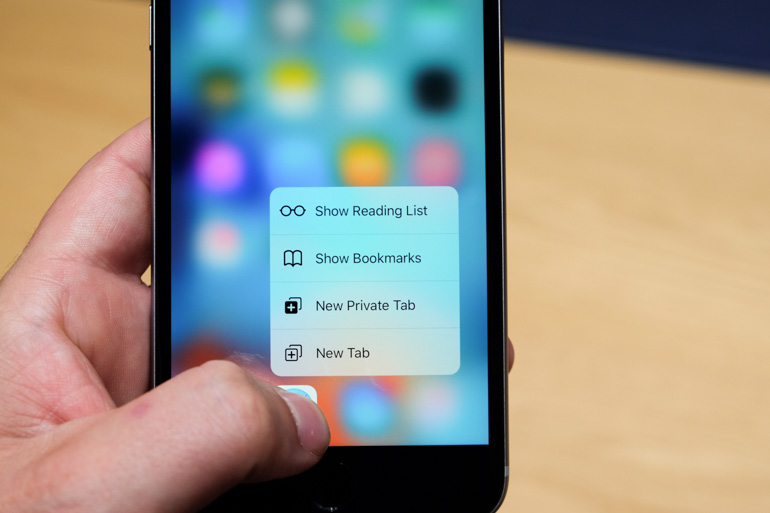 On the outside, there’s little difference between Apple’s current iPhone 6 and iPhone 6 Plus and its next generation replacement.

Both sets of iPhones are the same size and weight, and even feature the same bulging camera lens on the back. Save for the new pink—excuse me, rose gold—finish on Apple’s latest smartphones, you’d be hard pressed to tell the two apart, that is, until you turn them on.

As was long rumored to be the case, Apple added pressure-sensitive technology to its new iPhones, which the company is calling 3D Touch. The technology can launch features and perform a variety of functions when varying levels of force are applied to the screen.

For example, thanks to 3D Touch, when users lightly press on the phone’s music icon it will display a menu containing shortcuts to Beats 1 or search functions. When in the Mail app, users can open a message preview, while pressing harder will open the message in full.

The 3D Touch technology isn’t applied to every app equally, which means it’s basically a lot trial and error. I attempted to open the Settings icon, by lightly pressing on the app, but instead some gentle vibration and a shake suggested 3D Touch didn’t work.

For more news about Apple, check out the following Fortune video: