Can Serena and Venus Williams save tanking tennis ratings? 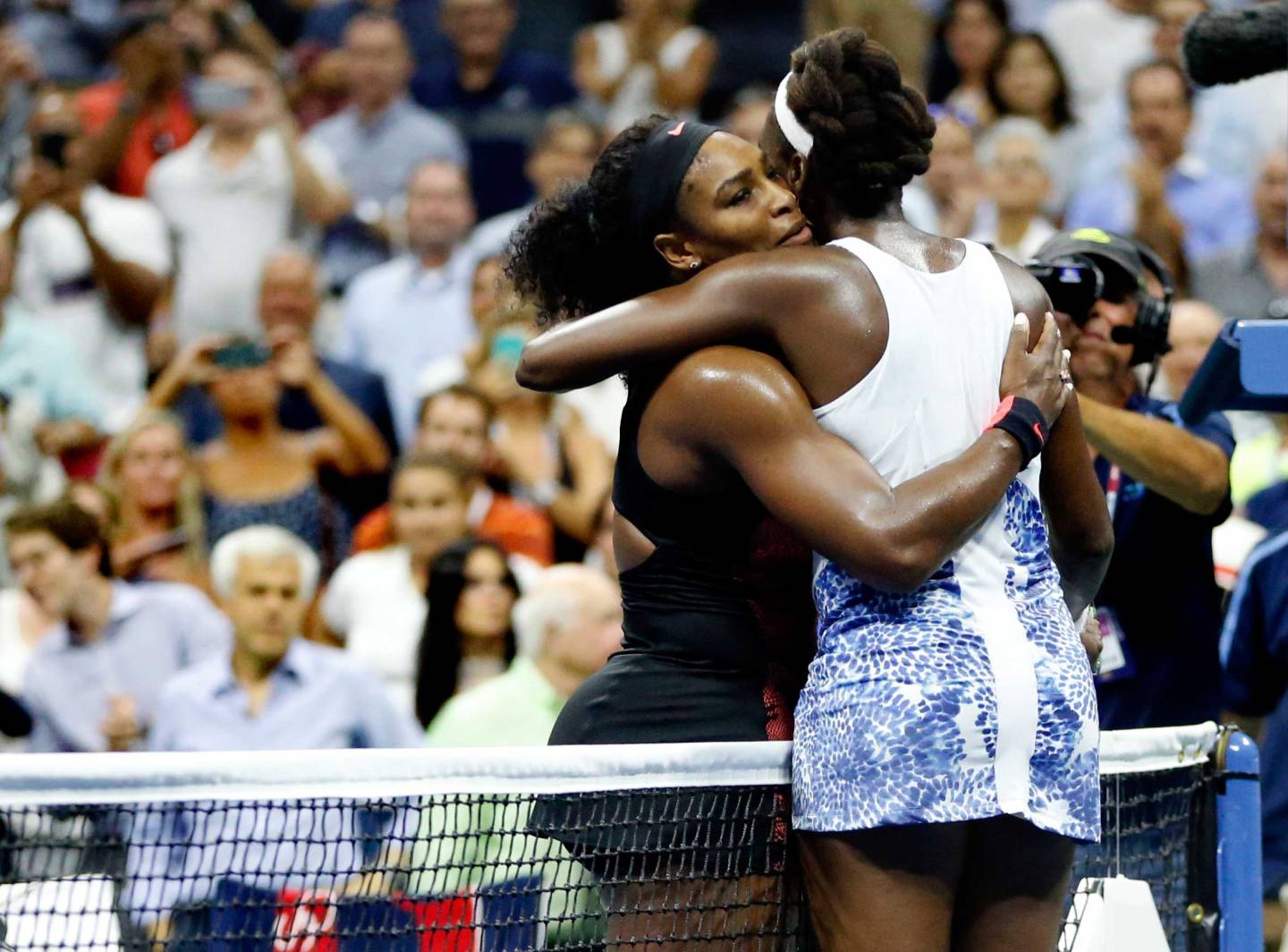 The ingredients: high stakes (millions of dollars in prize money, Serena’s shot at a calendar-year Grand Slam), celebrity (spectators included Donald Trump, Anna Wintour and Kardashians aplenty), a Cinderella backstory (two girls from Compton rising through a sport historically tied with extreme wealth and snootiness), raw athletic competition and a Shakespearean twist (sister vs. sister). Even before rackets were unsheathed from their cases, line judges perched in their corners or tearful hugs exchanged, fans knew they were in for real-time drama in which only one winner would emerge.

The Williams sisters, perhaps more than any other two people in the world of tennis, have brought attention to a sport that typically fails to snag an audience anywhere near the size of the ones that tune into pro football, baseball or basketball. The U.S. Open showdown between the sisters in 2001 was the first time a Grand Slam women’s final aired in primetime, with 22.7 million viewers watching Venus beat Serena 6-2, 6-4. Largely fueled by Serena’s quest for a calendar-year Grand Slam, this year tickets for the women’s singles final sold out before the men’s. Even the number one player in the world, Novak Djokovic, taking the stage after the Williams sisters on Tuesday night felt more like an afterthought than the main event—a dramatic turn of events in the sport.

Tuesday night’s quarterfinal earned a 4.8 rating, peaking at 5.6 from 10 to 10:15 p.m., according to ESPN. [Disclosure: I contribute to ESPN.com and ESPN The Magazine.] The broadcast was the second best for ESPN in tennis, coming only behind the 2012 Wimbledon faceoff between Roger Federer and Andy Murray. (ESPN, however, is a relative newcomer to tennis. The network has televised the U.S. Open since 2009 and signed an exclusivity agreement in 2013, booting out the United States Tennis Association’s longtime relationship with CBS.) The crowd at Flushing Meadows was a sellout, according to U.S.T.A., with 23,771 in attendance Tuesday night.

Even as attendance to the U.S. Open has ballooned in recent years, tennis has struggled with ratings, making Tuesday’s numbers that much more impressive. Nielsen reports that an average 1.6 million households tuned in to the U.S. Open last year, when Serena Williams and Marin Cilic clinched the women’s and men’s singles titles, respectively. That’s down from nearly two million in 2004, when Svetlana Kuznetsova and Roger Federer were in the women’s and men’s finals, and pales in comparison to the 2.8 million who tuned in to 1994’s Arantxa Sanchez-Vicario and Andre Agassi wins—or the 4 to 5 million households who watched U.S. Open during tennis during the late 1970s boom times, with Chris Evert, John McEnroe, Jimmy Connors and others winning Grand Slam titles.

After years of lagging the airtime and attention of their male counterparts, women’s sports have had an incredible year—a wave the Williams sisters helped create and are now riding. In July, the Women’s World Cup became the most watched soccer match in U.S. history, with 25.4 million viewers tuning in to watch the U.S. defeat Japan. UFC women’s bantamweight powerhouse Ronda Rousey knocking out Bethe Correia brought in 1.6 million viewers, making it the most viewed program among ad-supported cable sports networks in primetime, according to Fox Sports.

But an apples–to-apples comparison of sports consumption today versus times before either Williams sister was born may be too simplistic in gauging their commercial influence. Venus and Serena are also attracting people to the sport through social media, with their combined 6.6 million Twitter followers, many of whom have little to no interest to tennis outside of the sisters.

Some reporters compared the attention brought to the Williams sisters’ match Tuesday night to that brought by the famed 1973 “Battle of the Sexes” between Billie Jean King and Bobby Riggs. Although the Williams sisters competing against each other was nothing new—this was their 27th time facing off in a Grand Slam—Venus Williams rebuffed the King-Riggs notion in a press conference. “I’m not sure anything can top Billie Jean King and Bobby Riggs,” she said. In spite of the hype Tuesday, Venus mostly wanted to talk tennis.

Later in her press conference, she added: “Well, I feel like if I cared deeply about what people thought of me, I probably would have never made it out of Compton, California. So my whole thing is to live up to hopefully my own expectations, which is the hardest thing to live up, anyway, probably to your own expectations than to other people’s. So if I can live up to that, then I’ll be all right.”

Ironically enough, the sisters themselves tuned out of much of the coverage.

“I didn’t really listen to a lot of the press and read anything about it,” Serena Williams said to reporters Tuesday night. “So I kind of was in a hole and I didn’t turn on my TV and didn’t watch any of the matches yesterday, men or women. I didn’t really live in that world. But, yeah, it’s a big topic because I think it’s the greatest story in tennis because we really — you know, with our how we started and how we grew up and how we were able to win Championships and be, you know, such inspirations for so many women across the globe, I mean, it doesn’t get better than that.”

Next, Serena Williams will play Italy’s Roberta Vinci in the semifinals, inching her way toward a calendar-year Grand Slam. Williams, known for her honesty in interviews, was asked what the most satisfying part of Tuesday’s match was.

“Walking off the court and it being over with,” she said.