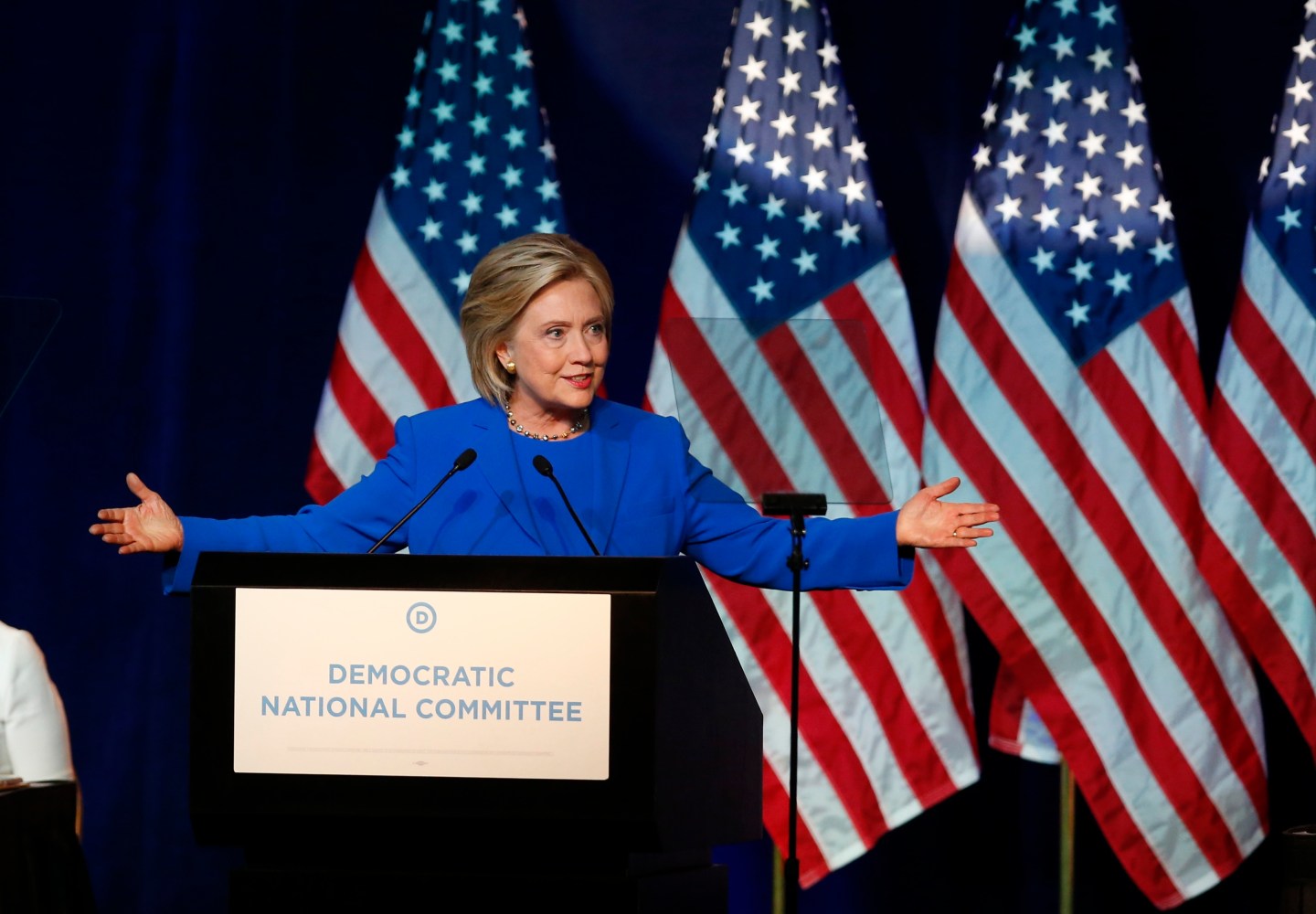 The requirement, which the SEC would enforce, is part of a sweeping set of campaign finance reforms that the Democratic frontrunner is rolling out this week to tackle what her campaign calls the “stranglehold that wealthy interests have over our political system.”

The disclosure proposal isn’t new. A handful of shareholder groups have been pushing companies for more than a decade to volunteer information about their political spending, and more than 140 S&P 500 companies now do so. Last week, 44 Senators — including Vermont independent Bernie Sanders, so far Clinton’s stiffest 2016 challenger — wrote SEC Chair Mary Jo White urging her to mandate that reporting. But the SEC has so far resisted any rulemaking on the subject.

Federal law prohibits companies from giving directly to candidates from corporate coffers, though they can hand over four-figure sums through political action committees that regularly disclose their activities. But the Supreme Court’s 2010 decision in the Citizens United made it possible for companies to end-run that disclosure, and give in unregulated amounts, by contributing to so-called social welfare organizations that can shield their contributors and in turn funnel money to super PACs.

Clinton, in a statement released with her plan, pointed to the torrent of anonymous money the decision has allowed to flow into the process. “Our democracy should be about expanding the franchise, not charging an entrance fee. It starts with overturning the Supreme Court’s Citizens United decision, and continues with structural reform to our campaign finance system so there’s real sunshine and increased participation,” she said.

Clinton’s plan calls for overturning the decision by appointing Supreme Court justices who oppose it while pushing a constitutional amendment to undo it. It endorses new legislation forcing outside groups heavily engaged in electioneering to disclose their donors — and an executive order requiring federal contractors to report all of their political spending, too. Finally, the proposal outlines a plan for empowering small donors by setting up a public matching system for their contributions.

Clinton’s pitch won strong early reviews from good-government groups. “The specific endorsement by Clinton of the transparency measures the executive branch can implement like the SEC requiring corporate political spending disclosure and the executive order on contractor disclosure is an important step,” Lisa Gilbert, director of Public Citizen’s Congress Watch division, said in a statement. “We hope Clinton pushing for these necessary, no-brainer reforms will push the SEC and others to move on these policies now.”

Fred Wertheimer, president of Democracy 21, called it a ‘very important and valuable” proposal that “contains essential elements to repair our corrupt campaign finance system and to restore the integrity of our elections.”

The rollout comes as Clinton is seeking something of a campaign reboot after a difficult summer. Questions surrounding her use of a private email server during her tenure as Secretary of State continue to dominate press coverage of her bid, and her standing in the polls has suffered as a result. Tomorrow, she’ll get yet another Democratic challenger — albeit an exceedingly long shot — when Lawrence Lessig, a Harvard professor and campaign finance reform crusader, launches a quest for the nod. He’s planning to run as a single-issue candidate, focused on a suite of government reforms that pairs a campaign finance overhaul with reforms to Congressional district-drawing and voting access.