Is modular technology the next ‘it’ trend? 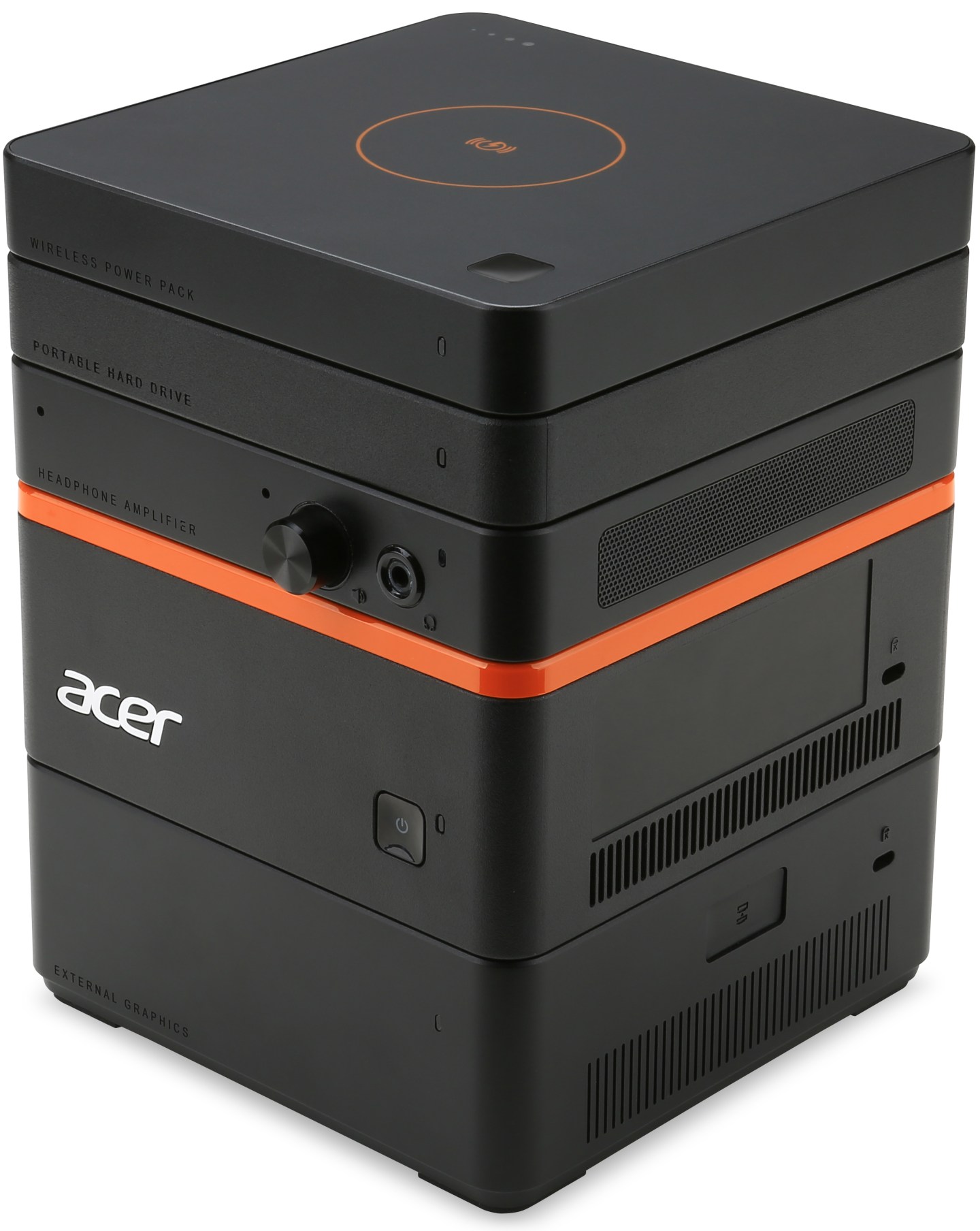 The Revo Build Series from Acer is a modular PC that stacks components like LEGOs.
Acer

Is DIY customization the next big thing in the consumer tech world?

Consumers can build their own computer by stacking pre-made “blocks” one on top of another. In a matter of seconds, consumers can swap out a hard drive for a storage block by simply placing it on top of the computer’s core block, which includes 8GB of RAM, SD card slot, DisplayPort and Ethernet.

For example, users can add features like speakers and microphones to their computer by stacking an audio block on top of the computer’s base, while another separate block would allow wireless charging. The blocks would continued to be stacked vertically and, in the end, appear just like a toy Lego tower.

The Acer Revo Build Series is part of a growing trend of “modular” products that offer gadget owners the ability to quickly upgrade their machines without having to buy new expensive devices.

Modularity is commonplace in manufacturing where standard components are used to build vehicles and PCs, among other products. However, modularity has never been offered to consumers on such a major scale. Historically, in order to upgrade a computer, tech experts would need to break open a PC and swap out its parts with compatible supplies, which could take hours.

The complexity of the job and the potential pitfalls left many determining that the risk was too high. Instead, a culture of throwing out old machines and buying new, upgraded alternatives has become the norm. Indeed, the upgrade lifecycle has proven to be the lifeblood of the technology industry, allowing companies to sell new products on a regular basis.

Despite that, the modularity trend continues to march forward and tech giant Google (GOOGL) is leading the charge.

When Google sold Motorola to Lenovo in 2014 for $2.9 billion, the company negotiated a deal to keep a technology called Project Ara within its ranks.

Project Ara, which was first unveiled by Motorola in 2013, hopes to create a modular smartphone that allows users to quickly swap out components, like a camera, with ease. Consumers would buy a Project Ara device and pick and choose the components they want included in their phone. They can then also buy new components to replace old ones at a later date and time. All the while keeping the same device and using a standardized input that would allow any company—not just Google—to design components that plug into the smartphone.

“Project Ara seeks to create an open, modular, mobile hardware ecosystem much like the software ecosystem,” Rafa Camargo, systems engineering lead for Project Ara, told Fortune. “Such an advance would allow developers to bring their technological developments to market faster. Together, the platform and partners would create new choices and possibilities for users worldwide.”

Such an ecosystem could dramatically change the industry. Today, many companies spend a lot of time building entire products, but if a new, modular ecosystem develops, many firms could instead focus on building smaller, less expensive components that could be plugged into a device. Their costs would be lower and consumers would pick the features they want most from the companies of their choosing.

Phonebloks is another company that is hoping to see the industry embrace modular products. The organization says its goal is to ultimately reduce electronic waste and foster an environment in the technology industry that allows for more user control over devices.

“Modular has the potential to give the opportunity of choice to the people and enables for longer product life cycles, thereby reducing (electronic) waste,” Gawin Dapper, chief technology officer at Phonebloks, told Fortune. “When executed well, it also lets users choose their personal configuration and when using open standards, it also makes innovation more approachable.”

Modularity could also open a new world for children. One Education, a small social enterprise is building a modular computer called Infinity that makes it easy for children to turn a touch screen tablet into a notebook, as well as add camera functionality (and other core components). The organization says it has also initiated a program to help children access technology both in developed countries and emerging markets.

“Our mission is not to bolster returns to shareholders, we have none. Our mission is to prevent the digital divide before it forms,” the organization says on its website, referring to inequality in access to technology between countries. “That’s why we created a computer that is universal. Every Infinity and module sale contributes to the distribution of Infinity computers to schools and communities around the world who would otherwise go without.”

Still, modularity success isn’t guaranteed and neither Project Ara nor the Acer Revo Build Series has launched just yet. Both companies are also competing against a technology industry that has long clung to the idea of companies deciding a product’s components, leaving consumers with little control.

However that doesn’t mean Google and the others aren’t trying. Indeed, Google is aiming high with modularity.

“The smartphone is one of the most empowering and intimate objects in our lives. Yet most of us have little say in how the device is made, what it does, and how it looks, and 5 billion of us don’t have one,” Google says on its Project Ara website. “What if you could make thoughtful choices about exactly what your phone does, and use it as a creative canvas to tell your own story? Introducing Project Ara. Designed exclusively for 6 billion people.”