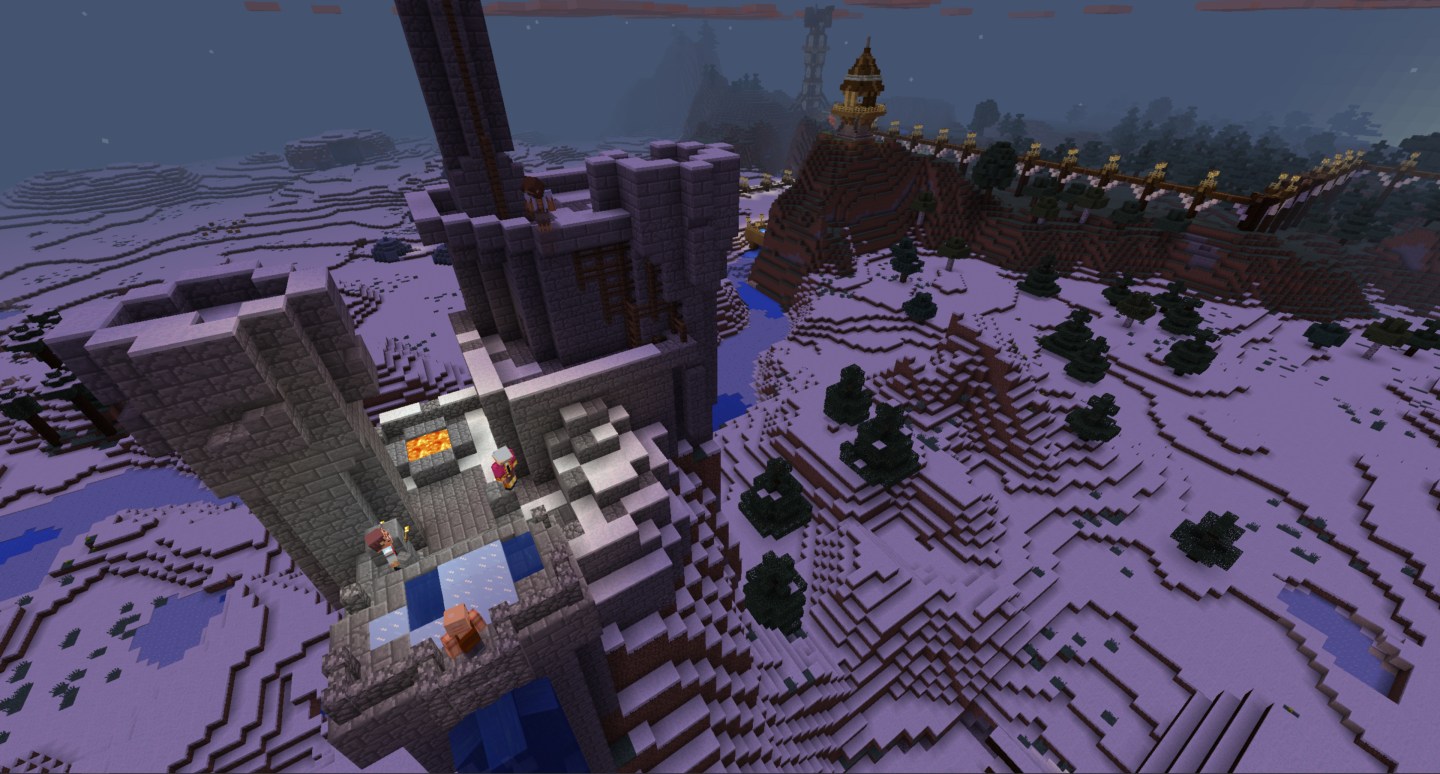 Since acquiring Swedish game studio Mojang last year for $2.5 billion, Microsoft has been letting the Minecraft development team, and huge fan community, stay its course. And for good reason, as the game has over 100 million registered users around the globe and remains atop Google’s YouTube lists for most popular “Let’s Play” video game videos.

“Minecraft has a successful history of being in tune with what the community wants when it comes to the incremental advancements of the game over the years,” Matt Booty, corporate vice president of Microsoft Studios, says. “Our team at Redmond has been working with the Stockholm team to continue that step-based development style, rather than releasing a Minecraft 2.0.”

Even though Microsoft (MSFT) isn’t working on a sequel, it is expanding the franchise, which recently launched on Windows 10. There’s also a team working on an augmented reality Minecraft: HoloLens Edition, which was previewed at the E3 video game convention in Los Angeles in June.

“One big goal for the future is to bring Minecraft as one game across all the platforms we’re supporting currently, and hopefully expand it to other platforms,” Jonas Mårtensson, CEO at Mojang, says. “We just released a Windows 10 Edition beta, which marks the first time you can play across different platforms—from PC to a mobile device. The future of the game lies there, allowing our players to access the game on different devices but be able to play together.”

In addition to the new versions being working on, a special MinecraftEdu version of the game developed by Mojang and TeacherGaming is currently being used 5,500 teachers in 40 countries to teach everything from STEM to language to history.

“With the experience we now have with Microsoft, we can put effort into making something really great with Minecraft Education,” Mårtensson says. “It’s grown organically with enthusiastic teachers using it in the classroom and it became more formal with the Edu Edition, and we’re putting more into that project with Microsoft, which has the reach and contacts to scale the program.”

The reason educators are turning to Minecraft in classrooms is because kids are enthralled with the game world, which encourages creativity and sharing. Booty believes that’s one reason why Minecraft has been able to continue its growth rate despite competition from other larger, established game companies. Most recently, Warner Bros. Interactive Entertainment is taking on Minecraft with LEGO Worlds.

“There is an organic complexity to Minecraft that is difficult to duplicate, and challenging to set out and create from the start without letting it evolve naturally,” Booty says. “It allows the players to do whatever they want to do within a very well defined sandbox. The game doesn’t try to be complex, but it does allow the player to create a lot of complexity within it. It’s a different experience to everybody.”