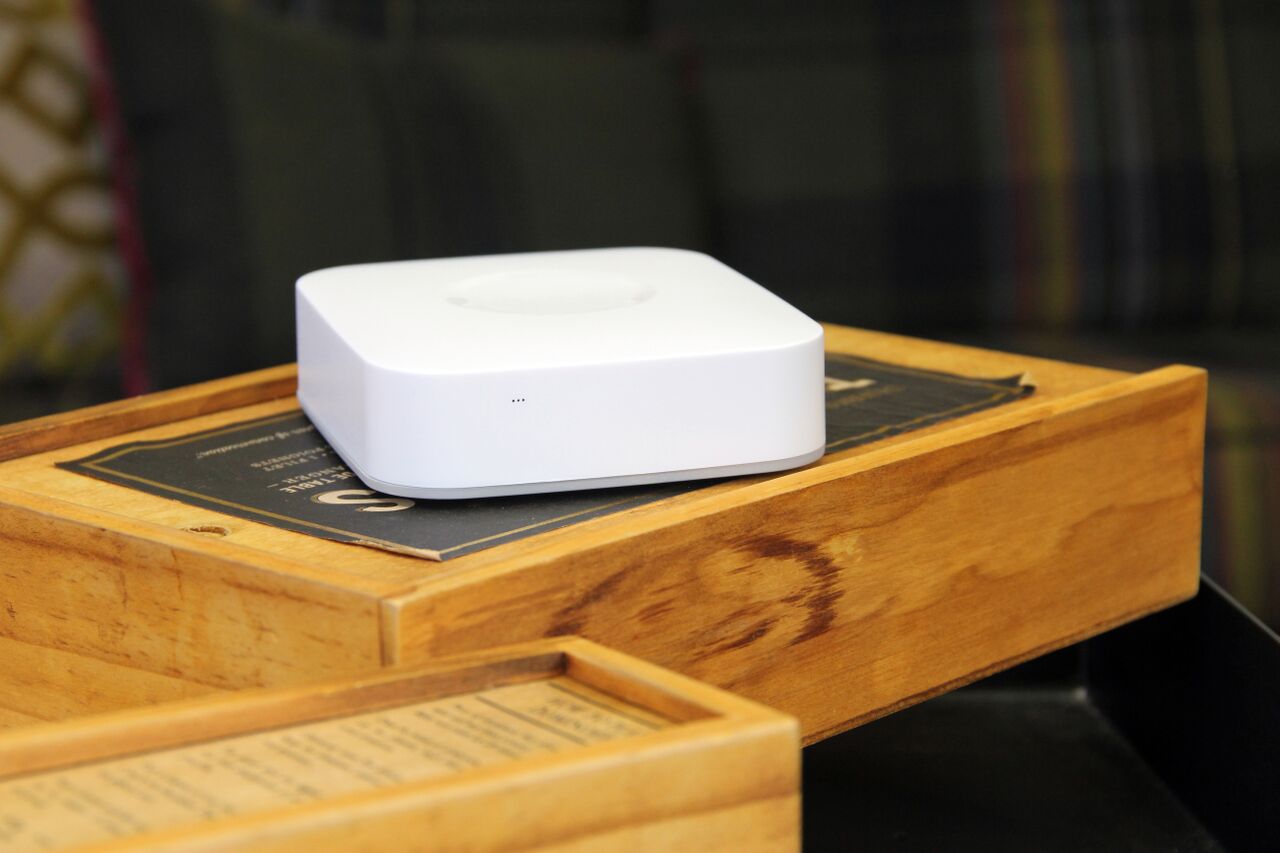 SmartThings, the smart home company Samsung bought last summer, has launched its second generation home automation hub and a new services model it plans to open up to other developers.

The company’s new hardware adds new radios and the ability to control automation tasks even if the home is disconnected from the Internet. It also gives users visibility into their homes by connecting to cameras for the first time in the company’s three year-history. The cameras are also essential for its first premium service offering, a cloud storage and monitoring product that will let homeowners track their home from any number of cameras for a set fee.

The $99 hub will hit online stores in the U.S. Thursday, and will arrive in undisclosed brick and mortar stores in October. SmartThings will also ship internationally for the first time, starting with a U.K. launch later this month. The updated hub also gets a completely new app that is more intuitive, and that will work with a new line of SmartThings sensors that are much smaller than older versions. The sensors cost between $30 and $55, depending on the sensor. They range from water leak sensors and open close sensors to presence tags that a homeowners can put on a dog or a person to track when they enter or leave the house.

Because SmartThings’ claim to fame is being an open platform, the hub will also work with over 200 devices, although they do not include the popular family of products from Nest or Apple’s upcoming HomeKit products. SmartThings CEO and founder Alex Hawkinson tells Fortune he is open to supporting HomeKit and loves Apple products, but he’s been disappointed so far by the proprietary hardware and he hasn’t seen much value in adding support for it given the ecosystem’s current maturity. However, he says that he could add the necessary hardware with an expansion device that would plug into the hub, and is completely open to doing so if warranted.

The second generation hub has been promised since the CES trade show last January, when Samsung CEO BK Yoon introduced Hawkinson during a speech proselytizing an open Internet of things. At the time, Hawkinson said the hub was expected in May, but he tells Fortune that completely revamping the app and planning an international product launch caused the launch to be delayed.

Hawkinson is most excited about the changes the company has made to its app and how it’s trying to build a program that lets developers build their own apps and services on top of the SmartThings platform. For example, the company has launched the first such paid service with Smart Home Monitor, which stores video clips from multiple cameras and lets homeowners create lists of people to contact if a sensor or camera detects a problem. The service will be free though the end of the year, at which point SmartThings will start charging $4.99 per month. Live monitoring will stay free.

Because people tend to be sensitive about cameras in their home, Hawkinson says that they only store data on the device and don’t send the information to the cloud unless the user tells the hub to do so. It’s also why camera support took so long to be added to the device. Hawkinson expects other companies to build security services, such as a 24-hour monitoring service, based on the SmartThings hub, and he plans to build a revenue share model around that business. This is a big step for SmartThings, which was one of the first smart home automation companies to launch back in 2012 with a Kickstarter.

As part of Samsung, SmartThings has plenty of backing. But it also has a lot to prove as a significant part of its parent company’s effort to attract other device makers to join its vision for a neutral and open smart home.

With this new hub, SmartThings is looking to reach the mainstream consumer. If it can do that, it will have more leverage to force other companies to play along with its open ideals.

This story was updated with the monthly charge for the Smart Home Monitor video storage service.