Get ready for the boom in TV divorce comedies 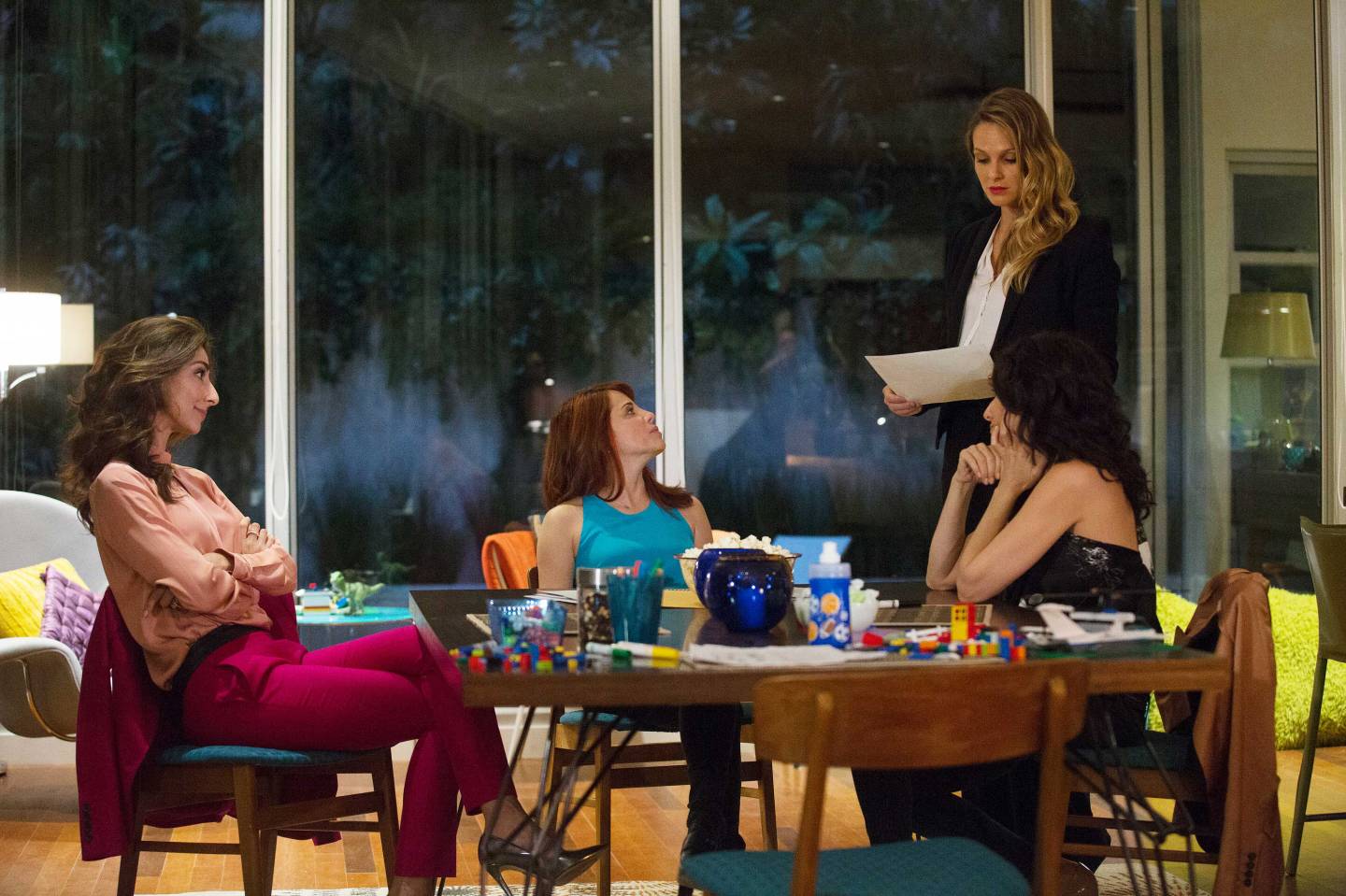 Divorce is no laughing matter. Unless it’s on TV, apparently.

The TV world is about to see a boom in shows about divorced women—many of which are also run and/or written by women. Girlfriends’ Guide to Divorce (#GG2D) starring Lisa Edelstein returns to Bravo for a second season this fall. HBO has ordered a half-hour single-camera comedy from Sharon Horgan called Divorce starring Sarah Jessica Parker (in her first return to TV since Sex and the City). Shonda Rhimes and Betsy Beer are also in on the trend, having just announced that they’re developing a new divorce comedy penned by Emily Halpern and Sarah Haskins (who wrote The Trophy Wife). Then there’s TV Land’s Younger, created by Darren Star and based on Pamela Redmond Satran’s novel, in which Sutton Foster plays a 40-year-old divorcé who pretends to be 26 in order to re-enter the job market.

What is it about female-driven comedies featuring divorce, one of life’s top two stress events (after death of a spouse), that seems to be hitting a nerve—and possibly a funny bone?

Marti Noxon, creator of Girlfriends’ Guide to Divorce (who also co-created UnReal), says that when they were selling her show, “ People would say, what’s the high concept of your show? We’d say, ‘You know that thing that happens to 51% of all married people.’ Weirdly it was a big idea.”

While this statistic is ubiquitous, it’s no longer entirely accurate. After Gwyneth Paltrow and Chris Martin announced their conscious uncoupling last year, the New York Times debunked the oft-quoted “50% of marriages end in divorce,” reporting that current trends indicate two-thirds of unions will survive. Reasons range from people marrying later to birth control and the feminist movement.

Still, a high percentage of the population is touched by divorce—if not directly, then through a relative or friend. One interesting fact is that two-thirds of divorces are initiated by women. This may tell us something about why most of these new shows are created by women, and feature strong female leads.

To try to get a better handle on why divorce seems to be having a moment on TV, Fortune spoke to Noxon, whose show was one of the first in this mini-trend. The following conversation has been edited and condensed for clarity.

Fortune: Your show is an hour, but it’s still considered a comedy. What was your pitch for a show about divorce?

Marti Noxon: I actually wrote Girlfriends’ Guide to Divorce on spec, in part because at that time the only other [current] show on the subject was Fran Drescher’s show Happily Divorced.

[Editor’s Note: Happily Divorced was based on Drescher’s real life divorce, in which she discovered after 21 years of marriage her husband was gay.]

Even the title said, “this is fun!” There was generally the sense that having a show with the word “divorce” in the title was not focus-group friendly. I was pretty clear that in the tone I was going for, pitching it would be much harder than just writing it.

And how would you describe that tone?

We always say our patron saint of Girlfriends’ is the Richard Curtis-Working Title model (Bridget Jones’s Diary, Love Actually). These are real-ish people; but their problems are real. You know it’s not going to be drag, it’s going to be fun and entertaining, but you’re also going to have to have a real feeling or two along the way.

It still comes up – in terms of changing the title of our show and taking the word “divorce” out. It’s not going to happen, but it’s still something that focus groups prefer not to have in there. And yet it’s such a pervasive thing in our lives. Almost everyone is touched by it and for some reason it’s still a bit of a dirty word.

So how do you explain the appeal?

For me, Girlfriends’ Guide to Divorce was a bit of a Trojan horse. One of the things I was really interested in writing about was sexual politics and relationships between men and women in a world where the woman can be perceived as having as much—if not more—power in the world as her mate or former mate.

And we’ve discovered that the majority of our audience is working women, whether married or divorced. We really see these women on our show having to work for their money. They are privileged, they work in a rarefied world, but they’ve had to earn it. The show deals with women struggling with kid and work issues, trying to discover who they are in their new life, and sort of lead two lives. That’s something a lot of women can to relate to.

Why did you choose to make the show a comedy?

One of the things that’s interesting is the reality we try to show: that you never stop getting divorced. Half of you is trying to push the do-over button and other half is still dealing with your ex—especially if you have kids. And that being in two worlds, is ripe for comedy.

There were comedies in the 70s and 80s that had divorced female characters—Rhoda, Kate & Allie, One Day at a Time. Were there any characters or shows that have inspired you?

It’s been a long time. An Unmarried Woman is how long ago? [Editor’s Note: 1978] For me mostly the inspirations were movies, the kind of characters I was drawn to, even though they have little in common with our shows were like, the Holly Hunter character in Broadcast News. Here’s a woman who’s frantically trying to be great at what she does while contemplating romance.

Also, my sister-in-law’s work [Jenji Kohan] kicked open a lot of doors with Weeds, in terms of unconventional female characters who did some pretty wacky things but were still likeable. I thought a lot about that show too in terms of: “We can do this!”

For the un-divorced, could there be a fantasy appeal or even an aspirational aspect to some of these shows? Younger features a woman getting to start over at 40 as a 26-year-old.

Divorce is a do-over button in some respects in your life. And, let’s be honest: Everyone wants to divorce their spouse sometimes.

Editor’s Note: This story has been updated to remove a mention of Janeane Garofalo, who exited Girlfriends’ Guide to Divorce in the first season.

To read more about powerful women in entertainment check out this video, where the female writers of Mad Men talk about the role of sexism in Hollywood: