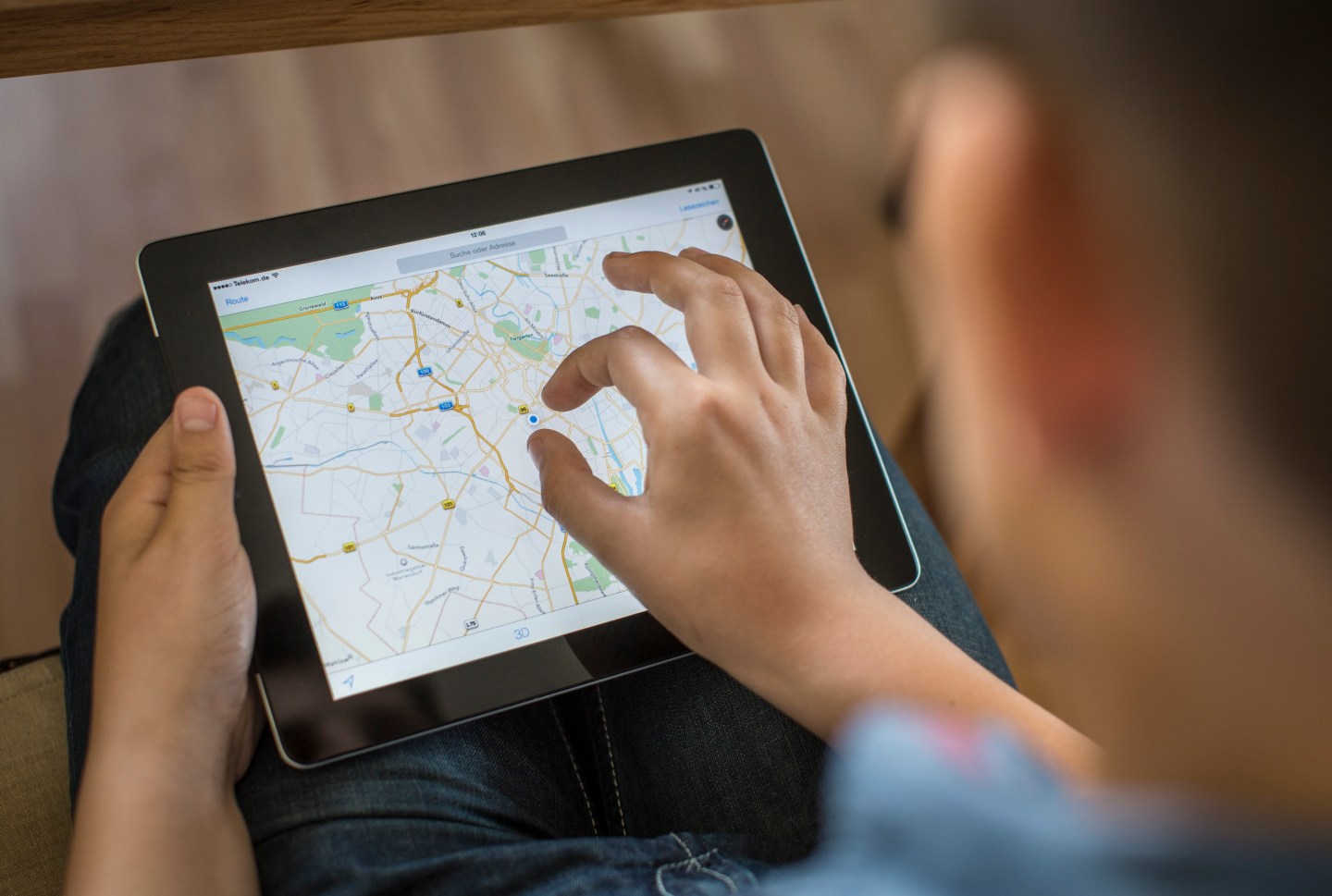 Google (GOOG) was set to launch a new product that added context to one of its most successful apps, Google Maps. But earlier this year, it was shut down by Alphabet CEO Larry Page, according to people familiar with the project.

The product was called Google Here, according to a document obtained by Fortune that describes the project’s specifications. The effort spanned multiple departments and was led by Dan Cath, a strategic partner manager, and the Google Maps team. The launch included partnerships with retailers, including Starbucks (SBUX). Had it launched, Google Here would have been available to more than 350 million Android users by early 2015, with plans to support iOS later in the year.

But people familiar with the project say it was shut down for two reasons: Google Here was potentially too invasive, and the company wasn’t sure if many retailers would want it. (Not helping matters, Nokia has used the name “Here” for its own mapping service.) A Google spokesman declined to comment.

Google Here worked by sending a notification to a smartphone user’s lock screen within five seconds of their entering a partner’s location. If the user clicked on the notification, a full screen HTLM5 “app” experience would launch. Google Here would know when to send the notification via Google Maps and beacons placed in the stores of participating partners. Google planned to supply the beacons to partners for the launch, according to the document. The experience could also be found by going to the Google Maps app.

Some examples of how Google Here might have worked: If you walked into a Walgreens, your loyalty card could automatically appear on the lock screen of your phone. If you walked onto a train platform, a notification could tell you when your train is due to arrive. If you parked your car, you could tap to pay the specific parking meter. If you walked into Starbucks, your phone might buzz to offer a discount if you download the Starbucks app.

The idea was to allow businesses to communicate with people based on their location, even if those people had not downloaded a specific app for that location. Some developers have called this “app-less distribution.”

Developers want app-less distribution because it’s becoming increasingly difficult to reach people on their mobile phones. Smartphone users spend 90% of their mobile time using apps, but they’re not downloading new apps. (Most people download zero apps in a typical month.) Using Google Maps—the sixth most popular app in the U.S.—to facilitate those communications would be one way to reach people. Google could make money in the process.

Google already monetizes its Maps app with sponsored results that show up in searches. But the ability to push notifications to users, rather than wait for them to search for something, would make Google Maps more valuable to advertisers.

The problem is, despite prolonged hype around beacons and in-store advertising, only the largest, most tech-savvy retailers have poured resources into making mobile advertising, mobile commerce, and beacons work. It’s unclear how many of them would invest in building an “app-less experience” inside Google Maps today. Further, Google may be wary of introducing something as annoying and invasive as push notifications into Maps.

Even though Google Here did not ship, Google has not given up on location-based advertising. The company recently launched Eddystone, a developer project for Bluetooth low energy beacons that competes with Apple’s iBeacon. The company will find a way into location-based advertising because it’s the best way to “close the loop” between online ads and offline purchases.