Will tech manufacturing stay in China? 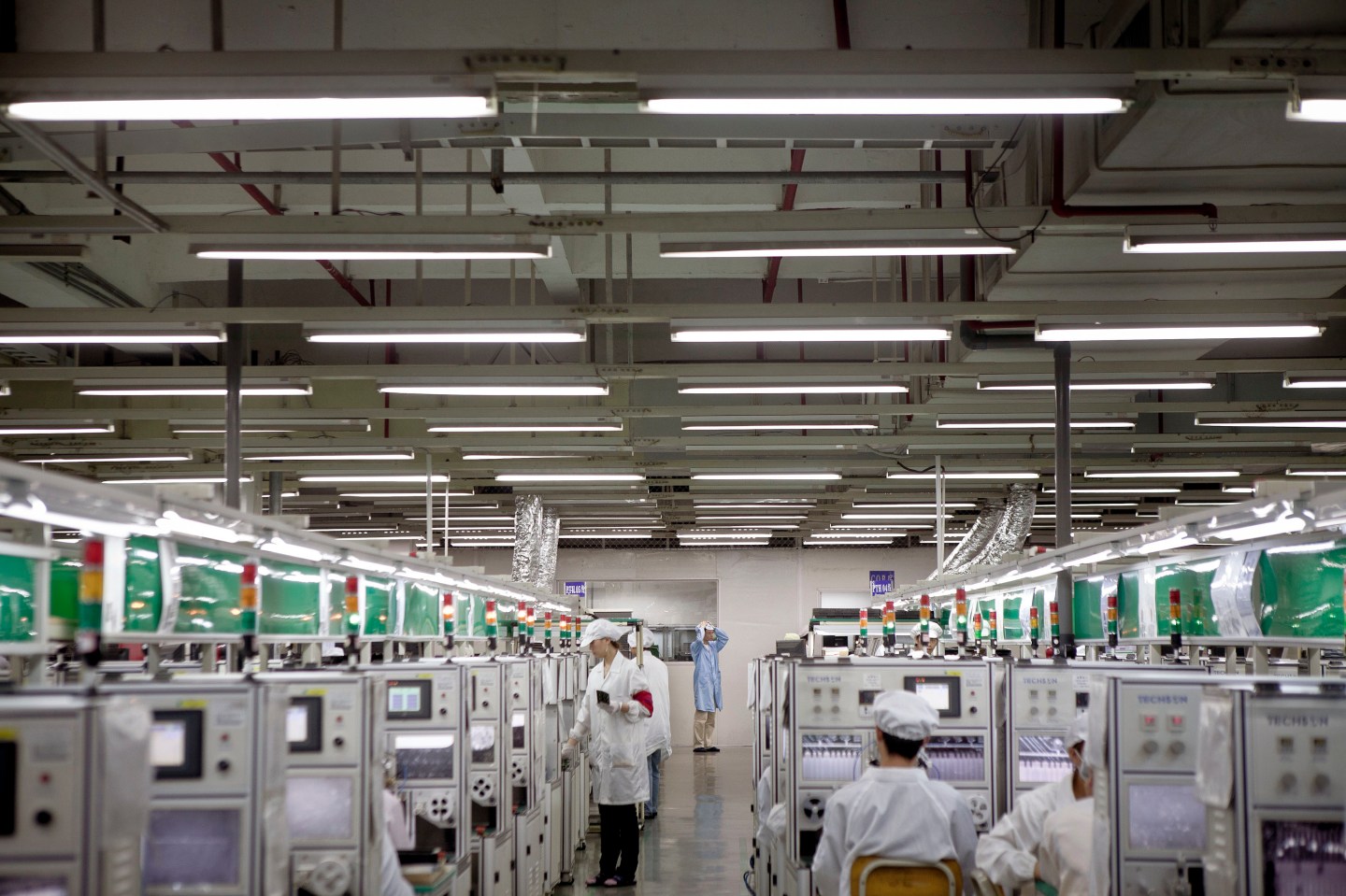 In the past few weeks, the world has been clearly alerted to the many ills of the Chinese economy. But China watchers have been eyeing one worrisome strain for years—labor. The low labor costs that fueled Chinese growth have more than quadrupled since 2006, and labor unrest has also been growing.

That has led some manufacturers, following the same logic that brought them to China in the first place, to move towards still-lower labor cost countries, like Bangladesh and Laos. More surprising, the Boston Consulting Group found in 2014 that more than 50% of manufacturing executives were at least considering shifting manufacturing back to the U.S., whose low-wage regions BCG projects to move within 10 to 15% of cost parity with China, while allowing for better service of the American market.

It’s widely believed that the recent devaluation of the yuan was a move to keep costs down for international producers.

“They’re trying to make sure they don’t have a mass exodus,” says Mickey North Rizza, VP at BravoSolution. “That’s only going to be controlled for so long.”

Low-cost, low-capital manufacturers, such as apparel producers, have already left China in droves, moving not just to southeast Asia, but increasingly the Middle East and Africa. Labor is a larger portion of their costs, and it’s more affordable for them to maintain high inventories to insulate against disruptions. And the move itself is a snap.

“They take some basic machinery, they put it in a shipping container, and they set up again,” explains Shay Scott, managing director of the Global Supply Chain Institute at the University of Tennessee.

Tech manufacturers, though, face a more complex calculation. Observers say that for them, the next ten years may be less about chasing cheap labor, than about diversifying sources and serving regional markets.

“If you rewind 15 or 20 years, companies were using the low labor cost to make what we have always argued were oversimplified business cases,” says Scott. “I think companies are learning from experience that there are a number of other factors that are a bit harder to quantify.”

One of those is infrastructure. Sundar Kanak of SAP’s Ariba supplier network, says that the first global companies to set up shop in China spent years dealing with shoddy roads and electrical grids.

“China has overcome some of those challenges,” says Kanak, “But at the expense of cost.”

Electricity, for instance, has become both more reliable, and more expensive, ratcheting up 15% annually for the last six years, according to Kanak. That’s a particular headache for power-hungry tech manufacturers—but not as much of a headache as the unreliable grids of less-developed countries.

Those rising wages, too, have their own counterintuitive pull. For a start, they reflect greater worker skill. And as more Chinese enter the middle class, they become consumers of the devices they’re producing. In early 2015, Apple sold more iPhones in China than in the U.S. for the first time, one more good reason to keep making them in China.

For a time, manufacturers explored splitting the difference by pushing further into inland China, where labor costs are lower—but the greater risks, Scott says, have kept that experiment from gaining serious traction. It’s a particular nonstarter in tech, where transportation risk greatly increases inventory costs.

And a chip fabrication plant isn’t as easy to relocate as an apparel factory. Moving makes the most sense when technology cycles demand major plant changes—but those cycles can be ten years long. There are also choices to be made, though, when companies expand production, and that seems to be where China is now most vulnerable.

The recent Tianjin port disaster says less about problems particular to China, than about the inherently risky nature of manufacturing too far away from the market. Rather than chasing low cost, tech manufacturers are thinking about operating regionally and keeping supply chains shorter—for instance, manufacturing North American goods in Mexico or South America.

But even regionalization may not be the full extent of future manufacturing shifts. Improving global communication infrastructure, including more flexible cloud-based inventory solutions, are making it easier for companies to find and integrate new sources. That’s one factor contributing to the rise of contract manufacturing, helping companies build supply chains that can change much more rapidly than ever before.

All of which may mean not only that Chinese high-tech growth is at an end, but that there will be no more regional manufacturing booms as concentrated, powerful and sustained as China’s has been.