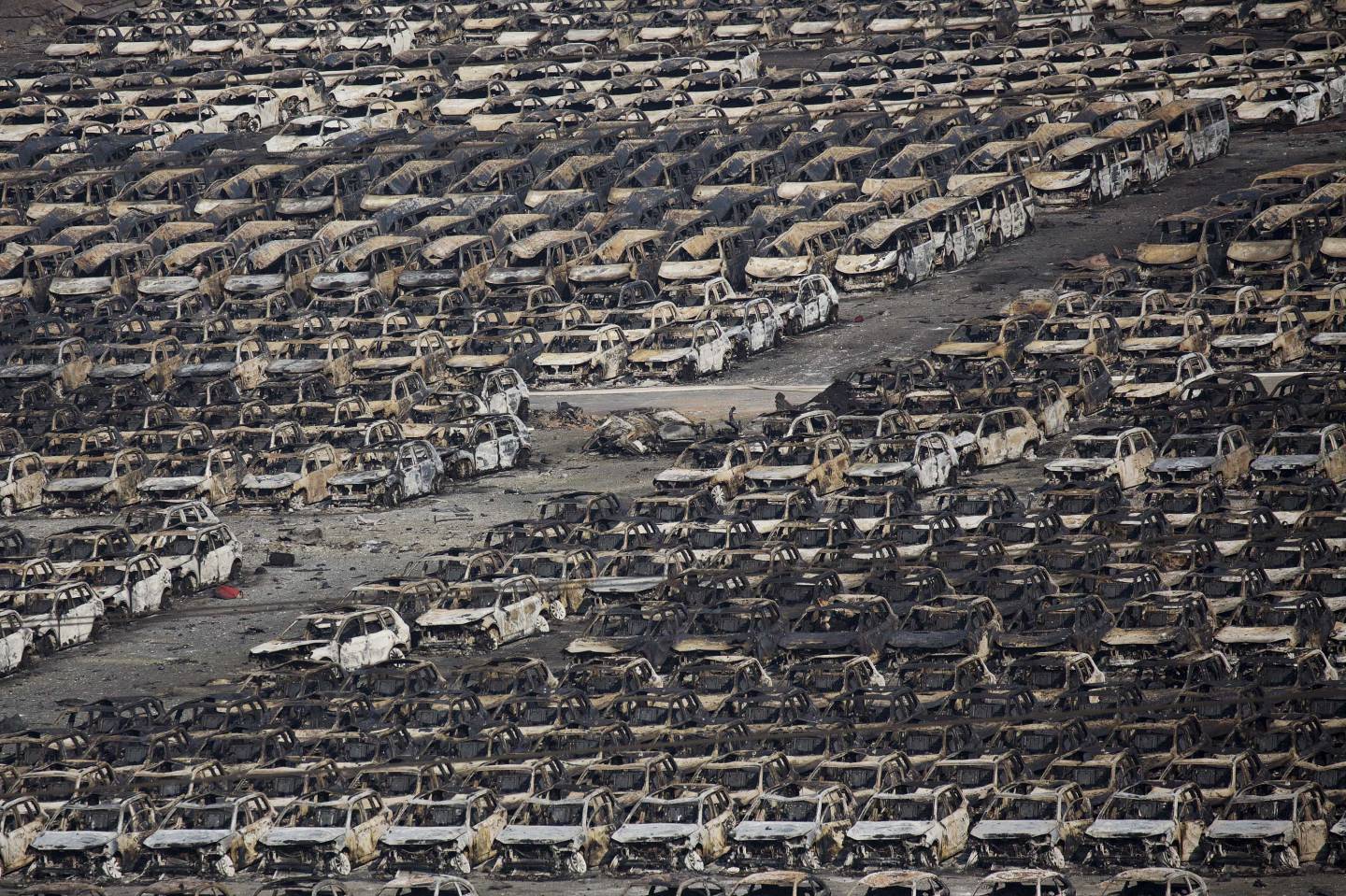 Burnt cars are seen near the site of the explosions at the Binhai new district, Tianjin, August 13, 2015. Two huge explosions tore through an industrial area where toxic chemicals and gas were stored in the northeast Chinese port city of Tianjin, killing at least 44 people, including at least a dozen fire fighters, officials and state media said on Thursday. REUTERS/Damir Sagolj TPX IMAGES OF THE DAY - RTX1O62I
Photograph by Damir Sagolj — Reuters

With flames still flickering following a devastating explosion in the Chinese port of Tianjin, global enterprises are scrambling to assess and respond to the disaster’s impacts on their operations. Tianjin is one of the world’s largest ports, and a primary gateway to the vast array of goods produced in northern China. In a world of globe-spanning supply chains, observers say the impacts of disruption at this key node could be widespread and long-lasting.

“We knew that Tianjin was the biggest thing since Japan’s tsunami or the [2012] Thai flood within minutes,” says Nader Mikhail, CEO of the supply intelligence firm Elementum.

“If you have stuff in or around the port,” says Mikhail, “You’re kind of screwed. It’s frozen.”

Immediate material losses are sure to be immense, and goods from hundreds of international companies were in the port at the time of the disaster. But longer-term shipping tangles may cost even more.

The Journal of Commerce reports that the blast has suspended operations at two of Tianjin’s terminals, though several others were unaffected. Mikhail, citing reports from clients working in the area, estimates at least a week until goods are flowing at even 80% of capacity. The ripple effects following even a partial shutdown will clog the port for weeks, if not months.

“The things that are in [the port] aren’t just TVs, they’re components, they’re bolts,” says Greg Kefer of the supply chain firm GT Nexus. “It’s wreaking havoc on all kinds of companies.”

Among other things, Tianjin was a shipping point for many of the chemicals used in electronics production. The explosion took place at a warehouse of Ruihai International Logistics, which Quartz has reported handled the majority of the hazardous chemicals shipped through Tianjin. Mikhail projects that prices of many industrial materials will rise in coming weeks, particularly impacting the electronics and health care industries.

The disruption comes at a particularly bad time, a little over three months before the kickoff of the U.S. holiday shopping season. Many of the finished goods and materials in port as the disaster plays out would have helped stock store shelves on Black Friday, but are now likely to be delayed.

Shippers are already rerouting goods to alternate ports like Qingdao, and even as far away as Shanghai, both adding trucking costs and putting upward pressure on ocean rates from those ports. If disruptions persist, time-sensitive shippers may resort to what Kefer describes as “heroics”—last-minute measures like hugely expensive air freight shipment.