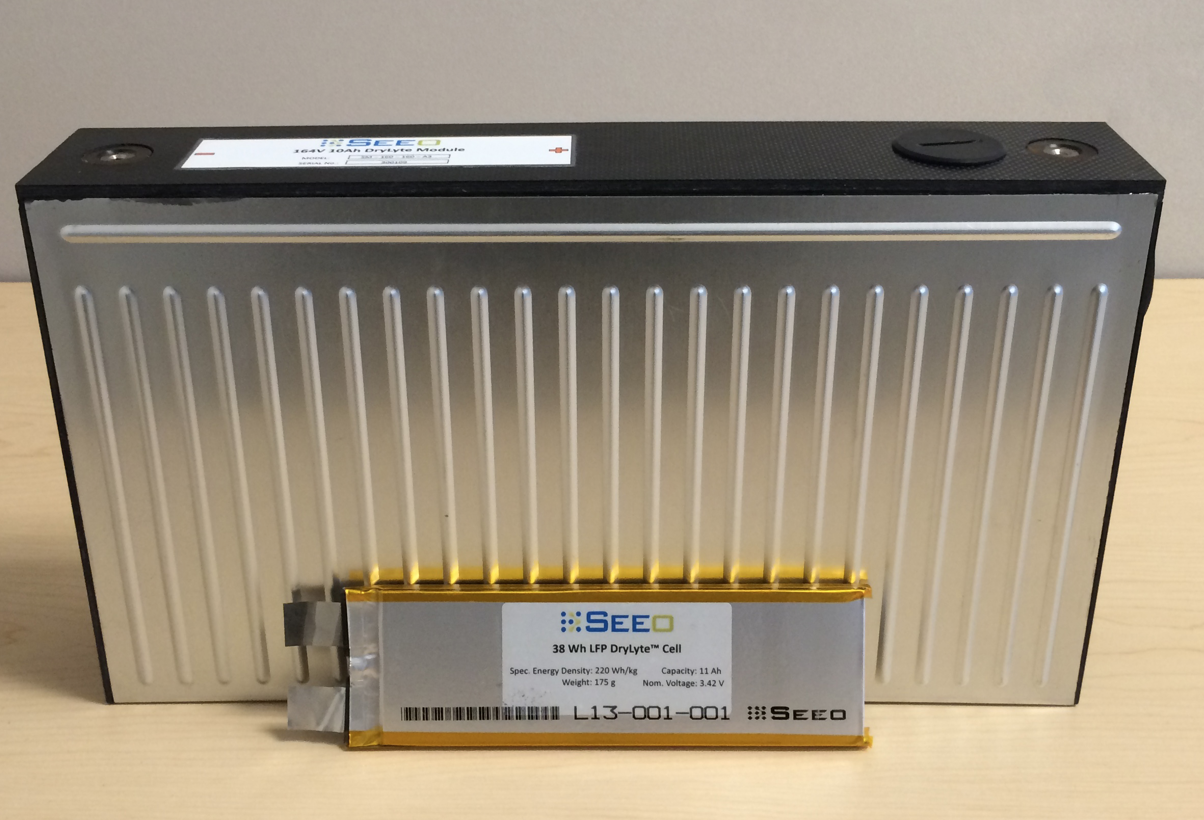 Terms of the deal, first reported Wednesday by Quartz, were not disclosed. But it included Seeo’s intellectual property, its battery production pilot line in Hayward, Calif., and all of its staff, a Seeo spokesperson said.

Seeo, founded eight-years-ago and backed by venture capitalists, has developed a lithium-ion battery that it says is safer to use than the standard ones currently on the market. Its batteries can be used to power electric cars and for storing energy in buildings, paired with solar panels, or attached to the power grid.

Late last year, Seeo CEO Hal Zarem told me the company had started working on a second generation of its battery that could store more energy. Lux Research analyst Cosmin Laslau says in a research note that this new battery is more of a “pivot,” or a change in its business plan, that could slow down the company’s move to commercialize its tech.

A battery is made up of two electrodes—a positive cathode and a negative anode—and a medium, called the electrolyte, through which the electric charge flows. Lithium ions move back and forth between the two electrodes when a lithium-ion battery charges and discharges.

A big part of Seeo’s original innovation is around the medium, or electrolyte. Most traditional lithium-ion batteries use a liquid electrolyte, which by its nature can be flammable.

Seeo instead uses a solid dry polymer for its electrolyte, which is far less flammable than a liquid one. The company combines that with lithium for the anode. The second-generation battery also uses a new material for the cathode that can store more energy.

The initial solid electrolyte battery technology came from Lawrence Berkeley National Laboratory, and Seeo licensed the tech in 2007. The company was founded by entrepreneur Mohit Singh. According to Linkedin, Singh left the company last year.

Seeo has raised tens of millions of dollars in funding from investors including Khosla Ventures, GSR Ventures and Samsung Ventures, the investing arm of the Korean giant. Google’s philanthropic arm supported the company early on, as did a grant from the Energy Department. The company closed a $17 million funding round in December and another $15 million in 2011 after raising $10.6 million in its early days.

It’s unclear how the company’s investors made out in the deal. To just make back the investors return on investment, Seeo would have to be sold for over $40 million.

Lux’s Laslau says that Seeo has a “high appetite for burning through cash,” has “unproven cost claims,” and has some “technical issues.” Laslau says the acquisition came at “a crucial time for the fragile startup.”

Two years ago Seeo was planning on raising a lot more financing so it could build a large factory beyond its pilot production line. But these days, because of a poor track record for battery startups, few investors are willing to put up big dollars for potentially expensive factories to commercialize new battery technologies.

Instead, Seeo’s Zarem told me last year that the company decided to commercialize its technology working with partners instead of building a big factory. Selling to Bosch would fit in with those intentions.

Bosch is a huge German conglomerate that has many businesses. Last year, the company reported total global sales of $65 billion. It declined to comment about its plans for Seeo.

Lux’s Laslau says that the deal is important to highlight how important battery chemistry is for the auto industry. Laslau writes that the deal “is the first instance of a major automotive player outright acquiring a next-generation battery developer, highlighting the strategic importance of advanced energy storage for the automotive value chain.”