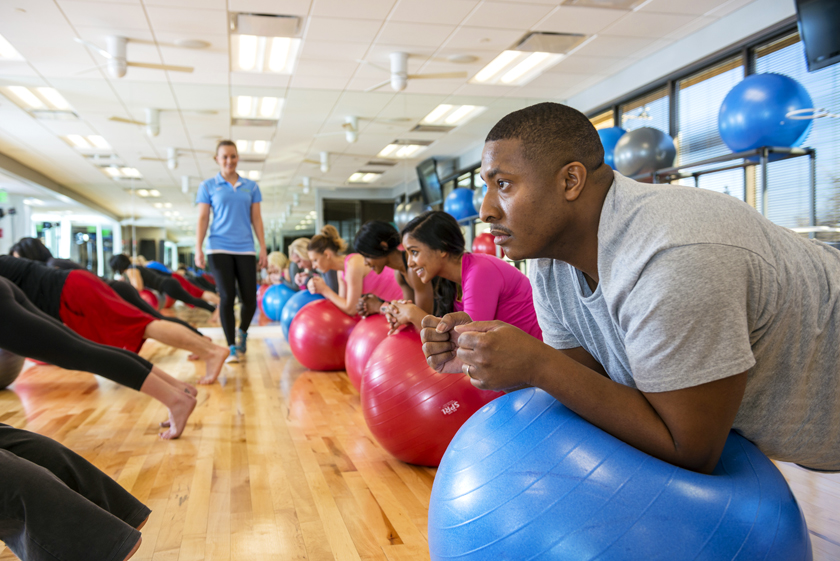 Photo: Jeremy Charles—Courtesy of The Williams Cos.

Think you’re in great physical condition? Bet you can’t hold an abdominal plank position as long as an employee of the Williams Cos.—let alone flex the data to prove it.

Williams (WMB), the energy company most admired by others in its industry, according to Fortune’s Most Admired Companies rankings, controls the flow of roughly 30% of the natural gas used in the U.S.  Many of its 7,000 employees hold very physical jobs, maintaining 33,000 miles of pipes stretching from the Gulf of Mexico to Canada’s oil sands.

Concerns over safety and escalating medical costs led the Tulsa company’s human resources team to take action in the mid-2000s to boost employee health. The results have been impressive: For the past four years, Williams capped increases for medical-claims costs at just 1.8% annually, far below the industry average. It was also able to avoid raising monthly employee premiums.

One key driver is the deal Williams struck last year with Limeade, a fast-­growing software startup based in Bellevue, Wash.  Limeade is part health-data analytics engine, part employee engagement system. It tracks fluctuations in biometrics—from triglyceride levels to blood pressure to waist circumference—that could be problematic on the job, and uses them to encourage participation in fitness programs meant to nip them in the bud.

For Williams, engagement has grown more popular: Almost 60% of eligible employees are registered this year, up 20% from 2014. “The timing of our programs didn’t always fit schedules,” says Scott Graybill, director of compensation and benefits. “We got a clear message about flexibility.”

Limeade supports up to six monthly competitions at Williams. Participants submit results over the web, through a mobile app, or via data collected by fitness bands, watches, or other wearable gadgets. Why bother? An employee could get up to $300 off 2016 medical plan premiums by reaching certain goals.

This year’s favorite activity at Williams was a “plankathon” that required teams to log at least 300 “planking minutes” in June. The activity was picked to reduce the potential for back and joint injuries associated with inadequate abdominal core muscle strength, a common concern for the company’s workers.

“If you can capture the essence of the culture, you have more of an opportunity to succeed,” says Limeade CEO Henry Albrecht. Kohl’s (KSS) and VF (VFC) (parent of North Face, Vans, and 7 For All Mankind) are among the startup’s 160 customers.

Limeade is one of several tech companies tackling the business of benefits at self-insured employers, which constitute 30% of U.S. companies and cover about 100 million workers. Another is Jiff in Palo Alto, which serves 20 companies, including Qualcomm (QCOM). At one company, Jiff tripled the number of employees using certain preventive health benefits, CEO Derek Newell says.

“This,” he adds, “is the next wave of human capital management.”

A version of this article appears in the September 1, 2015 issue of Fortune magazine with the headline “Gym Class Heroes.”