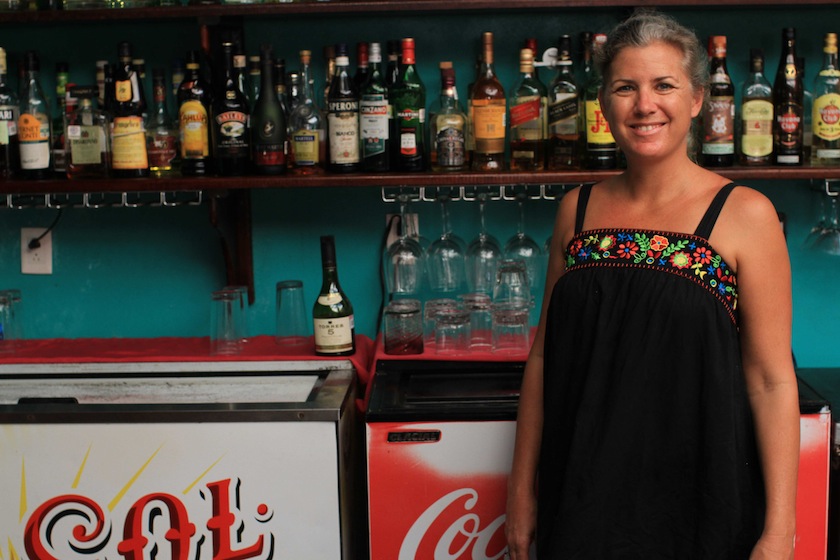 Sitting under the heavy mid-day sun on the rooftop pool patio of the Hotel Cacao in Ciudad del Carmen, Raymundo Muñiz, the hotel’s charismatic events director, looked passed the well-dressed tourists lounging at the tables nearby and out at the glimmering, calm Caribbean Sea. Several blocks from the beach, the view from the Hotel Cacao is obstructed by rows of hotels and luxury residences, part of a real estate boom that has turned the area into one of Mexico’s most successful tourist destinations.

“In the last six years, Playa del Carmen has grown more than even Cancun. Development is moving up the Riviera Maya,” he explained. Raymundo looked out at the buildings in the area, “this hotel wasn’t here, the Hyatt wasn’t here. There’s been a ton of growth,” he added.

While some resort cities on Mexico’s Pacific Coast have been hit by hard times, the tourism industry in the Riviera Maya, which sits along Mexico’s Caribbean coast on the Yucatan Peninsula, is growing at a torrid pace. In 2014, a record-breaking 25.9 million U.S. citizens visited Mexico. The nation remains the most popular destination for U.S. tourists. And despite the release of two travel warnings from the U.S. State Department, visits to Mexico actually increased by 24% in 2014 after a decade of stagnation.

While Tulum, which sits along the southern end of the Riviera Maya, continues to be seen as an oasis from violent crime, the area of Baja California near the beach city Los Cabos has been hurt by a recent uptick in organized crime-related violence. The coastal city of Mazatlan in Sinaloa made the news in 2014 as the site of the capture of crime boss Joaquin “El Chapo” Guzman. The tourist town of Puerto Vallarta sits on the coast of the state of Jalisco, an area affected by the emergence of a new military-style drug cartel. No Pacific Coast city, however, has fared worse than Acapulco, a once-great beach town that has suffered through a terrifying period of cartel warfare and still convulses with daily reports of local gangs murdering, extorting, and robbing residents.

The Riviera Maya, on the other hand, is in the midst of a boom. In 2014, the airport in Cancun received more than 17 million visitors, up from 15.9 million in 2013. The island of Cozumel off the coast from the resort city of Playa del Carmen, saw a 24% jump in cruise ship arrivals.

Since 2000, the Riviera Maya has seen the construction of over 100 new hotels. Overall, the number of tourists visiting the region doubled from just under 2.2 million in 2005 to more than 4.4 million in 2014.

Sitting at a table inside her restaurant, Jennifer Smith, the amiable owner of the Turtle Bay Café in Akumal, explained, “We’re so far away from other parts of Mexico that have had problems with drug cartels. It’s very safe here.

“It’s safer here than in Orlando. People go to Disney World and nobody thinks twice about going to Orlando,” Smith said.

The state of Quintana Roo, where the Riviera Maya is located, reported 123 murders in 2014, which is roughly 7% of the 1,719 homicides reported in Guerrero during the same period.

The Riviera Maya has benefited from the perception of safety, not to mention its pristine Caribbean beaches. Smith, who has lived in the area for 17 years explained, “There’s been a huge change. Ciudad del Carmen was just a tiny town when I got here. Tulum was just a hippie refuge that started to change 10 years ago.”

Susan Bohlken, owner of Zamas, a hotel located on a quiet stretch of beach in Tulum, has also watched the area evolve for two decades. “Tulum has really transformed,” said Bohlken, who moved from San Francisco in 1993. “This entire coast has been developed since we first came to the area. There were about four or five small hotels in Tulum and not more than 30 in Playa del Carmen.”

Perhaps no hotel exemplifies the evolution of Tulum better than Ana y Jose. Walking through the hotel’s main entrance, Evelyn Rigonat, a 29-year-old Argentine expat who now works as the hotel’s concierge explained, “it’s all been updated over the last five years.” While the essence of the beachside cabaña has been preserved, the no-frills cabins that once dotted Tulum’s coast have transformed. Rigonat nodded toward a small private swimming pool hidden behind one of the houses. “We have 23 rooms and one villa. It’s suite style, no unit is connected to any other,” she explained. Ana y Jose’s cabañas cost between $500 and $900 a night during the high season and cater to a global mix of affluent professionals. “It’s diverse, about 30% [of the guests come] from the U.S., 30% from Mexico, and 30% from the rest of the world,” Rigonat added.

Tulum and the rest of the Riviera Maya may be evolving rapidly, but the area hasn’t lost its unique qualities. At Taqueria Don Beto, Joel Samuel, a young chef who primarily speaks Mayan, the local indigenous language, lifted a heavy pan filled with a whole, slow-roasted pig, the raw material for the area’s delicacy, cochinito pibil tacos. While scraping off a plateful of pork, Samuel explained, “10 years ago, there was nothing. Now, there are so many people. [We get] 200 or 300 a day.”

“It’s good for the hoteleros, the restaraunteros, the taqueros. A lot of people are living better now,” he said.