China can’t take all the heat for stocks’ big selloff 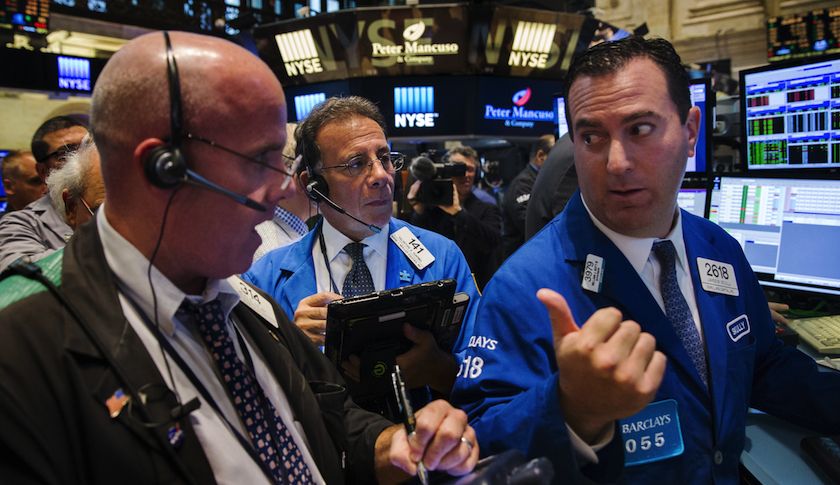 Is China really to blame for the recent global market meltdown? While much of the Western press fingered the crashing Shanghai stock market as the spark that lit the powder keg, the Chinese government disagrees, saying the sparks really came from the U.S.

Yao Yudong, head of the People’s Bank of China’s Research Institute of Finance, told China’s Xinhua News Agency on Tuesday that the expected U.S. Federal Reserve rate hike next month was the true “trigger” for the volatility in global markets Monday and that the Chinese government’s actions (or inaction, as it may be) weren’t responsible.

While the Chinese government is clearly trying to shift the blame, it, unfortunately, does have a point here. The Shanghai Composite index has been in free fall for almost two months now with little to no impact on world markets. Why is the volatility in the Chinese stock market just now causing global panic? True, the Shanghai market fell a whopping 8.5% on Monday and another 7.6% on Tuesday before slipping just 1% Wednesday, but moves that severe aren’t uncommon in China’s volatile stock market, and they rarely, if ever, impact other Asian markets, let alone those in the U.S. It’s the U.S. markets that push and pull the smaller Asian and European markets—it isn’t the other way around.

The Dow Jones Industrial Average fell nearly 500 points on Friday, well after the Chinese markets had closed for the weekend. The Asian markets therefore had to wait until Monday to react to the drop in U.S. stocks, which they did, exacerbating the massive selloff already in progress.

So is the U.S. really to blame here, and if so, how? The Chinese say it all roots back to the Fed and its zero-interest-rate policy. U.S. stocks have been pretty flat ever since the Fed announced last year that it was ending quantitative easing and was serious about raising interest rates back up from zero. The Fed failed to raise interest rates in June of this year and is now largely expected to raise rates at its next meeting in September. Throughout the summer, Fed bankers have been pretty outspoken about their views on a rate hike, with some saying it is going to happen, no matter the impact on stocks.

While all this is true, it doesn’t really explain why U.S. markets would choose now, of all times, to fall off the wagon and drag the Chinese market—and the rest of the world’s exchanges—down with it. After all, a September rate hike has been priced into the market for months. It’s not like the Fed came out last week and raised rates by surprise.

So if it wasn’t the fault of the U.S., then why did all those markets fall? Well, the weakness in China stems from stocks there being massively overvalued and has nothing to do with the Fed. As the Chinese themselves pointed out, the market had already been in free fall for months. While the hiccup in the U.S. last week may have hastened the fall in China’s stock market on Monday, it didn’t cause its collapse—stocks in Shanghai still would have dropped. Oh, and the Chinese government’s decision to lower interest rates and decrease bank reserve ratios won’t solve the problem, either. The Chinese market will continue to fall until valuations come back down to earth.

The whole collapse needs to be put into perspective: It’s important to understand that only 7% of Chinese people invest in the stock market, so its place in China’s investment universe is relatively low compared to that of markets in Western countries. Chinese investors prefer to put their money in more tangible things, such as property. Now if the Chinese property bubble bursts, which many have predicted was imminent for, well, going on a decade now, then we will see a meaningful impact on Chinese wealth. Such a bust really would have global implications, as it would force Chinese consumers to truly rein in their spending (no more organized trips to U.S. outlet malls to buy Coach bags). But this isn’t happening—at least not yet, so China’s wobbly economy probably won’t be shaking up world markets anytime soon.

As for the U.S., it really isn’t to blame for Monday’s volatility, either—well, not entirely. The fact that it is the end of summer and people are on vacation has something to do with the weird numbers we saw on Monday’s open. In reality, the market was never truly down 1,000 points as was reported—those initial numbers were the result of illiquidity and algorithmic trading programs run amok, not real trades. That’s why the market quickly corrected from those frightening numbers. And while U.S. stocks ended down both Monday and Tuesday, the losses are far from crashworthy.

To be sure, the Fed’s actions going forward will eventually have an impact on global markets, but the only surprise now would be if the U.S. central bank chooses not to raise interest rates as expected next month. If that happens, which some economists are now predicting, we will see a huge rally in the global markets. Now that’s a “trigger” that the Chinese government could probably live with.