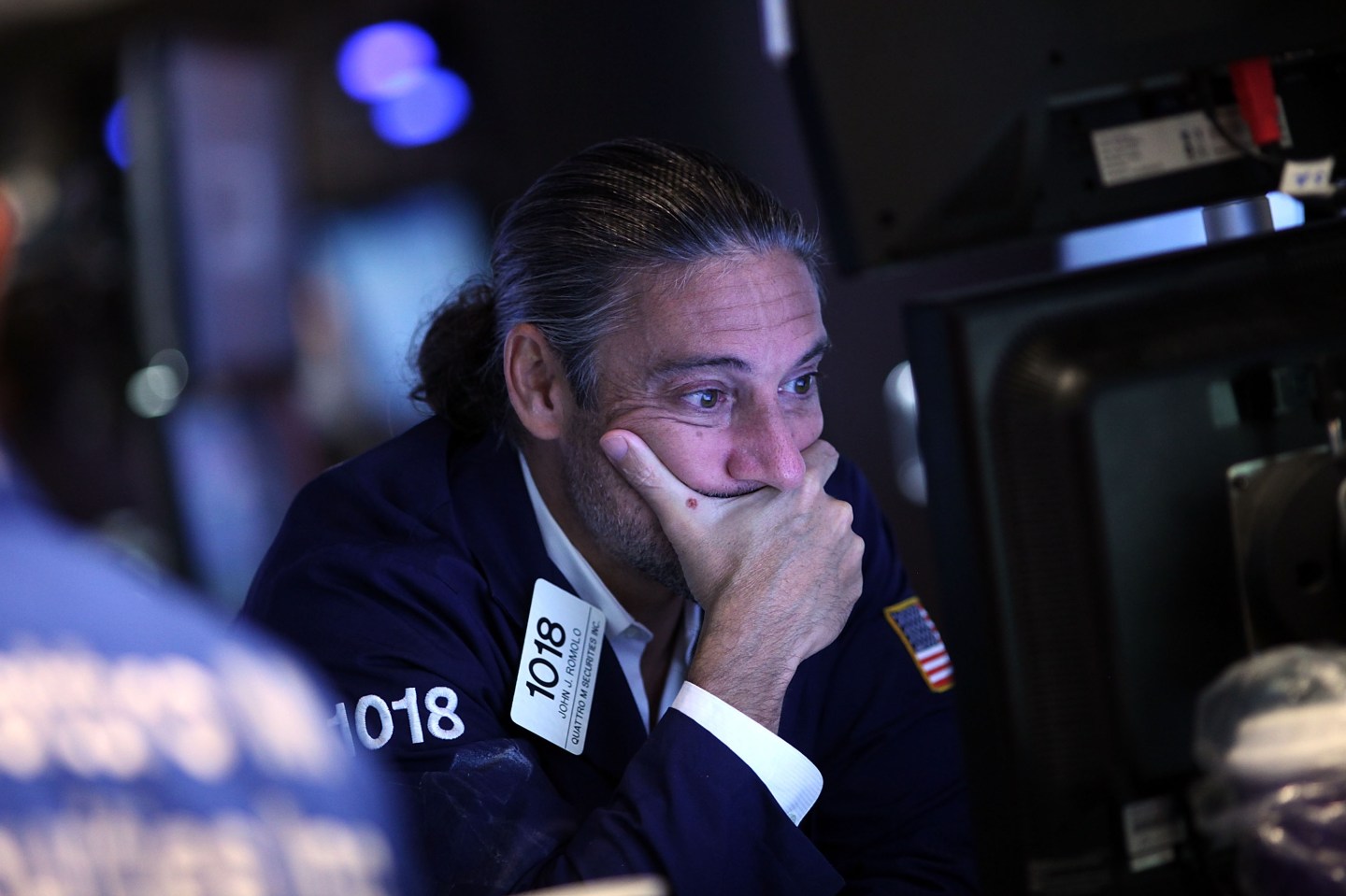 NEW YORK, NY - AUGUST 24: A trader works on the floor of the New York Stock Exchange (NYSE) on August 24, 2015 in New York City. As the global economy continues to react from events in China, markets dropped significantly around the world on Monday. (Photo by Spencer Platt/Getty Images)
Photograph by Spencer Platt — Getty Images

The U.S. Federal Reserve has consistently indicated to investors their intentions to raise short-term interest rates this year. One of the more outspoken proponents of raising rates has clearly been Atlanta Fed President Dennis Lockhart. In a Wall Street Journal interview earlier this month, Lockhart indicated that he expected rates to increase in September. Then, just this past Monday in a speech in Berkeley, California, he once again reiterated the call for short-term rates to increase this year, even if not in September.

Right now, the consensus view of mainstream economists echoes the public statements of Lockhart and his Fed colleagues on rates. In fact, according to a recent survey from the National Association of Business Economics, 77% of economists surveyed indicated they believed the Fed would ultimately raise rates before the end of the year.

So, notwithstanding the strong consensus view that interest rates will increase this year, our firm is sticking with our long-held view that rates will remain both lower and near zero for longer than most people believe. From our analytical perch, there are five key reasons we believe this:

On the first point of equity volatility, the tumultuous last two weeks in the markets offers the Fed clear cover to defer a rate hike at their next meeting in mid-September. The reality is that equity market volatility, as measured by the VIX, is up almost 65% off its year-to-date lows of early August and the S&P500 is down close to 10% over the last week. The U.S. equity markets are clearly rattled right now. The Fed won’t want to rattle investors even more, and potentially consumer confidence further, by prematurely raising rates.

Slow growth across the globe

Here at Hedgeye, we’ve been a non-consensus, broken record on the fact that global growth was likely to slow in 2015. So far, this is precisely how the year has played out. Asia is weaker than expected, Europe is weaker than expected, and Canada is verging on recession. While the U.S. economy does seem stronger on a relative basis, even here, growth expectations have been steadily ratcheted down throughout the year. In fact, on Tuesday, the bi-partisan Congressional Budget Office (CBO) took down its 2015 GDP growth expectation from 2.9% to 2.0%.

More: Will the Fed come to the market’s rescue?

China is such a wildcard

China’s interest rate cut on Tuesday is likely another sign that the Chinese economy has far from bottomed. Additionally, the high-frequency economic data out of China has been consistently slowing over the past few months. More recently, the preliminary reading for the Chinese purchasing managers index (PMI) came in at 47.1 in August, which was a six-and-a-half year low. Certainly, the Fed doesn’t manage U.S. interest rate policy to what is happening in China, but they will certainly take into consideration the outlook for a country that contributes about 15% of global GDP and close to 50% of global growth.

The U.S. dollar is up against every major global currency over the last year. In aggregate, the U.S. dollar index is up almost 14% over the last year. Dollar strength is one of the unintended consequences of other major economies easing monetary policy, and the Fed taking a hawkish stance. Federal Reserve Chair Janet Yellen has already publicly stated that the strong dollar is likely holding down U.S. exports. So, in any rate decision, the fact that the U.S. will be the only major economy with rates going higher will certainly be given considerable consideration as it relates to its impact on the currency.

More: What the stock market reaction says about the economy

Finally (and likely the most relevant to actual Fed actions), is the fact that U.S. inflation is well under the current 2.0% target. As a refresher, the Fed’s dual mandate is to maximize employment and to maintain stable prices. On the first point of employment, arguably, we are close to maximum employment. On the second point of stable prices, or in effect inflation, the Fed currently is facing an economy that is reporting price data that is borderline deflationary and certainly well below the long run Consumer Price Index target of 2.0%. Which begs the question: why raise interest rates now?

As highlighted in the chart of Fed Fund futures at the start of the year, when the year started the overwhelming consensus was that the Fed would raise rates by June. At this point, only a minority believe that Fed will raise rates in mid-September. As noted at the outset, the consensus does still believe a rate hike will occur this year.

For the reasons outlined above, our firm continues to take the other side of that view.