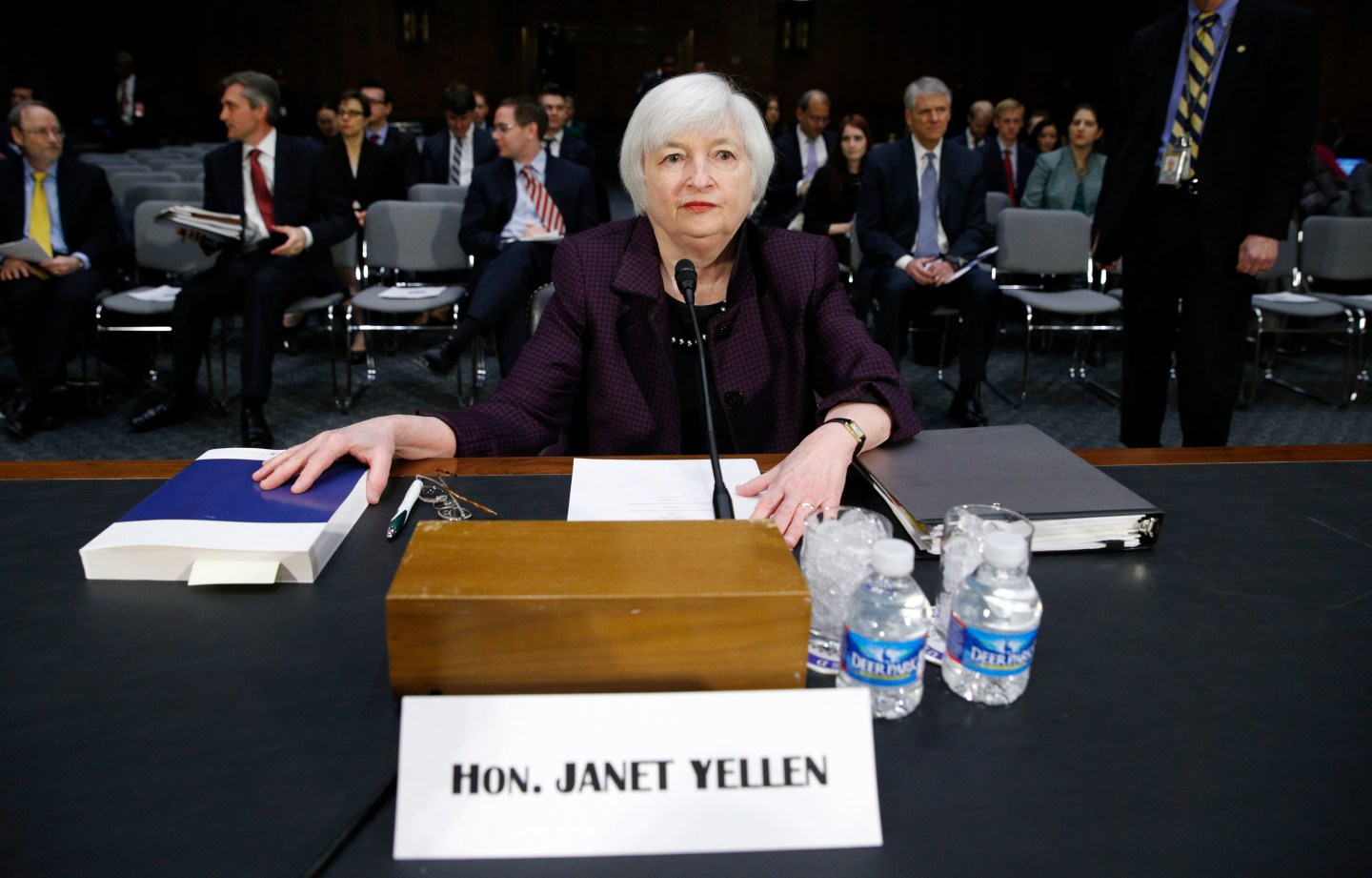 The Federal Open Market Committee concluded it’s June meeting on Wednesday by announcing that it would keep interest rates at near zero, as it once again revised down its estimates for economic growth in 2015.

The Fed now sees the economy growing between 1.8% and 2.0% in 2015, down from its December prediction of between 2.6% and 3.0%. In a statement, the FOMC said, “On balance, a range of labor market indicators suggests that underutilization of labor resources diminished somewhat. Growth in household spending has been moderate and the housing sector has shown some improvement; however, business fixed investment and net exports stayed soft.”

Despite what the Fed sees as continued slack in the labor market and sluggish investment, on average, voting members of the FOMC still predict that the central bank will raise interest rates before the end of the year. Most analysts expect the first rate hike to come in September of this year, but that the pace of subsequent rate hikes will be slow, taking into account continued middling economic growth and below-target inflation.