Toyota’s 2016 Prius gets a makeover to look hipper 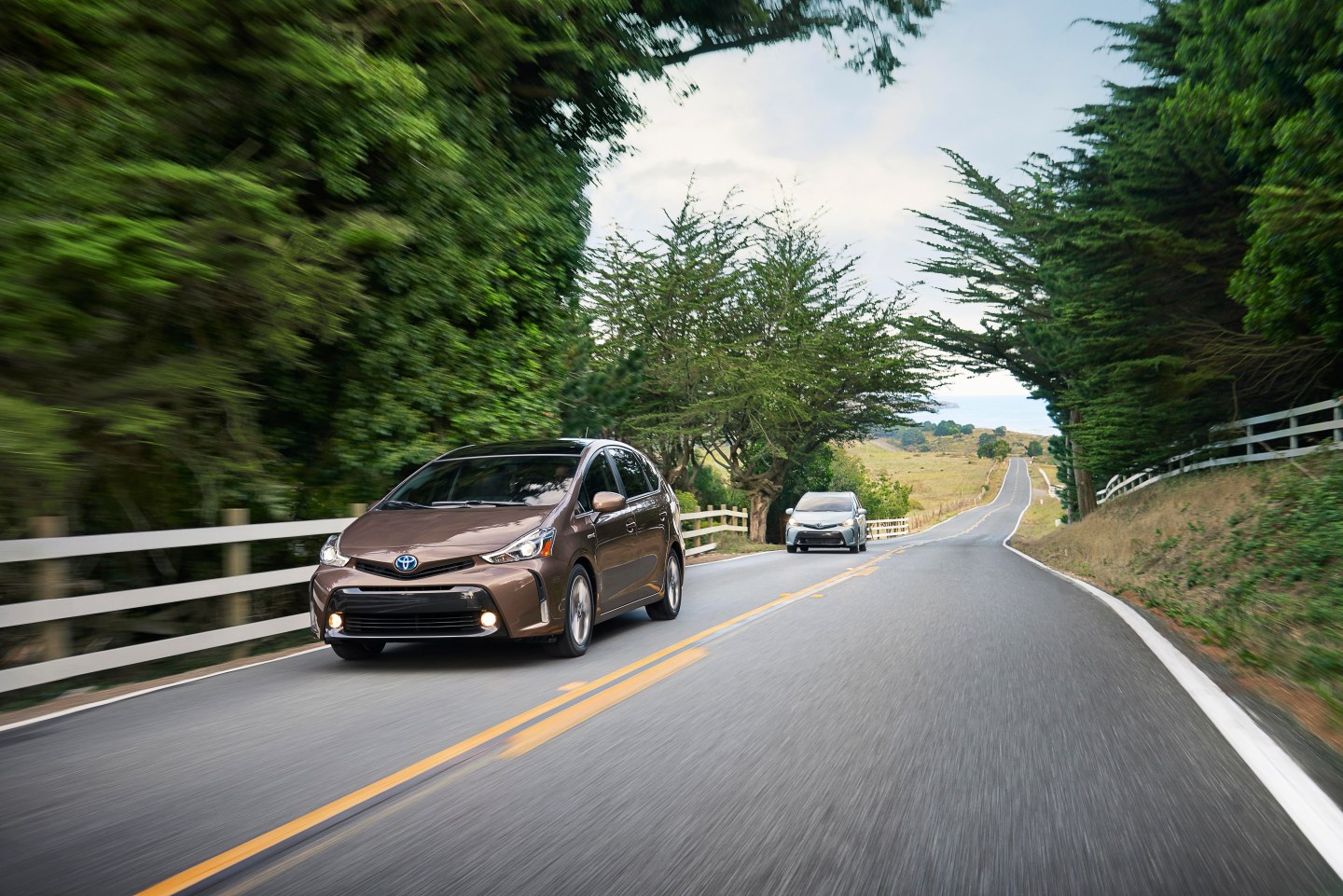 Toyota Motor Corp.’s Prius has prided itself on its dorkiness since the hybrid made its debut in the late 1990s. The frumpy, uninspired exterior sent a clear message: This is a car for people who care about saving the planet, not about looking cool or following the pack.

That may not be true, much longer. Spy shots of the new, 2016 model have been leaked, giving a look at the fourth generation of the hybrid (the first official showing of the car to journalists is in Las Vegas during the first week of September.)

The new Prius, which will arrive at U.S. dealers first as a coupe, looks much more like a conventional car; up-to-date fashion sensibility and design cues are inspired by Toyota’s Mirai fuel-cell car, a swoopy space-age creation. The up-to-day body design from the spy photos appears in keeping with an earlier public challenge to Toyota designers and engineers by Akio Toyoda, the automaker’s chief executive and scion of the founding family, to create cars that are stylish and fun to drive.

Toyota, which is the top global automaker in terms of vehicles sold, says the 2016 Prius could save even more gas than earlier models, with a 10% improvement of its fuel economy that could boost it above a rating of 55 miles-per-gallon. Importantly, the new model will be the first to be built on Toyota New Global Architecture, the automaker’s initiative to simplify and make design more efficient and less costly by reducing the number of platforms and architectures.

Lower fuel prices, however, might not be a big selling point for the new Prius. This year, U.S. sales of Prius and other hybrids, as well as battery-powered electric cars, have been down sharply. With energy prices lower and the economy generally stronger, consumers have been showing preference for larger cars, especially sport utilities and crossovers.

According to Kelley Blue Book, Prius sales in the U.S. were down 15.4% through July, in contrast to a market that was up 4.5% year-over-year. Some of the waning demand could be due to consumers waiting for debut of the new Prius.

Still, Toyota executives and planners are keenly aware that fuel prices remain volatile. With a high-mileage Prius, the automaker can — if need be — highlight its fuel-efficiency rating to attract shoppers.

“With lower fuel prices, it’s having an impact on the entire segment,” Jim Lentz, Toyota’s North American chief told the Detroit Free Press in June. “But long term, it’s still the player. We’ve seen these rises and falls in fuel prices in the past.”

Following the September press launch of the new Prius in Las Vegas, Toyota’s new model will be exhibited the following week at the semi-annual global auto extravaganza in Frankfurt, Germany.