Do working moms have to work in tech to Lean In? 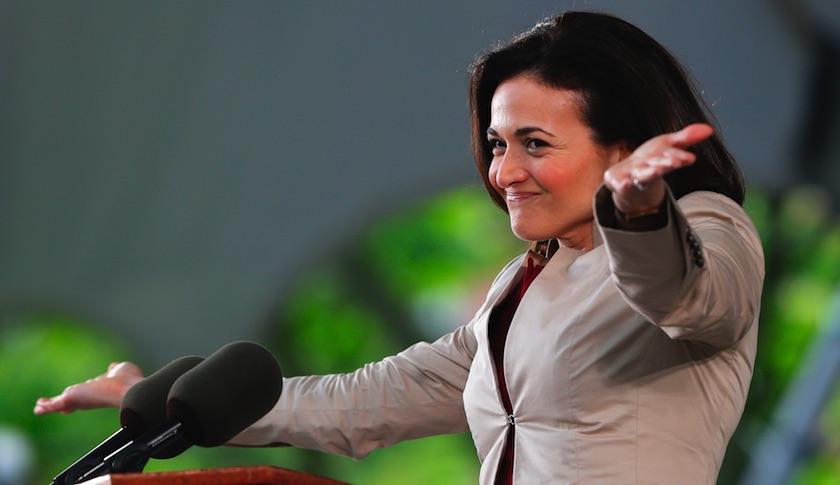 Sheryl Sandberg, COO of Facebook and author of "Lean In: Women, Work, and the Will to Lead"
Photograph by Brian Snyder — Reuters

In early August, streaming video provider Netflix (NFLX) said employees who are new parents of a biological or adopted child can take up to a year of unlimited leave with full pay. Days later, software maker Adobe (ADBE) doubled the amount of paid leave available to new parents to 26 weeks for new mothers and 16 weeks for primary caregivers and new parents.

Apple (AAPL) already provides up to four paid weeks pre-delivery and 14 weeks after for new mothers, while Google (GOOG) gives birth mothers 18 weeks of paid leave. Facebook (FB) has a liberal paid-leave policy of four months for all new parents, with an additional $4,000 in “baby cash.”

In her 2013 bestseller, Lean In, Facebook chief operating officer Sheryl Sandberg encouraged working mothers across the nation to “lean in” to their careers and “take a seat at the table” instead of stepping back from it.

Outside of the Valley, however, that’s not so easy to do. Caroline Fredrickson, president of the American Constitution Society for Law and Policy and author of Under the Bus: How Working Women Are Being Run Over, says only 11% of U.S. workers have any paid leave. The other 89% have unpaid leave or no leave at all. According to the UN’s International Labour Organization, of the 185 countries with available data, only two provide no cash benefits in their general provisions for maternity leave: Papua New Guinea and the U.S.

“Even among the developing countries, almost all provide some form of paid maternity leave. Honestly, you think we could do better than that,” says Frederickson. “Those are poor countries; we are a relatively wealthy one. We seem to think we have made some advances in terms of gender equity, but in reconciling work and family this is a glaring omission.”

The U.S. is the only industrialized nation with no national policy on paid maternity leave. The Family and Medical Leave Act (FMLA) from 1993 entitles birth or adoptive parents 12 weeks of leave—however, that leave is unpaid. Furthermore, the law only covers less than two-thirds of American workers due to exemptions specified in the legislation.

The Obama Administration wants to modernize the FMLA, even including a line item of $50 million to a State Paid Leave Fund in the 2015 Budget to help states establish paid leave funds for state employees. In his 2009 statement on the creation of the White House Council on Women and Girls, the President called out paid family leave as one of the areas showing “whether we are truly fulfilling the promise of our democracy for all our people.” However, no legislation has passed to support Obama’s initiative, and his last attempt was defeated by Congress in 2013.

So when will the U.S. join the rest of the industrialized world and recognize new parents need paid family leave? Fredrickson says it can’t be soon enough.

“This is an area of almost more importance than any other because it not only affects how parents can combine their families with their work, but it also has significant consequences for our nation’s future,” she explains. “A poorly educated or untended to group of children are not going to be the leaders we are looking for in the future.”

The weeks after a baby is born are challenging on so many levels. From learning to feed and care for a newborn to recovering from childbirth to managing the stress of expenses pouring in from recent hospital stays, the first 12 weeks for a new mother are a blur. This is hardly the time to take away a huge chunk of a family’s income.

But with few companies providing important tools like paid family leave for the vast majority of American women, “leaning in” remains a concept available only to the most highly paid and privileged—and those who work in tech.

The message that no paid leave sends to most working women is this: Have a baby if you want, but you will do it without pay when you do. And if you don’t like it, then good luck finding a job in Silicon Valley.