Zulily CEO talks about sale to QVC, IPOs and that Amazon story 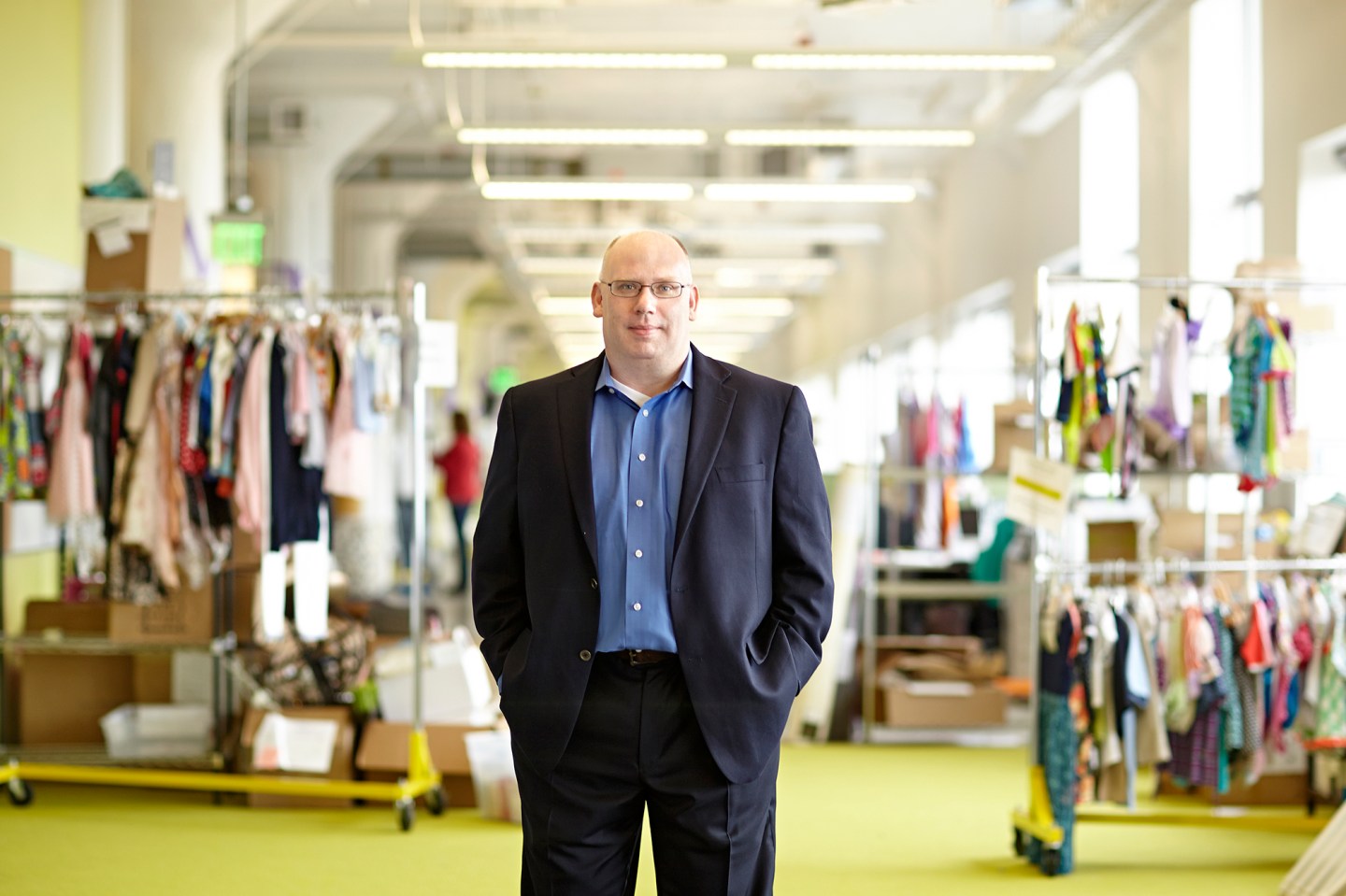 Today’s big deal news from the tech and retail world was that QVC, a unit of Liberty Interactive Group (LMCB), has agreed to pay $2.4 billion to acquire Zulily (ZU), a Seattle-based e-commerce company focused on children and mothers.

We spent some time discussing the deal with Zulily co-founder and CEO Darrell Cavens, and what follows is an edited transcript of our conversation:

FORTUNE: How did this deal come about? Were you looking to sell?

Darrell Cavens: This started out as a conversation with [Liberty Media president and CEO] Greg Maffei, who reached out to our co-founder Mark to say that we should talk. And those talks continued.

All of the details will come out soon in an SEC filing. My lawyers say I can’t talk about it yet.

What’s the strategic rationale for selling to Liberty?

It really allows us to focus our growth and bring in the skill set that QVC has developed over the last 30 years. We’re a young company at just 5 years-old, so when you look at the scale and the international footprint that QVC has, we can really benefit from that and learn from it. I’ve talked in the past about how my vision for Zulily was modeled after what the QVC team has done, and I think our cultures will fit incredibly well. It also lets us access different vendors and use the TV network to tell our story. I really believe that, in this case, one plus one equals three.

Neither you nor your co-founder Mark Vadon have sold any shares post-IPO. Should that have been a signal that Zulily was for sale?

No. I’m a long-term holder here. If I had been looking for liquidity, I certainly could have done that earlier. I’m also not the sort of person who could ever just sit on the beach. I love what we’re doing.

You’re selling the company for less than it was worth at IPO in late 2013, and even further below where it traded on its first day as a public company. Should you have stayed private?

Given the information we knew at the time, it was absolutely the right decision. The value of the IPO was representative of values at that time, and things adjust. Being in the public market has been great for us and our employees.

What should other VC-backed entrepreneurs take away from your IPO and post-IPO experience?

It’s a really hard question to answer, since it really comes down to the specifics of the individual business and leadership team. For us, we came from a business that was public and that was our expertise, so from day one operated it that way. But there certainly is a lot of distraction that comes from going public and, at the end of the day, an IPO is a way to raise capital. It’s just another milestone, nor an endpoint or goal. Whether public or private, what we care about most is driving customer value.

The NY Times made waves this weekend with its story about Amazon’s difficult corporate culture.Do you think it will benefit your ability to hire, given that you’re also an e-commerce business based in Seattle?

I remain a fan of what Amazon (AMZN) has built. They really are an incredible business. I think any business of that scale has thousands of managers, and there is a lot of diversity among them. I know Amazon is getting a lot of attention right now, but I think it ultimately comes down to who is someone’s manager and what is their day-to-day like, so I’m not sure the story will have too big an impact. For us, we feel that we have a compelling business and culture. Overall, the more we grow Seattle and have a strong ecosystem, the better it is for all of us. That means us and Amazon and Expedia and Costco and Nordstrom, plus companies like eBay and Google that have opened offices here.