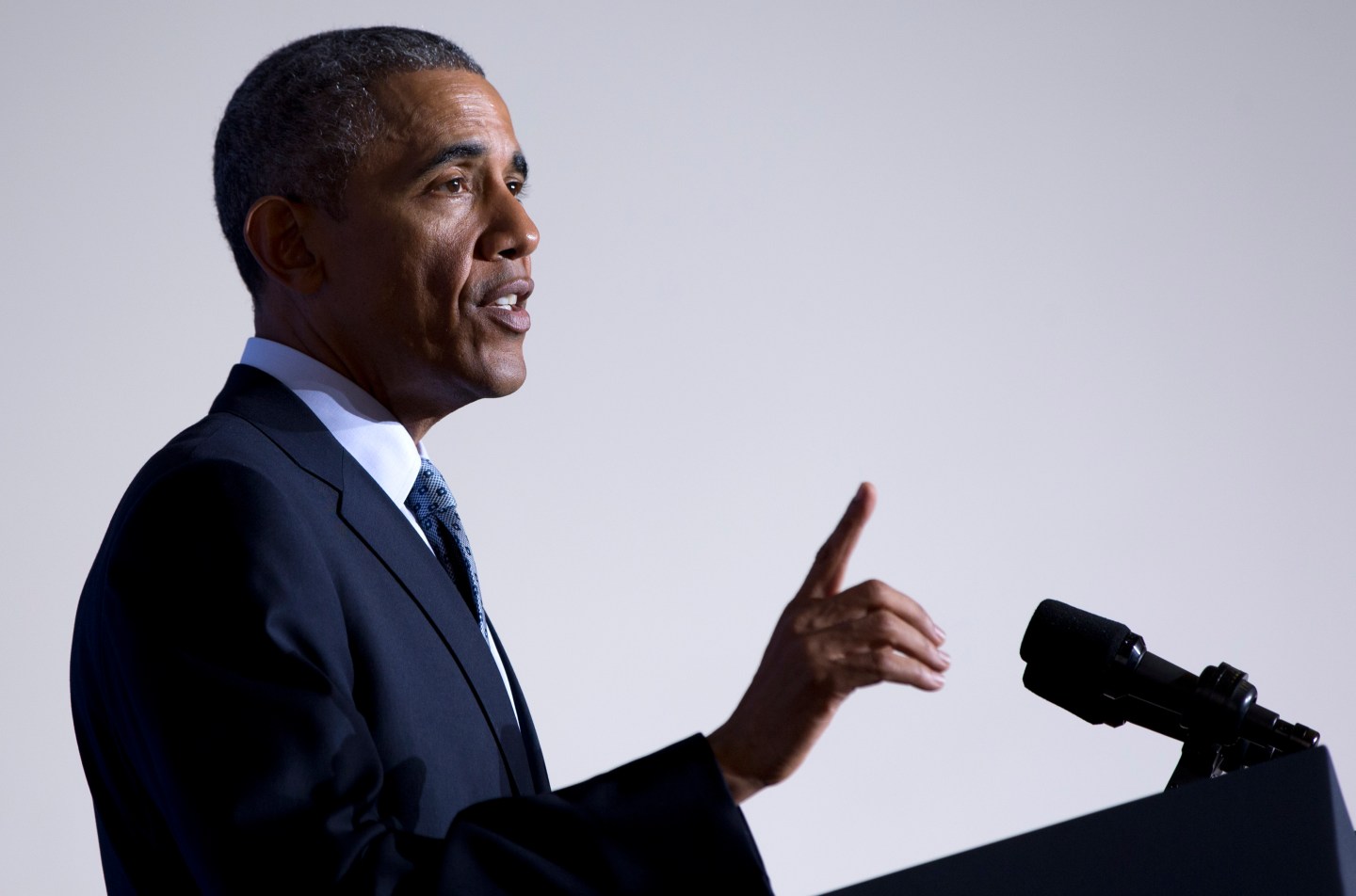 President Obama today used a pen to inject some digital savvy into the federal bureaucracy. He signed an order enshrining a program that deploys technologists to try to streamline government services by wrenching them into the 21st century.

The effort, known as the Presidential Innovation Fellows Program, hatched three years ago as an experiment. But the White House has steadily if quietly sought to scale it up ever since, part of Obama’s broader, legacy-focused drive to move the country past old left-right arguments about the size of government by remaking it instead as smarter. The president framed the goal as far back as his 2008 campaign, envisioning an “iPod government” as simple and efficient as the breakthrough Apple device. And it’s evidently been on his mind of late, with the New York Times reporting Monday in an otherwise unrelated story about Obama’s post-presidential plans that Silicon Valley CEOs he’s consulted believe that he intends to make the project a focus after leaving office.

“When I took office, one of my top priorities was to apply lessons we learned in our innovative, high-tech campaign in 2008 to make the federal government smarter, more innovative, more transparent and more responsive to the American people we serve,” Obama said in a YouTube video announcing his executive order on the PIF (pronounced piff) program, as it’s known in the White House.

That ambition could have imploded with the disastrous launch of HealthCare.gov, the portal to intended to ease health coverage signups under the Affordable Care Act. The site, a bug-ridden fiasco when it premiered, seemed to confirm people’s worst suspicions of the government’s inability to tackle big problems, particularly those involving technology. But Todd Park, Obama’s chief technology officer at the time, tapped four PIFs to act as a kind of ninja strike force to rescue the effort. They spent the next several months working around the clock to salvage the site — and with it, Obama’s cornerstone domestic achievement.

In the time since, the program, which started with 18 fellows and a pledge to “disrupt the United States federal government,” has graduated 96 of them. And the administration has taken other steps to ensure it outlasts Obama’s presidency — including by launching a permanent home for techies, called 18F, focused on the same set of problems and another, the U.S. Digital Service, to cut through red tape hamstringing their progress.