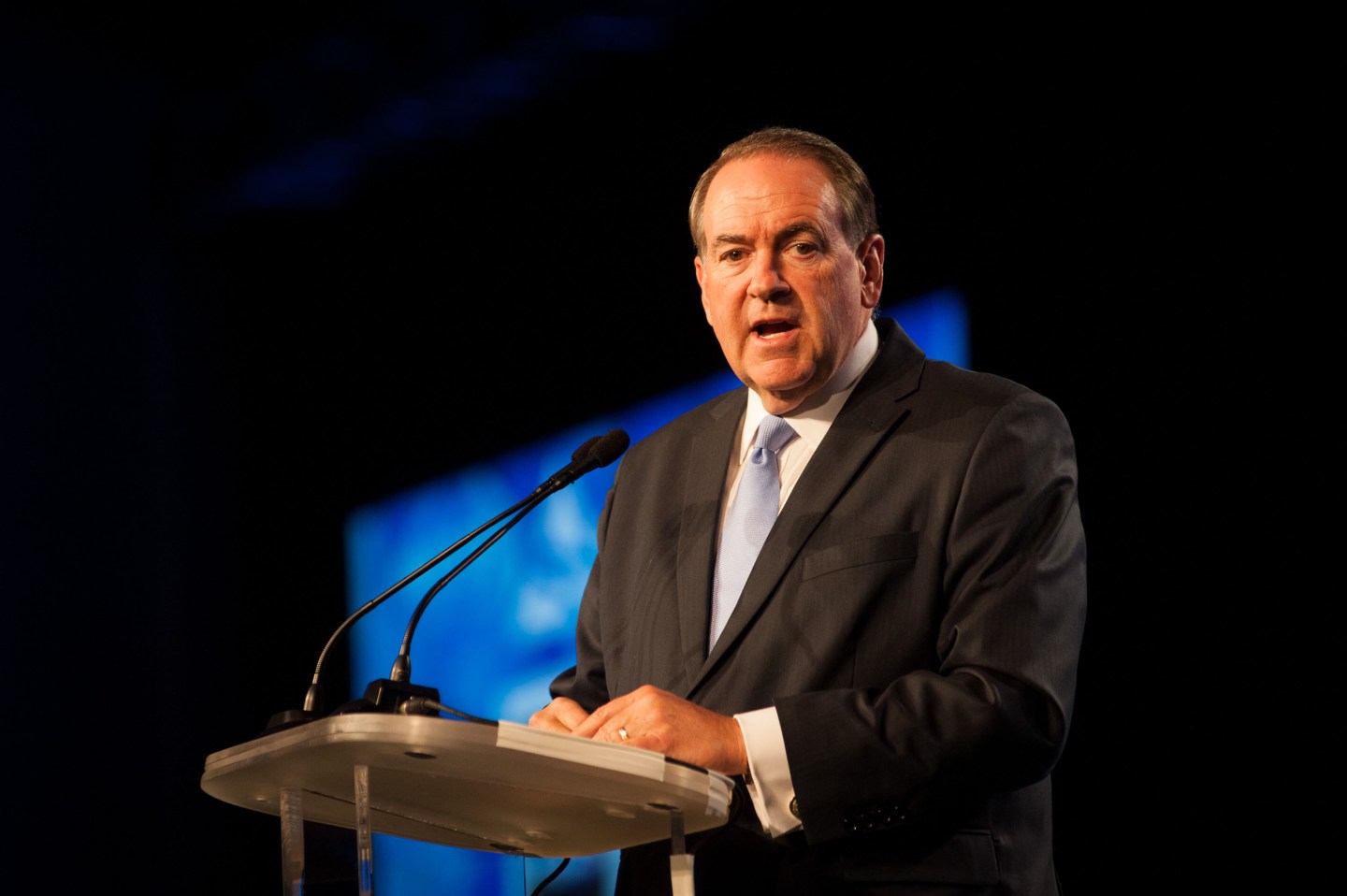 An otherwise sane and lucid Mike Huckabee, the former governor of a U.S. state, told a crowd of Iowa Republicans on Thursday that he’s convinced his fair tax policy could somehow encourage the U.S. economy to grow by 6% per year.

The claim was in response to Jeb Bush’s assertion that his policies could restore U.S. growth to 4% per year, an idea that has been roundly criticized by economists across the political spectrum as a fantasy.

Huckabee’s tax plan would shift the system to one that puts a levy on sales rather than income. Supporters argue this would spur economic growth because it will eliminate taxes on work and investment, thus encouraging more of those things. This ignores the fact that the taxes still have to come from somewhere, and while such a system would encourage people to work and invest more, it would severely penalize consumption.

Then there is the fact that economic growth is the result of much more than government policy. The last time the U.S. economy grew at 6% per year was way back in 1966. This was a time of rapid economic expansion across the Western world, as technological advancement, a cold-war military build up, and the continued reconstruction after World War II led to generally outstanding growth.

But that was 50 years ago. Today, we live in a world where technological growth has not translated into productivity growth, America’s trading partners are barely growing at all, and the U.S. population is expanding at a historically slow rate.

Since GDP is simply the sum of the value of all the goods and services an economy produces, the number of people in an economy producing those things ends up affecting the measurement in a big way. If Mike Huckabee could somehow go back in time to 1995 and inspire the beginnings of an unprecedented baby boom, that would probably do more to engineer faster economic growth today than changing the tax code.

But, of course, population growth would mean that there are more American mouths to feed and wouldn’t actually solve the problem of stagnant living standards for most Americans. This is why focusing on a target for economic growth overall isn’t such a good idea. What America needs is rising incomes for the average American, a goal for which politicians on both sides of the aisle have few strategies to achieve.

Of course, Mike Huckabee is a politician and not an economist. And since it’s political silly season, it’s not surprising that we’re hearing a raft of outlandish campaign promises. In other words, we should expect Donald Trump’s 12% economic growth proposal any day now.