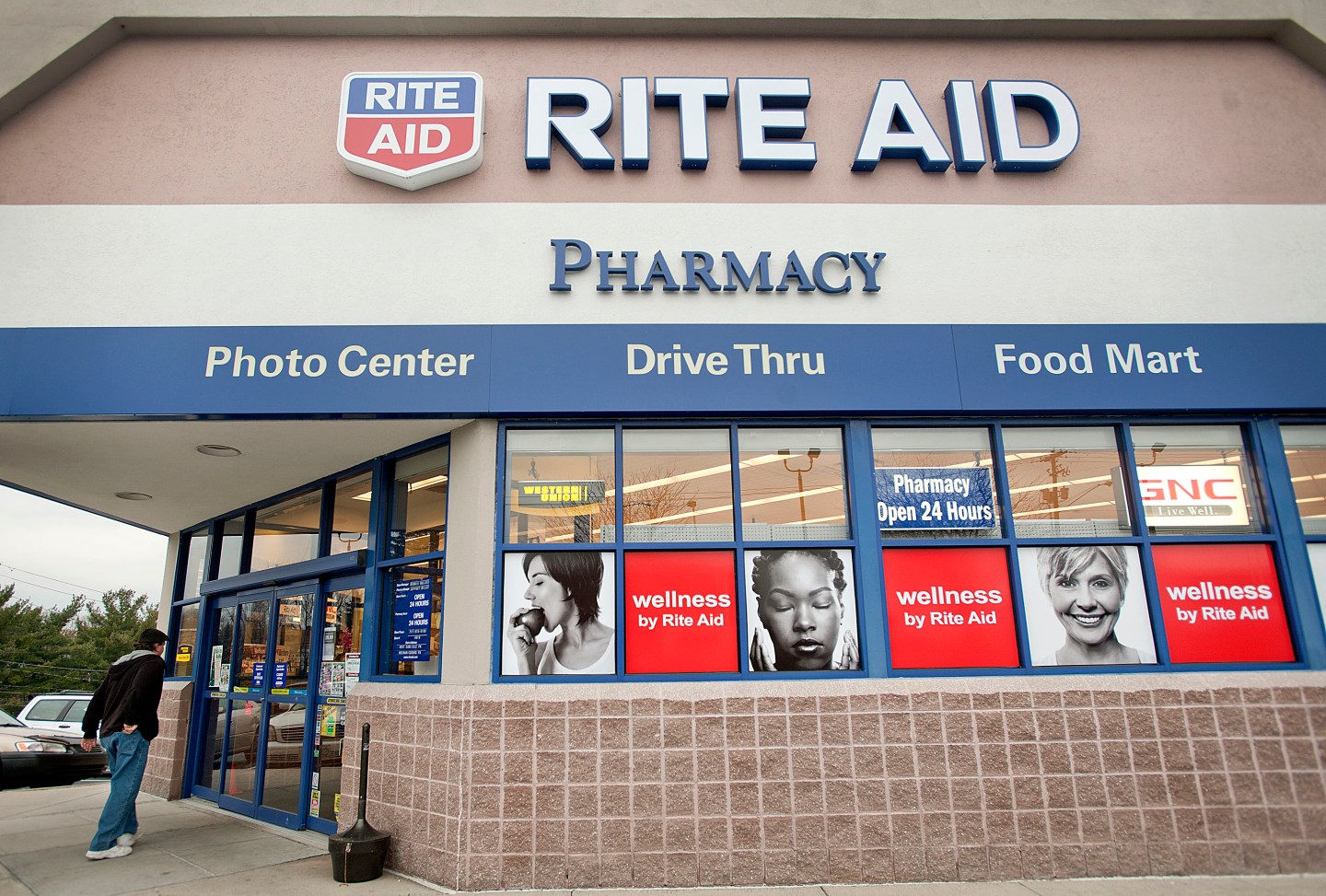 Apple Pay allows shoppers with iOS devices to use their phones to pay for goods and services in the U.S. and U.K. at point-of-sale locations equipped with near field communication technology, known as NFC. Users simply tap their phones to the point-of-sale device, authenticate the transaction, and the payment is transferred to the merchant.

MCX’s Apple Pay rival, called CurrentC, is set to launch in the third quarter of 2015, according to a Bloomberg report. The thought process behind CurrentC is to allow retailers to have access to valuable customer data from transactions.

But CurrentC has had stumbles along the way, including succumbing to a security hack.

Rite Aid isn’t the first MCX merchant to embrace Apple Pay. Best Buy also started accepting the payments technology earlier this year. Dunkin’ Donuts and Kohl’s have said they will start rolling out Apple Pay by the end of the year. And Target has been accepting Apple Pay within its app since October.

Apple (AAPL) hasn’t released any numbers on Apple Pay adoption, so it’s tough to know how widespread usage is. A recent survey from AGC (Auriemma Consulting Group) showed that 42% of iPhone 6 and iPhone 6 Plus owners have used Apple Pay and 70% of Apple Pay users are more likely to choose a store that accepts Apple Pay. CEO Tim Cook has said that Apple Pay will be accepted by 1.5 million locations in the U.S. by the end of 2015.

It’s unclear where these developments leave CurrentC’s prospects as a viable alternative to Apple Pay or Android Pay.