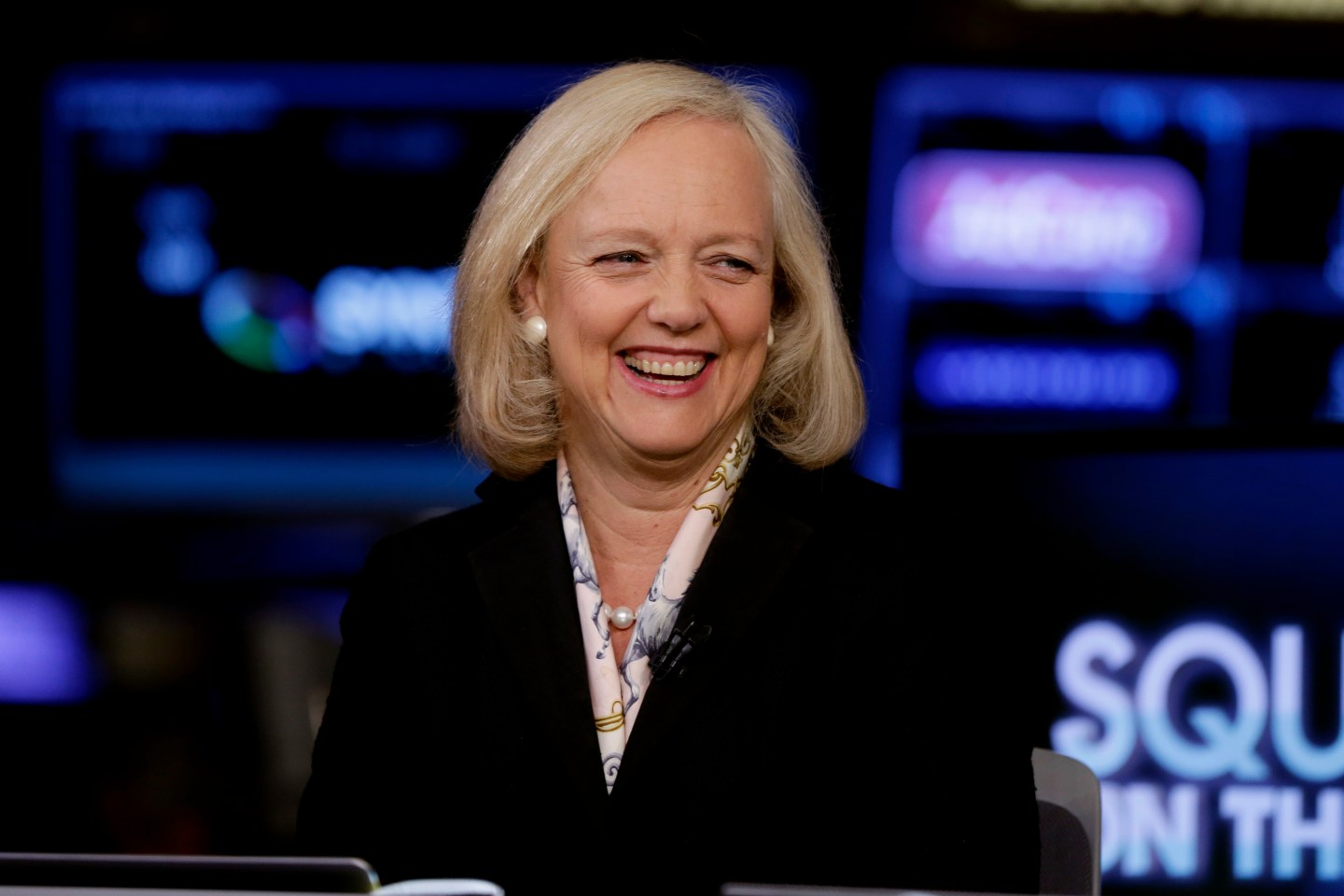 In just a little under three months, Hewlett Packard will officially split into two separate companies, with one (Hewlett-Packard Enterprise) focusing on enterprise technology, including data center hardware, and the other (HP Inc.) selling personal computers and printers.

At a recent HP conference in June, CEO Meg Whitman detailed the way she envisions Hewlett Packard Enterprise to serve potential customers in a service-oriented line of business. Whitman emphasized the idea that HP (HPQ) could help companies build out hybrid cloud infrastructure, in which companies can access both data centers hosted by public cloud providers like Amazon as well their own internal cloud data centers.

HP, along with other legacy tech companies like IBM (IBM) , has made it clear it sees the cloud as key to rebuilding the new enterprise-focused company. At the same time, HP is also counting on data analytics as a way to distinguish itself, and as HP software vice president and executive council member Robert Youngjohns told Fortune, data analytic services will be another key part of Hewlett-Packard Enterprise’s business.

Like many enterprise companies, HP sees the rise of big data as something that’s been radicalizing the industry over the past three to five years, Youngjohns explained.

What is different today is that businesses now have tremendous volumes of data being generated from everything from sensors loaded into cars to the multitude of emails that a company might produce on a given day, he said. There’s also an explosion of new data technology available on the market that seemingly can go out of vogue as the latest and greatest new tech wins the favor of engineers and operations staff.

HP wants to capitalize on this burgeoning market, and is hoping to have Hewlett-Packard Enterprise work as a sort of consulting business for companies looking to streamline their existing data and update their infrastructure with technology that suits their purposes.

Youngjohns said HP’s data business is different than IBM’s take on data analytics in that IBM seems to be focusing on big problems that affect the world, like how it’s positioning the company’s Watson supercomputer to be a leader in helping physicians combat diseases.

HP instead wants to target customers with more pragmatic problems, he insisted, as in the case of helping financial customers analyze emails to detect instances of fraud.

He also wants HP to stand out as a company whose data technology serves the business side of a company as opposed to merely the data scientists. Youngjohns said that companies need to formulate a data strategy rather than just rely on a specific tool, like the Hadoop open-source big data framework.

Of course, HP is also touting how its own lineup of data analytics technology will be important for companies as they formulate a data strategy, and the company will announce several updates to its products on Tuesday, such as its HP Vertica database. HP reportedly bought the database management company Vertica in 2011 for $350 million.

As a way to make its data platform play nicely with new technology on the market, HP is making Vertica compatible with hot open-source data tech like Apache Spark, a technology that IBM is also betting big on.

The company is also boasting that its custom servers are tailored to handle big data tasks, indicating that HP is trying to offer an all-in-one package to potential clients that includes software and hardware.

“We are no longer the PC/printer company,” said Youngjohns in regards to the change HP is undergoing. “It is the services, hardware, and software.”