This mobile app keeps tabs on your competitors 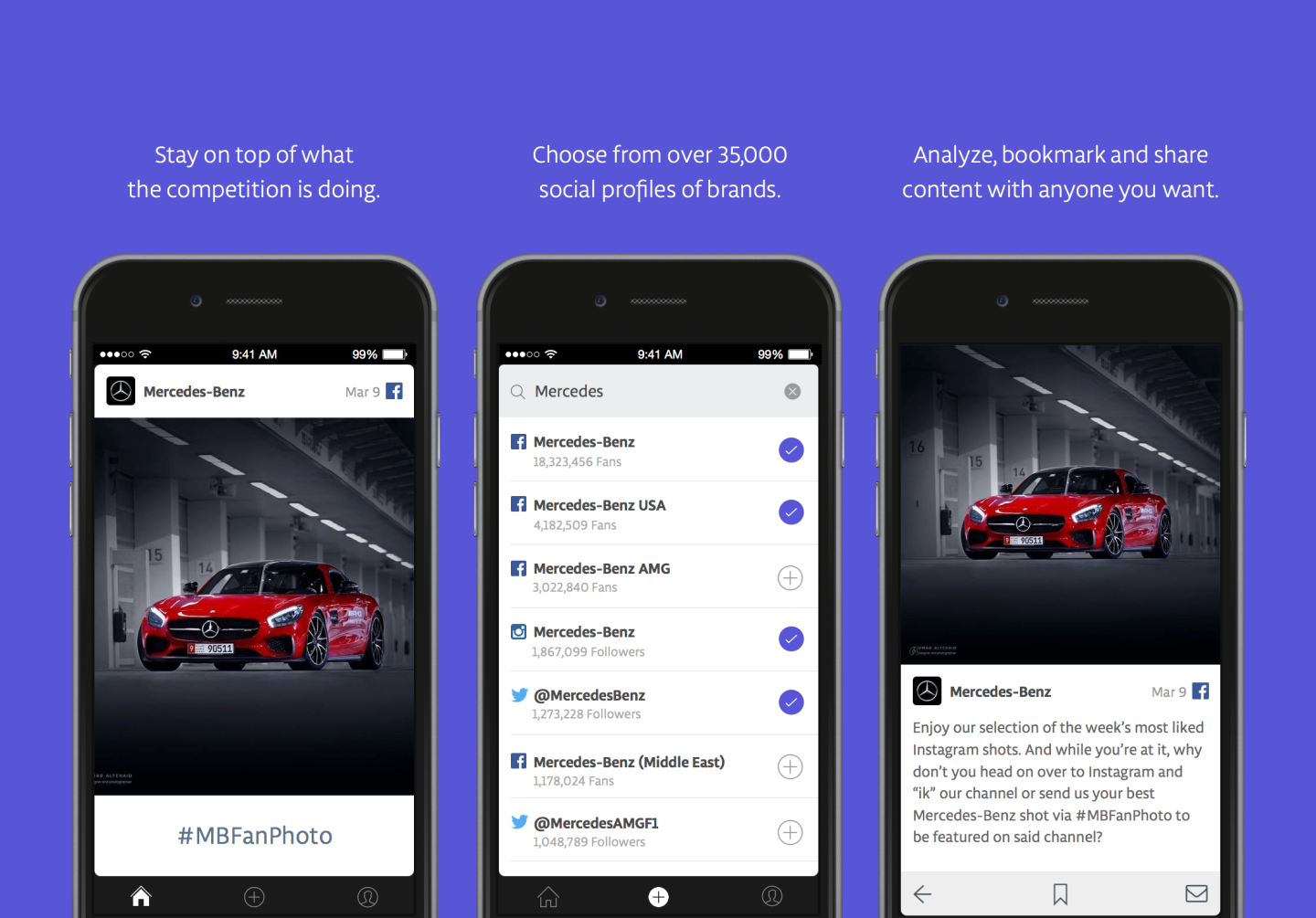 Admit it, marketers. You and your team spend at least part of the day stalking what your competitors say about themselves (and you) on social media.

It sounds pretty simple to set up. After installing the app on an Android device or iPhone, you pick the name of the company you want to follow. Sense creates what amounts to a unified newsfeed of images and video content being posted to Facebook, Twitter, and Instagram. YouTube will be added sometime soon.

Four-year-old Unmetric provides content marketing services to more than 200 companies, including General Motors, Procter & Gamble, Bacardi, and Social@Oglivy. According to Crunchbase, it has raised slightly less than $9 million in venture capital.

The new app started out as a tool for existing clients, but now it’s being released more broadly—probably as a way to build more exposure for its services.