This industry has even fewer women than tech 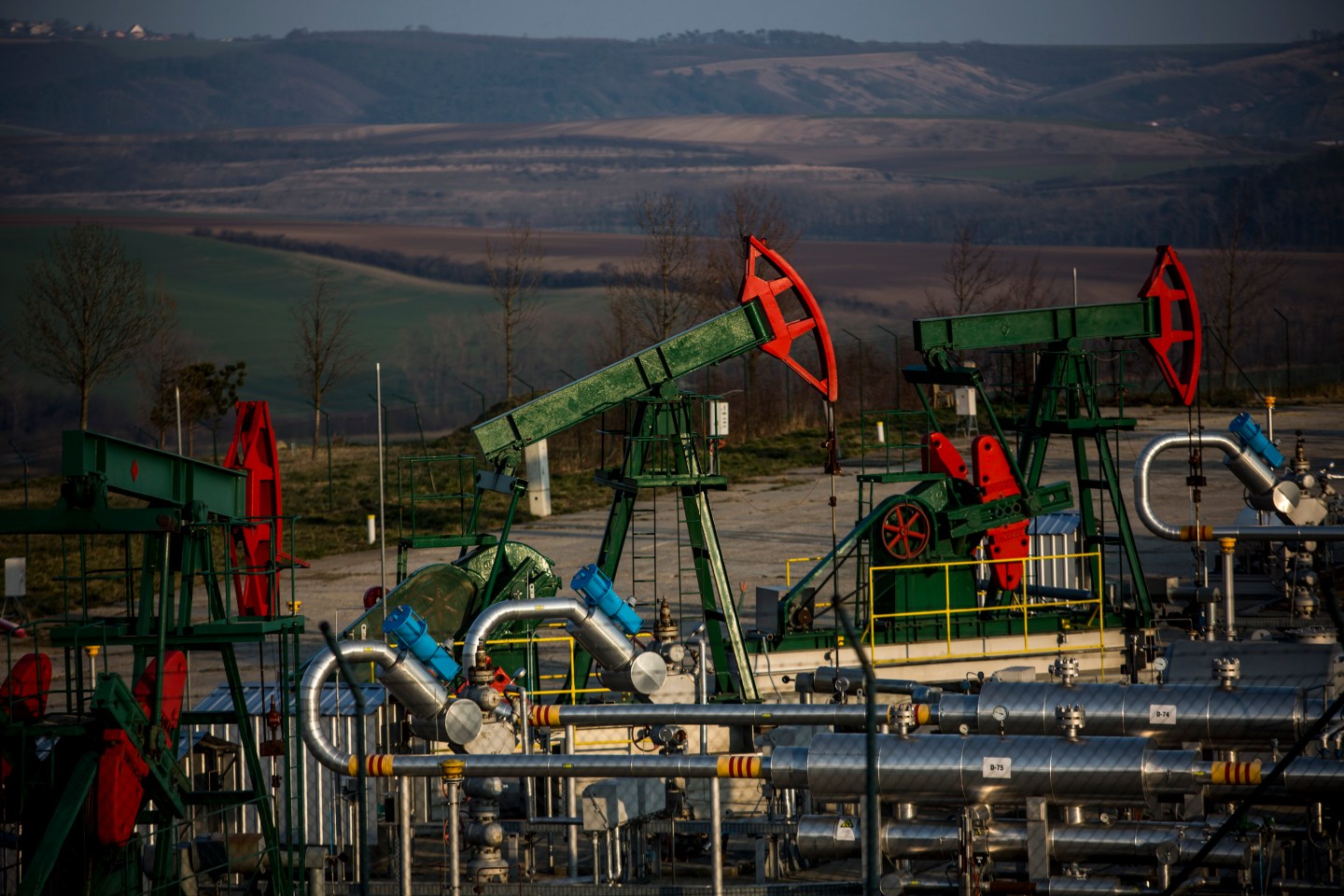 Diversity in tech may grab the most headlines, but bringing women into an industry associated with dangerous rigs, “man camps,” and the fracking controversy may be an even tougher challenge. And while energy companies have been making some progress on diversity, persistently low oil prices are now threatening to undo those changes.

A recent LinkedIn analysis found that women make up just 26.7% of all oil and gas industry profiles on the professional networking site. That’s the lowest percentage of any of the dozen industries examined; Healthcare had the largest percentage, at about 59.8%, and tech came in at the middle of the pack, at 30.6%. Numbers from the American Petroleum Institute are dated, but suggest an even bleaker picture: The group put the percentage of women in the industry at about 19% in 2010.

Women are rare at the board level, too. About 14% percent of the boards of the 200 top global utilities include women, for example, and only 5% in the U.S, according to a recent report from Ernst and Young.

There has been some forward motion. Companies are paying increased attention to diversity, spurred in part by a looming talent crunch. After oil prices crashed in the 1980s, jobs were scare for years, and the ranks of employees queuing up to replace retiring boomers are thin. “Many in the current population of petroleum engineers are going to retire soon, and diversity will play a major role in how we are going to find talent,” says Julie DeWane, Vice President of Global Supply Chain for GE Oil & Gas Measurement & Control.

The business case for diversity is also clear. The return on equity—a measure of company profitability—of the 20 most diverse utilities was 8.5%, compared to 7% for the lower 20, says Alison Kay, Global P&U Leader at EY.

Women are now 17% of the oil and gas employees at GE, with 6% growth in senior-level spots since 2013, says DeWane. At ConocoPhillips, women make up 28% of the workforce, and about 23% of recently hired graduate engineers have been women, says Ellen DeSanctis, VP of Investor Relations and Communications. Some other bright spots: Lynn J. Good became the first female CEO of Duke Energy Corp in 2013 and BP, Shell and Exxon have women in top posts in Alaska.

Whether the current oil slump will derail diversity remains to be seen. The industry lost about 150,000 jobs between January and the end of May, according to Swift Worldwide Resources. “The level of flexibility in organizations tends to reduce in times of crisis, people tend to hunker down and there is less openness to styles of working, which is part of diversity,” says Kay. “And clearly you want to attract strong graduates into the industry, and the growing emphasis on STEM for girls and and the willingness to train recent graduates can be vulnerable.”

Regardless of oil prices, the industry poses some unique challenges to women. About 25% of women surveyed by the API said they were not willing to work for an energy company. The top reasons: believing jobs were dangerous and required them to be away from home, and a belief that the industry is not environmentally friendly. While many jobs are corporate—marketing, legal, and the like—time in the oil patch has traditionally been expected of engineers. That can put off women with young children, and is impossible for pregnant women. At least one study has concluded that fracking can be harmful to women’s reproductive health and early life development.

But a stint in the field has long been part of the route to the top. And some women say it remains necessary to get the respect of their male colleagues. “There are just times in a women’s life that being in the field is a problem,” says Katie Mehnert, founder of Pink Petro, a membership site for women in the industry that launched in March. “And I personally think if you are going to make it to the top, you probably need time in the field to be credible.” Kristy Whitaker, a senior geologist who has worked for BP and Apache, says although companies she’s worked with “encourage women to excel,” there remains an old guard that needs “you to go through the wringer if you want respect.”

Islin Munisteri, a petroleum reservoir engineer for the state of Alaska, says women shouldn’t be deterred. “It is something that has to be managed for some jobs, but can be, the way a business consultant might her travel schedule.” She chose the industry because the salaries were good, and she felt the work was important. “I like that we are providing energy to the world,” she says. “I feel part of that mission.” After earning a PhD and deciding teaching wasn’t for her, Whitaker said she was attracted by the work. “There is a lot of technology being used here that’s exciting, and interesting projects,” she says. “I knew going in it was a boy’s club and there might be some obstacles, but I haven’t faced anything that was hard to overcome.”

Expanding the paths to senior jobs is essential to retain women, says DeWane, who was an executive in GE’s aviation business before moving to energy about a decade ago. EY’s Kay agrees: “While there is a need for people with that type of knowledge, there is a real need for people from outside the industry as well, which is part of diversity.”

Whitaker is now looking for a new job, and joined Pink Petro in part to learn more about different company’s women-friendly policies. Helping women learn more about corporate culture is one of Mehnert’s goals for the site, whose first corporate partners have been Shell and Halliburton and which has about 500 members so far. “They want to hear how other women are doing it, how she walked the walk and talked the talk,” says Mehnert. “I am so bullish for women in energy. The boomers are leaving, so who is going to be here for the next frontier?”