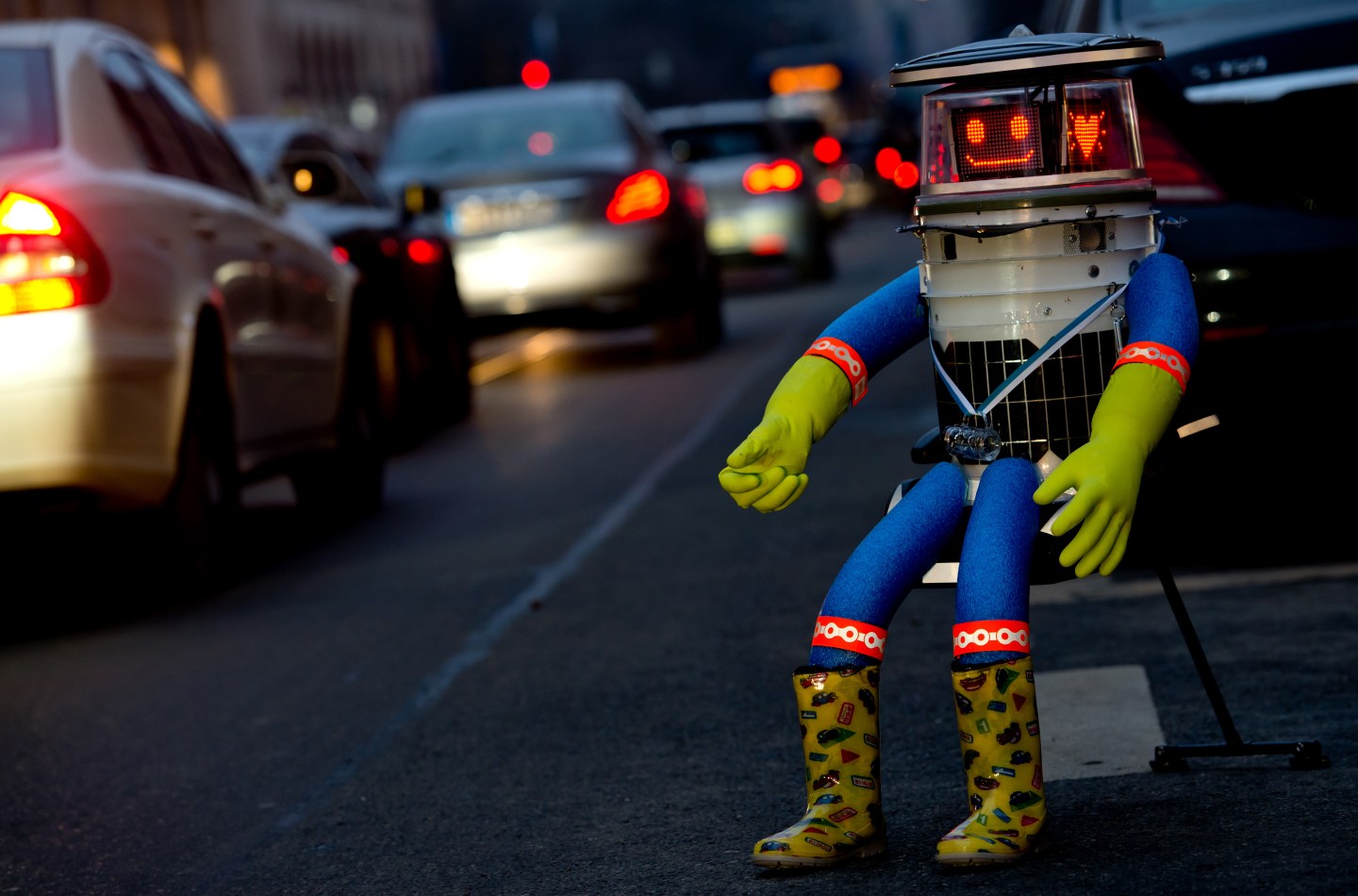 So much for that idea. HitchBOT, the hitch-hiking robot which traversed Canada and parts of Europe successfully, did not fare as well in the U.S. The robot’s trip which started on July 17 in Salem, Mass., and was supposed to terminate in San Francisco, ended over the weekend in Philadelphia after the robot was vandalized, according to the HitchBOT.org website and an associated Storify account.

hitchBOT’s trip came to an end last night in Philadelphia after having spent a little over two weeks hitchhiking and visiting sites in Boston, Salem, Gloucester, Marblehead, and New York City. Unfortunately, hitchBOT was vandalized overnight in Philadelphia.

HitchBOT, was meant to further social research by Dr. David Harris Smith of McMaster University in Hamilton, Ontario, and Dr. Frauke Zeller of Ryerson University in Toronto. The robot, in and of itself (himself?) was meant as a social experiment. HitchBOT was immobile and so depended on humans to make its journey.

Explaining their idea in a Harvard Business Review article, in December, Harris Smith and Zeller wrote that they were “trying to initiate discussions about trust, notions of safety and our attitude towards technology.”

What surprised the researchers at that time was the take-up HitchBOT’s earlier travels got in social media where the galoshes-wearing creation attracted 35,000 Twitter followers (the current number is more than 49,000) and 48,000 Facebook “likes,” (Now more than 87,000).

HitchBOT, which could hold limited conversations, take pictures, and was equipped with a GPS, made it to a Boston Red Sox game (note that Friendly Fenway isn’t always so friendly to out-of-towners of the human variety) and a visit to New York City, but Philly proved itself once again to be a tough town. The researchers were sent a photo of the damaged robot.

As the HitchBOT site put it: “Sometimes bad things happen to good robots.”