Apple and the Neanderthals 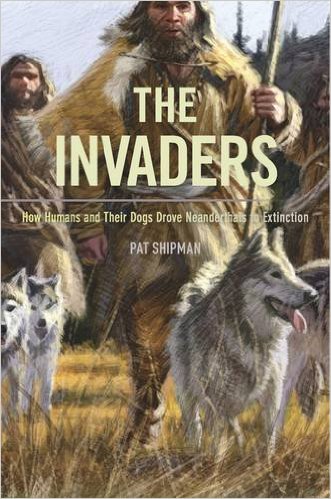 Microsoft had just written off most of the $9.5 billion it spent 15 months earlier to acquire Nokia—thus joining Google (Motorola), Amazon (Fire) and BlackBerry (BlackBerry) in the graveyard of would-be iPhone killers.

“It’s easy to say Microsoft was foolish and blame the chief executive,” Dediu told the Times’ James Stewart. “But when it happens to everyone, it’s an extinction event.”

Dediu, an independent analyst who worked for Nokia back in the day, compared Apple to a virus—”a very small thing that kills big things.”

But a different analogy comes to mind for me, one more aligned with the theory of disruptive innovation that is Dediu’s expertise.

I’ve been reading Pat Shipman’s The Invaders, about the demise of the Neanderthals shortly after the arrival of modern humans in Eurasia roughly 40,000 years ago.

Neanderthals were bigger, stronger and maybe even smarter than our ancestors, and they had flourished in the region for more than 100,000 years.

Shipman, professor emerita of anthropology at Penn State, makes a strong case that modern humans had two technological advantages that Neanderthals did not—or could not—exploit:

These wolf-dogs, Shipman argues persuasively, were the first animals to be domesticated—long before goats, sheep and cows—and they gave modern humans an edge over every other predator on earth. Dogs could track prey by smell, run them down in packs, hold them at bay and guard kills from scavengers.

With their superior weaponry and what Shipman calls the first “living tool,” our ancestors became marvelously efficient hunters—especially of woolly mammoths—and they pushed aside a host of fiercer, stronger predators.

Within a thousand years the Neanderthals were gone, along with cave bears, cave hyenas, lesser scimitar cats, dholes, mammoths and woolly rhinos.

Now that‘s an extinction event. You could think of it as the original disruption.