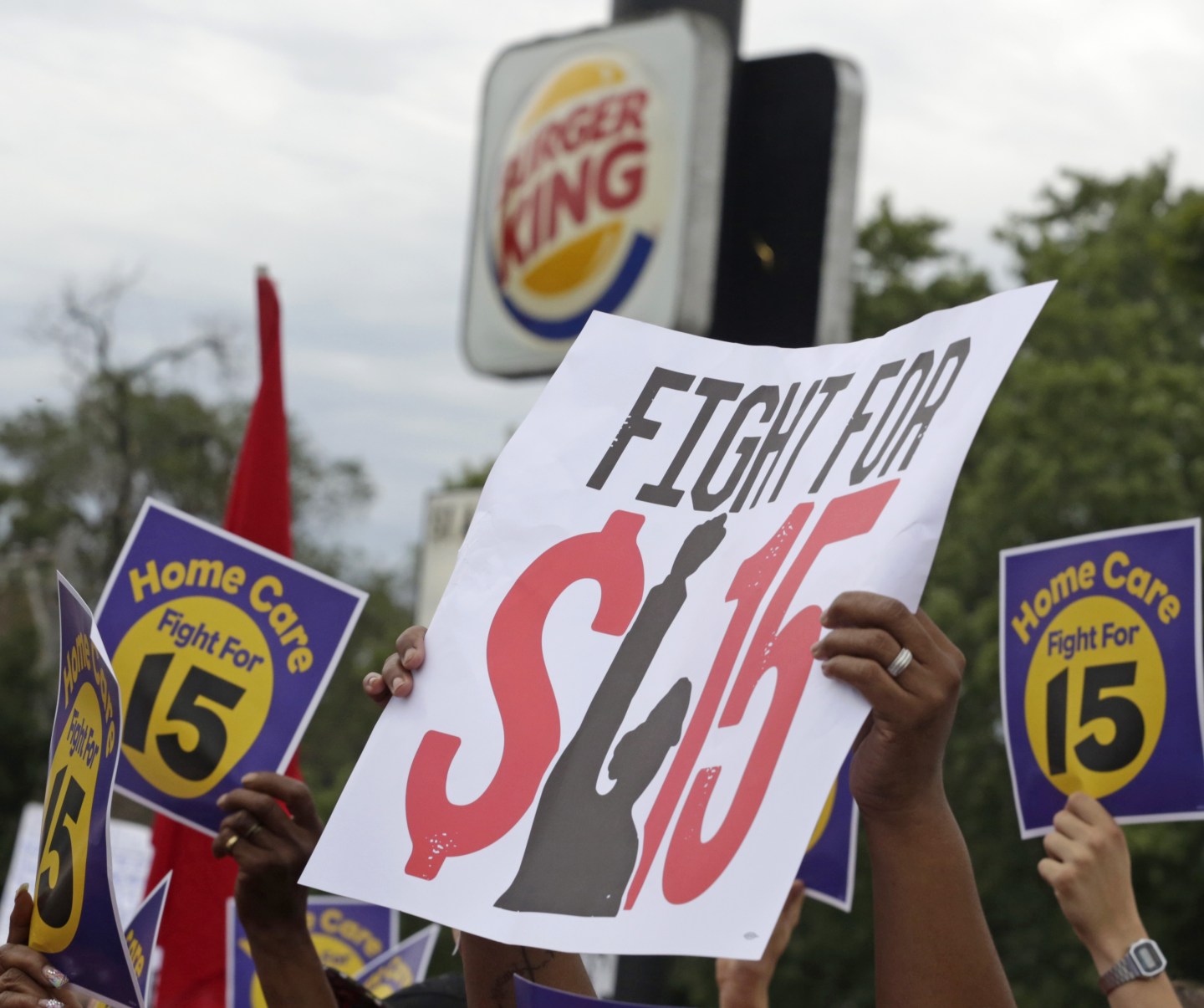 FILE - In this Sept. 14, 2014 file photo, protesters participate in a rally outside a Burger King on Chicago's south side as labor organizers escalate their campaign raise the minimum wage for employees to $15 an hour. As Democrats across the country make an election-year push to raise the minimum wage, they are also looking to motivate younger people, minorities and others in their base to go to the polls on Nov. 4th. The party has put questions on the ballot in five states asking voters whether the minimum wage should be increased. (AP Photo/M. Spencer Green, File)
Photograph by M. Spencer Green — AP/file

A $15 per hour minimum wage has become the common chorus for disgruntled low-wage workers across the nation, but what that pay rate means for workers’ purchasing power isn’t universal. Just how much $15 per hour is worth depends on where you live.

The Pew Research Center released analysis Monday of the real value of $15 per hour by metropolitan area. The study used regional price parities developed by the Bureau of Economic Analysis to measure the difference in local price levels of goods and services across the country, relative to the overall national price level.

Taking RPPs into account for the nation’s 381 metropolitan statistical areas, Pew found that in urban areas like New York City and Honolulu, Hawaii, $15 is worth a whole lot less—$12.26 and $12.24, respectively—than in smaller cities, where the cost of living is cheaper.

The city where $15 will can buy you the most is Beckley, West Virginia. With the lowest RPP of any metro area in the nation, $15 per hour will have purchasing power of $19.23.

Interestingly enough, Allentown, Pennsylvania has a RRP of exactly 100—the national average—so it’s the only metro area in the nation where $15 per hour will actually buy you $15 worth of stuff.

This analysis is notable since a wave of $15 per hour minimum wages is sweeping the country, most recently passing through New York, where the state’s wage board is enacting a $15 minimum wage for fast food workers. Americans generally support higher wages, but—as Pew’s data shows—wide disparities in local living costs create practical complications.