What every entrepreneur should learn from the slow death of Google+ 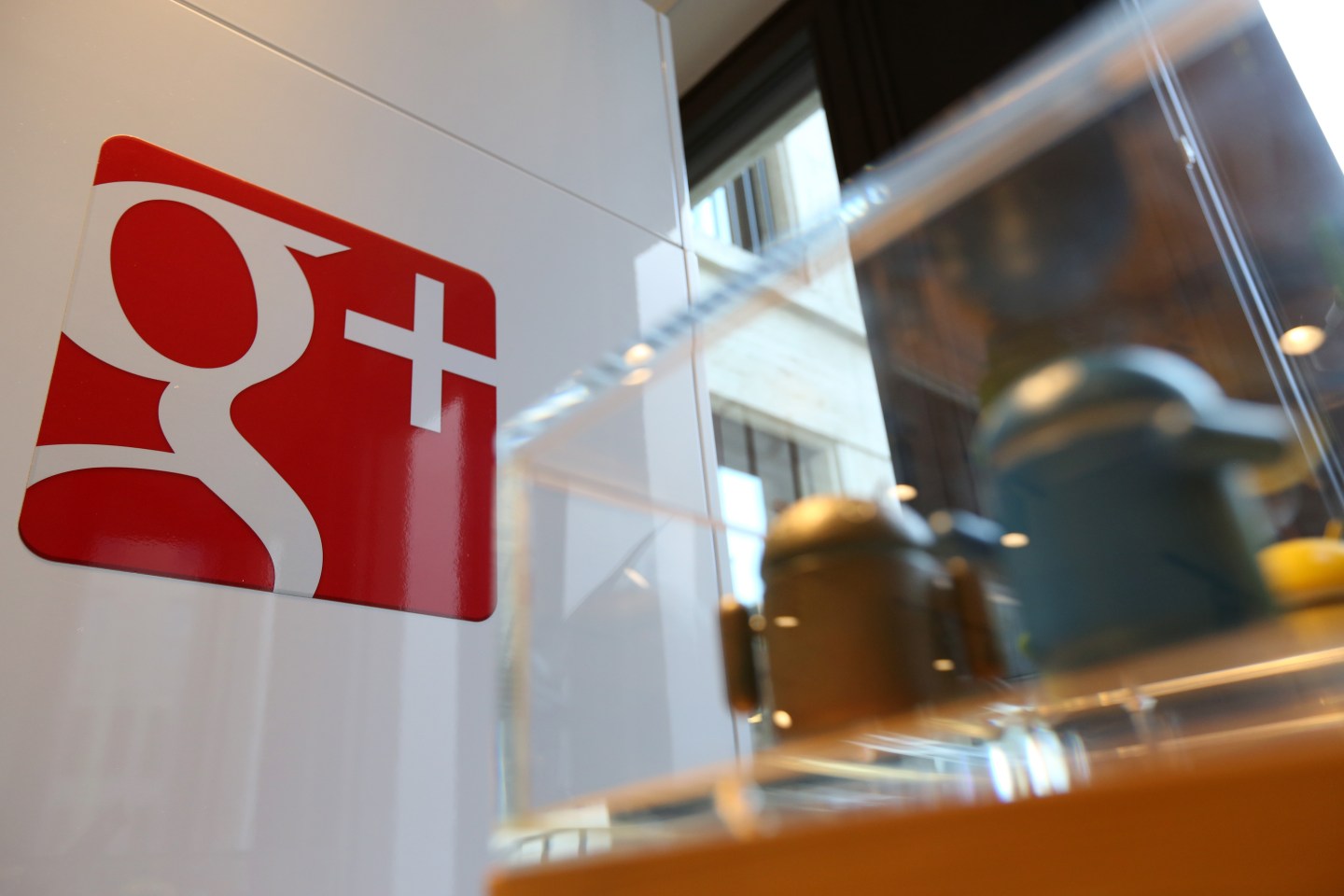 BERLIN, GERMANY - AUGUST 21: The Google Plus (G+, or Google +) social network logo is seen in the company's offices behind Android toys on August 21, 2014 in Berlin, Germany. Google reported last month nearly $16 billion in earnings in its second-quarter, a 22% increase from a year earlier, though spending on driverless cars, Google Glass Internet-connected eyewear and hiring more employees brought earnings for the quarter down below expectations. (Photo by Adam Berry/Getty Images)
Photograph by Adam Berry – Getty Images

Tech giant Google (GOOG) quietly announced this week that users would no longer need a Google+ account to log into YouTube and eventually other Google sites as well. In addition, the site is breaking up into two pieces: Photos and Streams, but that’s a far cry from the market-leading integrated social platform that Google had wanted Google+ to be. Looking back, the news comes as no surprise given that Google’s answer to Facebook (FB) hasn’t exactly been a resounding success.

Google+ has 300 million active monthly users compared to Facebook’s 1.4 billion, according to data compiled by Statista.com. that Others say it’s much lower at 4 million to 6 million, but whatever the real number, most analysts agree that Google+’s future isn’t bright.
As a user of Google+ myself, it’s not difficult to see why the idea has failed to live up to its promise. So below I highlight 3 of the biggest lessons every businessperson could learn from Google’s failed experiment.

Don’t sell people what they already have

Google+ was launched in 2011. By that time, Facebook had already become the dominant social media platform in the world, boasting 250 million active users. Facebook’s product was clearly ubiquitous and highly popular. Yet Google thought it could convince millions of people to migrate to its own newborn social media site.

It’s possible Google+ could have developed a vastly superior product, but it didn’t. Its interface is clunky and less intuitive than Facebook; its mobile app equally uninspiring; most of all, it lacks a critical mass of active users necessary for a satisfying social media experience. More people have joined Google+ over the years but interaction amongst users is still much less robust than on Facebook. In other words, Facebook works because the community is already large and very active.

To be fair, there was a time when Facebook had few users, too, but the crucial difference is that Facebook was relatively novel at the time. Also, it reportedly had a better user interface than its prime competitor MySpace, and a more innovative growth strategy, whereas Google+ has always been a less compelling clone of something people already have and with little else to propel it than the market muscle of Google.

Know who you are

A feature that differentiated Google+ from Facebook was its hybrid structure that allowed users to connect with their friends but also follow complete strangers who could then follow them back – similar to Twitter (TWTR). That was a good concept except for two things: First, Facebook added a similar feature shortly after, eliminating Google+’s prime competitive advantage. Second, it detracted from the intimacy that Facebook’s friend-based social media network provides.

Twitter is mostly a medium for quickly reaching a large number of users you don’t necessarily know, as well as their followers. Despite direct messaging and tweet-wars, followers aren’t really a network of ‘friends.’ While the lines between Twitter and Facebook are gradually blurring as the latter adds more features, Facebook still remains primarily a social platform for users who are at least tangentially connected, offering some security and closeness.

Google+ is both of these things and yet neither of them. It tried to meld two very distinct social media protocols, and in the process, created an identity crisis for itself.

Despite Google+ being a misfire, Google offers great products, especially its iconic search engine that accounts for 65% of the U.S. search market, according to digital measurement firm comScore. Given that, the company should have protected the integrity of its core product at all costs. Instead, it gambled with it.

If I type in “Donald Trump” (to use an illustrative example) into Google, I may be looking for the latest news on the presidential hopeful, or maybe information on his real estate holdings, but what I’m definitely not looking for are my own posts on Google+ about Trump. And yet that is exactly what Google serves up, and not just deep inside the rankings, but on the first page.

Granted, this is apparently done to increase the SEO value of all Google+ posts, but it’s still inconvenient. Not only does it skew my search results but effectively forces me to sign out of Google in order to be able to run a proper search. That’s annoying for me but from Google’s perspective; it’s the exact opposite of what the company is aiming for, which is to keep you inside the Google universe at all times.

To be fair, this quirk was a lot worse a few years ago and Google seems to have minimized the intrusion of Google+ posts in search engine rankings since then, but the problem still remains. The point is if you have a flagship product, don’t tinker with it at the expense to promote another product.