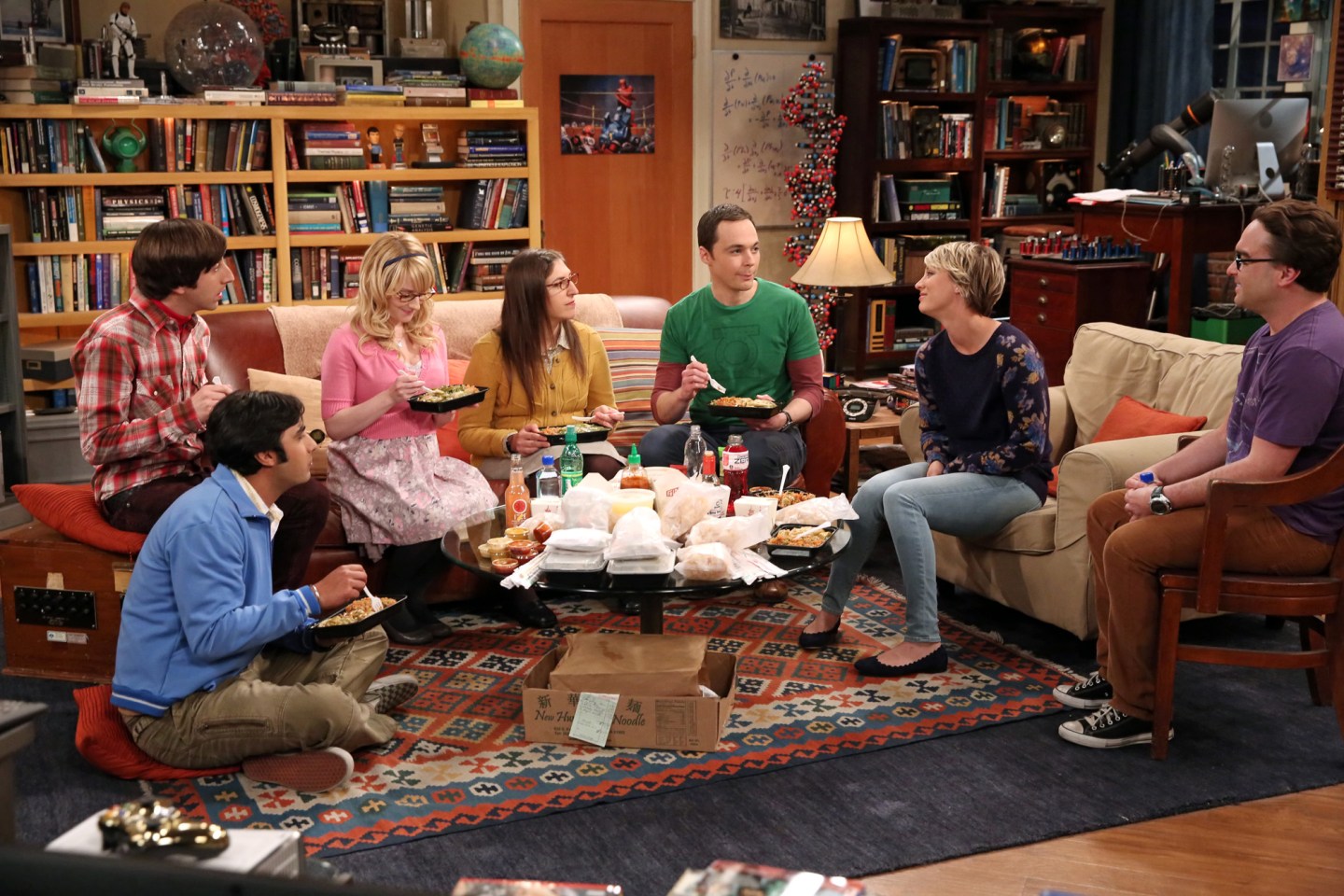 A still from an episode of the most recent season of 'The Big Bang Theory,' which began airing this month in China.
Photograph by Michael Yarish — CBS/Photo Archive CBS via Getty Images

Last week The Big Bang Theory reappeared in China, more than a year after being mysteriously blocked from viewers.

Back in April 2014, the CBS hit disappeared from a legal video-streaming site, for reasons the country’s television regulator never explained. Some theorized that the regulator, the State Administration of Press, Publication, Radio, Film and Television (SARFT), was sending a message. The American show had become a massive hit in the country, racking up more than 1.3 billion views, just as China’s government was increasing its nationalistic rhetoric. The show also had an exclusive streaming deal with Sohu video, which had tested China’s censorship limits before with foreign content. Sheldon Cooper may have wound up becoming a scapegoat.

Big Bang has returned to Sohu’s site to real fanfare. A user on Sina Weibo, China’s Twitter, wrote five days ago, “There were two big things for me in the day: 1, NASA has finally found another “earth”; 2, Big Bang Theory has finally re-broadcast…!”

But Sheldon Cooper’s re-arrival has also come under new, onerous government rules. Whereas Sohu and the other streaming sites once aired the shows they wanted without much interference from Chinese regulators, as long as the most lascivious and violent scenes were censored, SARFT now says full seasons must be submitted to be reviewed before they can air. The rules were introduced last September by the central government’s regulator to clamp down on foreign shows, often the most popular among Chinese viewers. They mean that Big Bang’s Season 8, which finished in early May in the U.S., didn’t begin airing in China until July 22, after censors had combed through all 24 episodes.

The new rules are a blow for Hollywood. They make it harder to build hype for new seasons in its biggest growth market. Chinese viewers will also be left out of the international conversation about new shows. Even social media sharing in China—Chinese viewers, like those in the U.S., gossip about shows on the country’s versions of Twitter and Facebook.—may become fragmented as the most avid fans find ways to watch new episodes right after they premiere in the U.S., leaving the masses to wait until up to six months later.

Big Bang, for instance, never really left China after it was banned. With a little Internet savvy, its biggest fans could find new episodes on torrent sites and Baidu’s cloud service, where users hosted the new season’s episodes with Chinese subtitles. All that episode-hunters had to do was match a file that linked to other users’ cloud accounts with the episodes. One of China’s torrent search engines offers links directly to episodes hosted on the Baidu cloud service. A Baidu spokesman didn’t have a comment.

China’s government and video sites have taken huge strides to combat similar kinds of piracy over the past five years. “The market has now evolved from a majority piracy market to a legitimate one, where audiences are now familiar with accessing their favourite films and TV shows through popular video streaming websites that are either ad supported, subscription model or pay per view,” said a spokesman for the Motion Picture Association Asia Pacific, the regional division of the international film industry trade group.

The legal streaming sites play right into the government’s interests. Legally streamed content is reviewed by censors, and the country’s biggest video sites—Youku Tudou, Baidu’s iqiyi.com, Tencent’s v.qq.com, and Sohu.com, which exclusively hosts Big Bang—must hew to the party’s line because their basic ability to operate is based upon following the rules. That’s not true for torrent sites.

Despite the inconveniences of censor review, the legal sites also play into Hollywood’s interests, by providing an alternative to piracy. China is the second largest country for box office totals, for instance, and its immense growth has been making up for declines in other markets. Last year, as U.S. and Canada box office totals dropped by 5%, China’s rose by 34%. What studios and companies do today in China will alter their business path for years—maybe decades—and stories of studios catering to China are now widespread. The latest Transformers movie was largely set in China and starred Chinese actors. The Adam Sandler Sony comedy Pixels removed a scene in which aliens blow a hole in the Great Wall, according to Sony executives’ emails, while the Washington Monument, the Taj Mahal and Manhattan are still targeted

Television series may not be far behind in catering to Chinese viewers. Sohu CEO Charles Zhang has estimated the royalties flowing to Hollywood from the Chinese streaming sites is around $100 million a year. That figure is only expected to rise as shows like Big Bang Theory reappear in front of Chinese viewers, even if in reality they never really left.