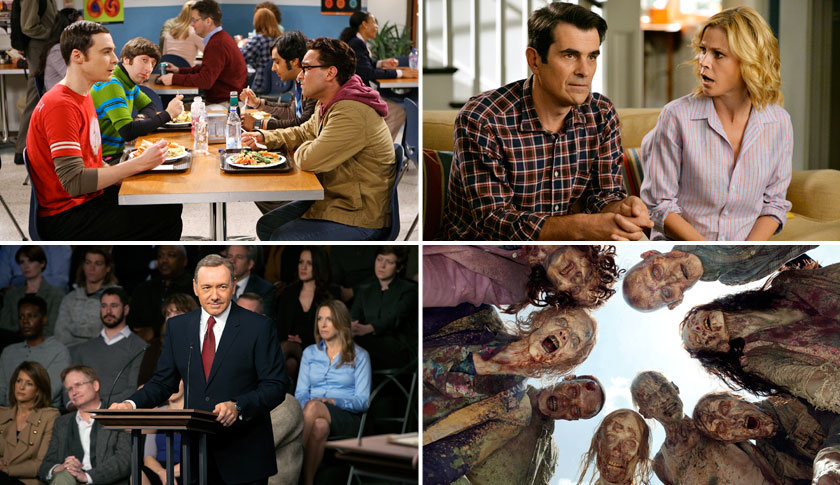 China loves Sheldon Cooper. The fictional physicist who popularized the term “bazinga” is the star of CBS’s (CBS) hit show The Big Bang Theory, which used to be the most popular Western broadcast on China’s many streaming sites. But he’s become increasingly hard to find.

In December, China’s State Administration of Press, Publication, Radio, Film, and Television (known, inelegantly, as SAPPRFT) announced that the days of unfettered online video were over. Internet video regulator Luo Jianhui said that streamed sitcoms and movies should be subject to the same oversight as traditional media. That means the removal of sex, violence, extramarital affairs, and basically anything else Chinese viewers like.

One of the government’s primary targets was clear: foreign shows. House of Cards, The Walking Dead, and Downton Abbey are some of the hottest online programs and represent a big potential market for the entertainment industry. But much of the content runs afoul of state rules, and predicting how they will be enforced is almost impossible.

The streaming censorship campaign started this past spring when the government told web portal Sohu.com and others to remove four American shows, including The Big Bang Theory. “Which is kind of weird,” says Jiong Shao, who runs Macquarie’s telecommunications, media, and technology banking unit in Hong Kong. As far as contraband goes, The Big Bang Theory is fairly inoffensive—particularly compared with House of Cards, which has some unflattering story lines about a corrupt Communist Party insider. But the show’s sheer -popularity might be threatening in itself, experts say. In mid-January of this year, the cleansing continued: U.S. shows including Agent Carter, Empire, and Showtime’s Shameless were summarily banned.

The regulator’s actions represent a sharp shift in China’s relations with the American entertainment industry. Three years ago, it seemed, Beijing was starting to make nice with Hollywood, as pirated content was removed from the web. Western studios were soon raking in $100 million a year through licensing deals with streaming platforms like Youku Tudou, Tencent Video, and Sohu. Now some fear the rapprochement is over.

“It’s going to be tough for foreign content in the coming years,” says Jeremy Goldkorn, director of Danwei, a research firm in Beijing. The longtime China media watcher says there are clear signals from regulators that there will be even greater restrictions to come. “[TV producers] will have to deal with the demands of hypersensitive and paranoid censors, put up with popular shows suddenly being yanked from the Internet, and face pressure to censor content that is not even intended for Chinese audiences,” says Goldkorn.

Adding to the frustration, the streaming sites had been a rare success story for Hollywood and China. Started as China’s answer to YouTube, Youku transformed itself into a big spender, licensing everything from South Korean dramas to the ABC hit Modern Family. While the vast majority of Chinese users don’t pay to watch ad-supported shows, the small segment that does is growing. According to Macquarie’s Shao, just 0.1% of Youku users pay for premium subscriptions. That figure should increase to 5% for most sites over the next few years, he predicts, following the trend of other “freemium” sites, meaning the industry could reap $1 billion in profits.

Three of China’s homegrown tech giants—Baidu, Alibaba, and Tencent—have sunk big money into online streaming. Alibaba and its founder, Jack Ma, spent $1.2 billion last year for an 18% stake in Youku; Baidu runs iQiyi; and Tencent’s video selection is growing rapidly: In November it inked a deal with HBO to stream shows. But if China’s government continues slowing the role of Western studios in the sites’ growth, it is likely to be a bad Hollywood ending on both sides of the Pacific.