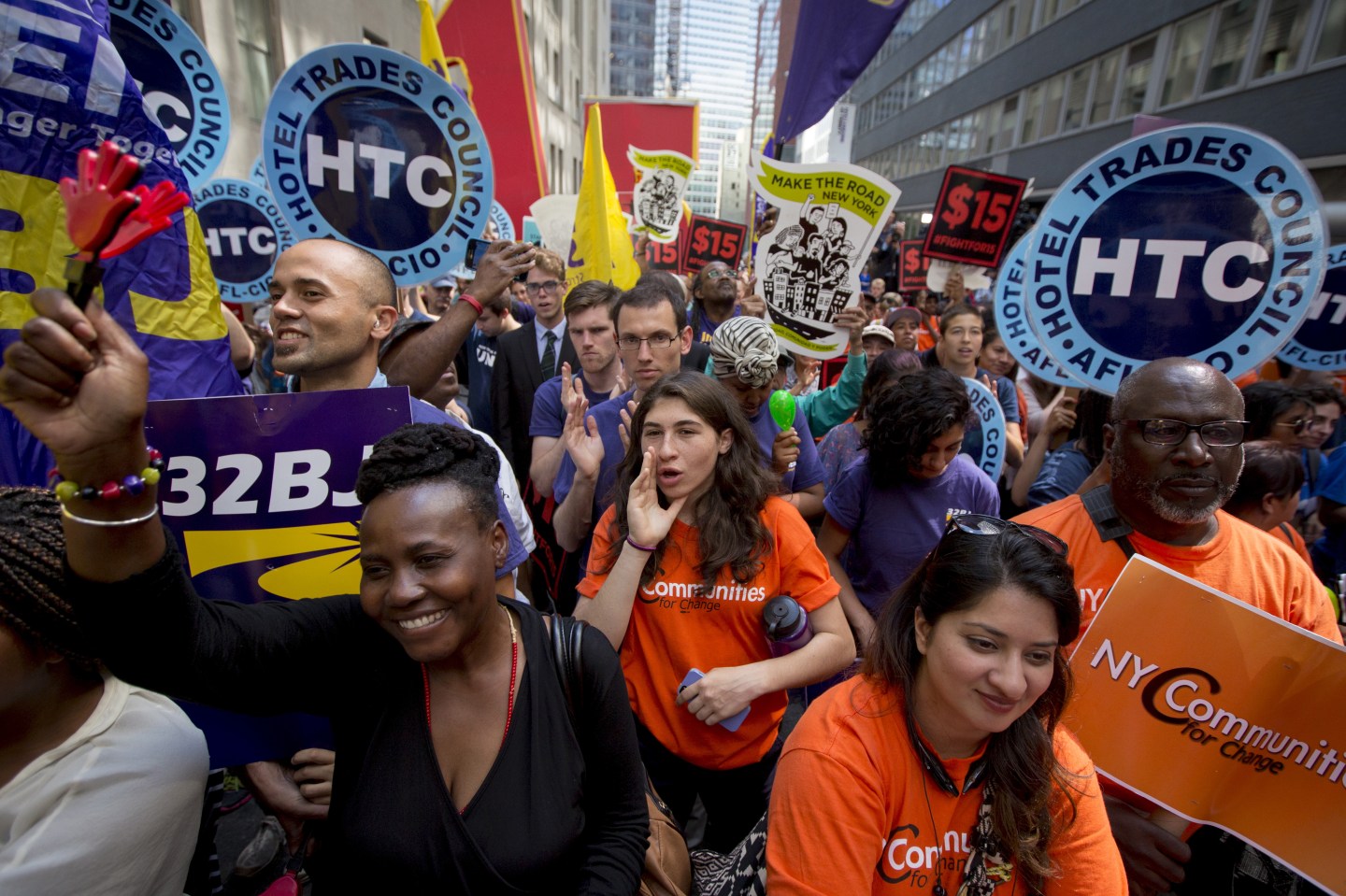 When labor unions and activists began calling for an increase in America’s minimum wage to $15 an hour, many thought it was a typical bargaining ploy, and that they would be pleased to receive much more modest increases. In 2013, the Obama Administration proposed a modest increase, whereby the federal minimum wage would rise to $9 an hour from $7.25 an hour. They increased the proposal to $10 an hour the following year, and also called for indexing it to inflation.

Like many labor economists, I supported both of these proposals, and I continue to support the latter one.

Lately, however, minimum wages have risen too high to $15 an hour in some cities. Seattle was the first major jurisdiction to do so in 2014; San Francisco and Los Angeles followed. Earlier this month, New York raised its minimum wage to $15 for its fast-food workers, while the University of California plans to do the same for its low-wage employees. Now, the Washington, D.C. City Council will be considering such an increase.

Many economists worry minimum wage increases tend to reduce employment, hurting young and less-educated workers the most. And they have analyzed the effects of state and federal increases in the U.S. and other countries in hundreds of statistical studies. Some credible studies find moderate negative effects while others find none; our best guess is that moderate minimum wage increases will lead to modest job losses. In a Congressional Budget Office report last year, policy analysts predicted that Obama’s proposal to raise the federal minimum wage to $10 an hour would raise wages for 16 to 24 million people while eliminating about half a million jobs – a reasonable tradeoff worth embracing, in my view.

But I have much more serious worries about a $15 an hour minimum wage, which constitutes a wage increase of 50% to 100% in most places (even after adjusting for inflation). In cities like Seattle, with a relatively more educated workforce and dynamic labor market, it might be a gamble worth taking. But in other cities, such as L.A. and Washington, D.C. – with their large populations of less-educated workers, including unskilled immigrants – such increases are extremely risky.

In job markets where young or less-educated workers already have difficulty finding jobs and gaining important work experience, such mandates will likely make it much harder.

In a city like Washington DC where unemployment among those with a high school education or less is at a worrisome 15%, jobless rates will almost certainly rise. Many employers will be very reluctant to pay high wages to workers whose skills – including the ability to speak English, in the case of many immigrants – are so modest. A likely result would be not only increases in unemployment but also drops in formal labor force activity (where workers work or search for legal jobs) and perhaps some growth in undocumented work among immigrants.

Three additional points reinforce these concerns for me. First, the increases up to $15 are much greater in magnitude than anything we have studied in the past; because of this, it’s hard to say if the previous research that found modest negative effects on employment would hold true, and a reasonable guess is that the effects now will be much more negative.

Second, state and especially local increases of this magnitude will generate big incentives for employers to move across local borders, especially from central cities to suburbs. For instance, if Washington, D.C. raises its minimum to $15 (after it is already scheduled to rise to $11.50 in 2016) while Arlington, Virginia remains at $7.25, the incentives for employers with many low-wage workers to shift places of business from the former to the latter will be quite strong. This wage increase might be the straw that breaks the camel’s back for many D.C. businesses, who are now also faced with new hiring regulations, such as mandated paid leave and prohibitions on criminal record checking in applications, or marijuana screening, and perhaps on credit checks.

Third, it might take time for employers of many low-skill workers to learn how to economize on their labor costs, but they will over time, since the incentives to do so are much larger – and that would be bad news for the very low-skill workers the higher minimum wage is designed to help. For instance, fast-food workers might be more easily replaced by robots. Hotels may reduce their tendency to automatically clean the rooms of their guests, and may charge extra for doing so. In the state of New York, fast-food franchises will probably be replaced by other kinds of restaurants and food services. Employers in these industries will also likely demand better education, skills and experience among those whom they hire.

None of this suggests that the crisis of low wages for American workers isn’t serious. But there is no silver bullet — raising the minimum wage alone won’t solve it. Our toolkit should contain a range of sensible approaches. Congress should pass a sensible and moderate Federal increase in the minimum wage. We should also expand the Earned Income Tax Credits for childless adults, paid parental leave (funded by payroll taxes rather than mandates on employers), and education and training efforts for workers with low skills to better prepare them for good-paying jobs. We should work with employers to help them expand apprenticeships and other opportunities for workers to “learn while they earn,” and to generate better pathways from high school and community colleges into high-paying jobs.

Trying to accomplish this by simply making 15 the new 10, in terms of minimum wage increases, could potentially generate more harm than good.

Harry J. Holzer is a professor at the McCourt School of Public Policy at Georgetown University and a nonresident senior fellow in Economic Studies at the Brookings Institution.