Big Soda in a froth over proposed new sugar-labeling rules 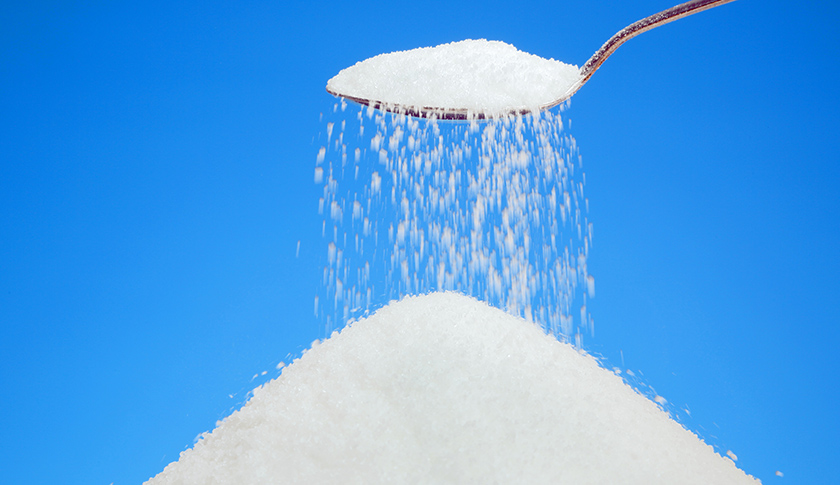 The U.K. supermarket chain, Tesco, is banning Capri Sun and other sweetened drinks aimed at kids from its shelves.

Tesco, a $77 billion company, will begin the ban in September, when kids go back to school, according to the reporter in a trade publication, The Grocer. “This is part of our 10-point plan against obesity and we have decided that from September we will only sell no-added-sugar drinks in the kids’ juice category,” Tesco’s soft drinks buying manager David Beardmore reportedly told The Grocer.

Tesco’s move goes way beyond what companies in the U.S. have done to reduce the consumption of sodas and sweetened drinks, but that may soon change.

The Food and Drug Administration (FDA) has just revised the proposed nutrition label changes to emphasize just how much sugar we consume from packaged food and drinks. The new rules, if adopted, would require labels to not just state how much sugar is in a food, but how much added sugar it contains. To clarify, that’s the sugar that’s not naturally occurring in the food or drink.

Not only that, the way sugar is represented would change. Currently, a label provides the amount of sugar in grams, which is somewhat meaningless to consumer. A 20-ounce can of Coke has 65 grams of sugar. Sounds like a lot, but how much is it really?

Though some advocates have suggested using teaspoons (that Coke can has 15 teaspoons of sugar), the FDA has proposed that labels list the percent daily value for added sugars, which means the amount of added sugar you are advised to consume each day in your diet. The FDA recommends that your added sugar intake should not exceed 10 percent of your total daily calorie intake.

So for a 2,000 calorie diet, the standard used on the nutrition label, that can of Coke, containing 240 calories, would provide 120% of your daily added sugar intake. Drink that soda, and you should be done for the day.

According to the FDA, added sugar in the diet, which we consume primarily from sugar-sweetened drinks, is linked to weight gain, hypertension and other health conditions and it contributes to eating a less healthy nutrients. Americans, on average, consume twice as much added sugar as is recommended, according to Marion Nestle, PhD., professor in the department of Nutrition, Food Studies, and Public Health at New York University who posted a comment on the nutrition label proposals.

The new labeling is meant to give consumers more information to make healthier choices, but it’s also meant to disrupt the industry, as the FDA reveals on its website: “the label may encourage manufacturers to reformulate existing products and offer new products with a healthier nutrition profile.”

The food and beverage industry is far from thrilled. A number of trade groups have voiced their opposition on the FDA’s comment page. In a 17-page letter, the Sugar Association took issue with the “added sugar” distinction, laying out what it said was a lack of evidence supporting the recommendation. The American Beverage Association (ABA), the soda industry’s largest trade group, contended that “added sugars are not uniquely or directly linked to a risk of chronic disease, health-related condition, or a physiological endpoint.”

ABA also said the labeling change was unnecessary because the industry was already jumping on the low sugar bandwagon. The group said its members had been voluntarily trying to reduce sugar consumption by making calorie content information more visible on labels, as well as discontinuing sales of full-calorie sodas to schools nationwide, and replacing them with more lower-calorie or no-calorie beverages, along with smaller portion size options.

Last week, the ABA sued the city of San Francisco over a new ordinance that, as of next year, would require warning labels on ads for sodas and other sugar-sweetened beverages.

As Fortune reported last year, Coca Cola, PepsiCo and DrPepper Snapple vowed to increase the availability of low- and no-calorie beverages, and encourage more drinking of water and other more healthful drinks. Along with the Clinton Global Initiative, the ABA set a goal to reduce beverage calories consumed per person nationally by 20% by 2025.

Though it hasn’t quite caught on yet, Coca Cola introduced a reduced calorie soda. At 60 calories per 8-oz. bottle, it contains cane sugar (rather than high fructose corn syrup) and the sweetener Stevia, and has 35% fewer calories than regular Coke (though it’s smaller than a standard 12 ounce can). But some experts say, 60 calories worth of sugar sweetened drink is still 60 calories too many.

Laurie Tarkan is an award-winning journalist who covers science and health issues for many publications.