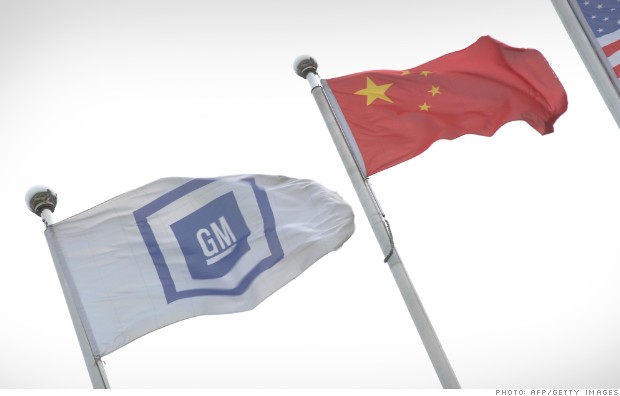 General Motors Co (GM) said Tuesday it will invest $5 billion over the next several years to develop a new family of Chevrolet vehicles with its Chinese partner, aimed at faster-growing emerging markets.

For the first time, GM will develop the foundation of a new, global family of vehicles in collaboration with Shanghai Automotive Industry Corp, the state-owned Chinese automaker that is GM’s primary partner in China, the world’s largest car market.

GM and SAIC will engineer Chevrolet compact cars and sport utility vehicles that will go on sale starting in 2019 in growth markets outside the United States and Europe, including India, China, Brazil and Mexico. The $5 billion will cover GM’s share of engineering vehicles and retooling factories, GM said.

“We are taking significant advantage of the global scale we do have,” GM President Dan Ammann said in a briefing on Monday ahead of a planned trip to Brazil. GM is expected to outline this week investments in Brazil and India related to the project.

Somewhat ironically, the initiative comes amid the clearest evidence yet of a structural slowdown in the Chinese auto market, which has been a cash cow for GM and other western automakers for years. Data released last week showed auto sales were down 2.3% on the year in June, and eked out growth of only 1.4% over the first half as a whole.

The initiative is in part aimed at offering investors a fresh rationale for rejecting a merger with Fiat Chrysler Automobiles NV (FCAU).

The large-scale, small-vehicle project with SAIC is the clearest example yet of Barra’s strategy of focusing GM instead on “merging with itself” by consolidating fragmented vehicle and engine programs within its sprawling global operations.

GM’s current stable of compact models, such as the Chevrolet Aveo or Onix, ride on mechanical foundations developed separately by the automaker’s Korean or European operations. The new generation of such vehicles will use common components and sell at a rate of about 2 million vehicles a year. “That’s a pretty significant consolidation,” Ammann said. GM currently manages a total of 26 different vehicle architectures. By 2025, GM wants just four.

GM’s new emerging-market vehicles will compete with low-cost models offered by the Renault-Nissan Alliance (RNSDF), Volkswagen AG and others.

GM’s strategy is “not about a low-end vehicle,” Ammann said. Instead, GM plans to equip new Chevrolets with features such as data connectivity, and engineer them to comply with emissions controls and safety technology requirements that are moving toward the same standards as markets mature, Ammann said.