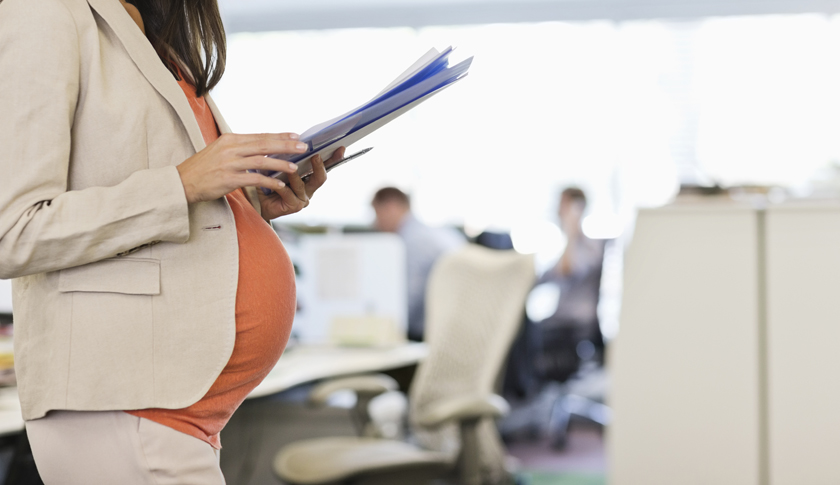 Envious of the up to 52 weeks of maternity leave granted to moms in the UK? Well, not everything across the pond is quite as peachy as it might appear.

A new report from the Equality and Human Rights Commission finds that roughly 54,000 women in Britain are forced out of a job after having a child. That appalling stat has brought fresh attention to “Pregnant Then Screwed,” a UK site where women can post about their workplace nightmares. Joeli Brearley announced the launch of the site this spring, inspired by her own experience.

Writing in the Guardian, Brearley says that she was working as a self-employed project manager when she learned she was pregnant. She realized she would need to leave her current project earlier than she’d originally expected, so she “planned everything meticulously to ensure that my clients and projects would be well looked-after in my absence.” Still, Brearley says her client contacted her to say that they were concerned about how her departure would affect the organization, then—without further communication—fired her.

Since the launch, the “Pregnant Then Screwed” has quickly filled with horrific stories. Here’s just a sampling of the headlines from recent posts:

“They said that the woman who was covering maternity leave had better skills to take the company forward and they were dismissing me.”

“When I told my employer, she asked me if I had considered an abortion.”

“I was told there was no guarantee there would be a job for me when I came back from maternity leave.”

Brearley has said that the site is intended to allow women to “tell their stories anonymously and in their own words.” It also challenges a UK rule that specifies that anyone who experiences workplace discrimination has just three months to take their case to an Employment Tribunal. As the site description puts it: “For maternity discrimination, those 3 months usually come at a time when you are exhausted, lacking in confidence and knee-deep in baby poo. Making your lunch every day can feel like climbing Mount Everest; masterminding an Employment Tribunal would feel nigh-on impossible.”

Such rules may be specific to the UK, but workplace discrimination against pregnant women is a global phenomenon, unfortunately. Here in the U.S., pregnancy discrimination charges are on the rise. In fiscal year 1997, more than 3,900 charges were filed with the Equal Employment Opportunity Commission and state and local Fair Employment Practices agencies. By fiscal year 2013, that number hit 5,342. (The EEOC has not yet responded to requests for more recent statistics.)

Certainly, there have been some positive developments, as when the U.S. Supreme Court ruled in favor of former UPS truck driver Peggy Young this March. Young was seeking the right to sue UPS for pregnancy discrimination after the shipping company refused to give her a less demanding shift when a medical professional ordered her to not lift heavy items while pregnant. Hopefully, that judgement will remind employers of their obligations—and encourage more pregnant women to stand up for their rights.

That said, it’s important that this issue also be tried in the court of public opinion. Reading women’s first-person accounts of how they’ve been mistreated is incredibly moving. Sharing these stories can help remind all of us that pregnancy discrimination remains a big and important problem in this country. Perhaps it’s time for “Pregnant Then Screwed—U.S. edition?”