Yes, Pregnancy Discrimination at Work Is Still a Huge Problem 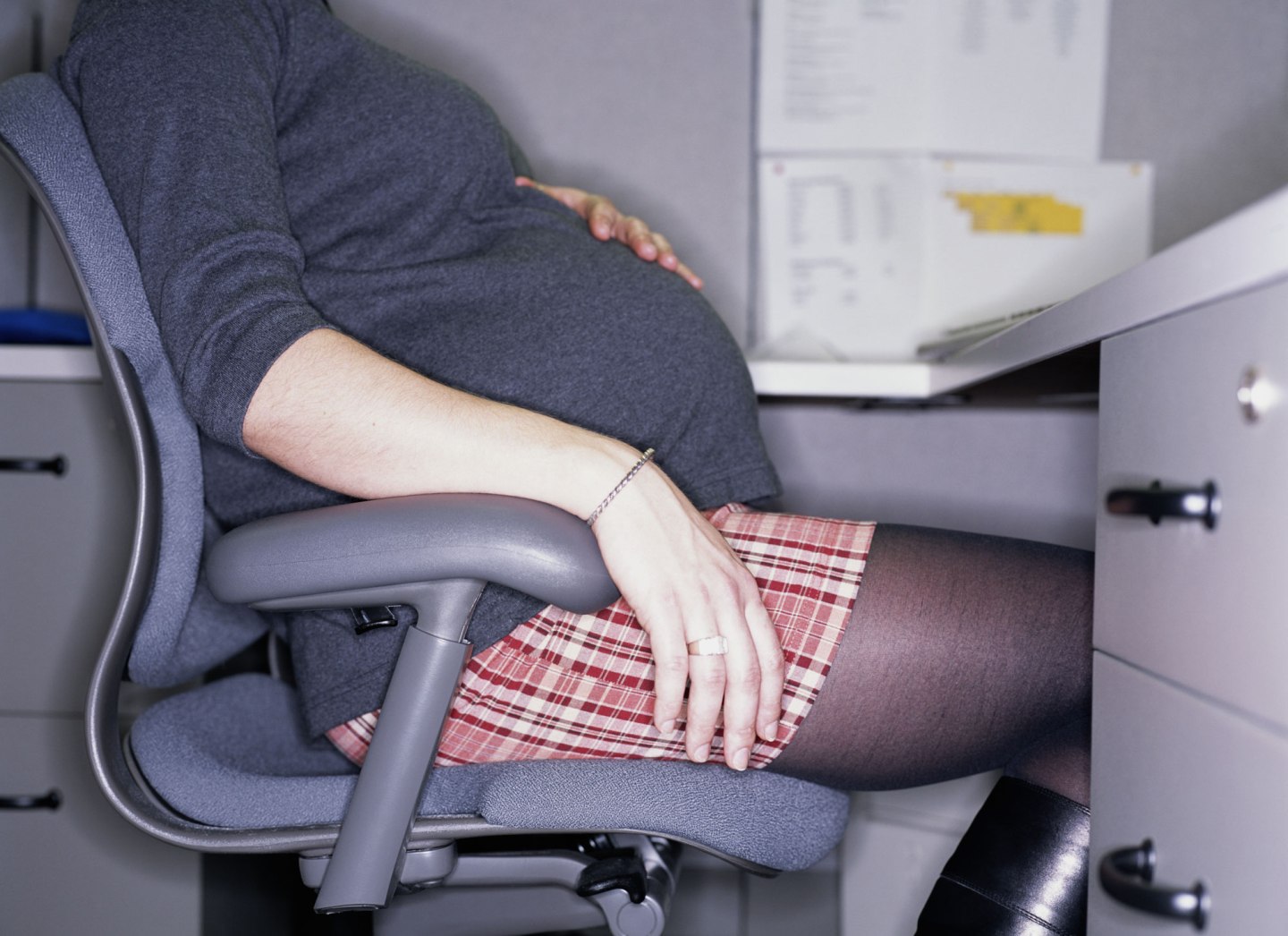 Hmm. Do I have to make an accommodation for a pregnant worker or not?

Employers, it seems, have been asking that seemingly no-duh question way too often and have had too hard a time answering it of late. The Equal Employment Opportunity Commission sought to clear up any confusion on Monday when it released updated guidance on how companies are expected to treat their pregnant employees based on the Pregnancy Discrimination Act and the Americans with Disabilities Act. Monday’s announcement is the first time the agency has addressed the issue in a comprehensive way since 1983.

Believe it or not, too many employers are still refusing to comply with pregnant workers’ requests for temporary accommodations at work based on medical needs, says Emily Martin, vice president and general counsel of the National Women’s Law Center. “It still is the case that too many people think that pregnancy and motherhood are incompatible with work.”

The EEOC’s statistics on pregnancy discrimination lead to the same conclusion.

In fiscal year 1997, more than 3,900 pregnancy discrimination charges were filed with the Equal Employment Opportunity Commission and state and local Fair Employment Practices agencies. By fiscal year 2013, the total had shot up to 5,342.

By reiterating to employers how it interprets the existing pregnancy protection laws on Monday, the EEOC hopes to reduce that figure.

Under the Pregnancy Discrimination Act, the commission said, pregnant employees must be treated the same as non-pregnant employees who are similar in their ability or inability to work. “[Pregnant workers] must be accorded the same rights, leave privileges and other benefits, as other workers who are disabled from working,” the EEOC said. And while pregnancy itself is not a disability, pregnant workers are not excluded from the Americans with Disabilities Act, which, as of its amendment in 2008, protects workers with temporary ailments.

Prior to the 2008 update to the ADA, “a lot of courts had interpreted the ADA as covering permanent disabilities only, so medical conditions related to pregnancy were seen as not being covered,” Martin says. But the EEOC made clear on Monday that in the same way an employer would make workplace tweaks to meet the needs of a worker with temporary back pain, it must also make reasonable accommodations available to pregnant workers since their impairments also constitute disabilities. For instance, employers should allow a pregnant worker to take more frequent breaks, to keep a water bottle at a work station, or to use a stool instead of standing.

With its announcement on Monday, the EEOC became the latest in a string of government entities to address pregnancy discrimination. Earlier this month, the U.S. Supreme Court decided to hear the case that a pregnant truck driver Peggy Young filed against United Parcel Service (UPS) when the company refused to give her a break from heavy lifting and encouraged her to take unpaid leave instead. (In an unusual move, the Obama administration had actually encouraged the Supreme Court to refrain from taking the case because the EEOC was in the midst of writing today’s guidance.) On top of that, Congress continues to consider the Pregnant Workers Fairness Act (which is unlikely to pass anytime soon), while 12 states and four cities have acted on their own to pass laws requiring employers to make accommodations for pregnant workers.

Women have constituted a sizable portion of the American workforce for a while now, so why are pregnant workers getting all this attention all of a sudden?

Martin says it’s because women are going to work during and after their pregnancy more than ever before. Another reason: women’s economic gains since the economic recovery have been concentrated in low-wage industries, so they’re seeking more pregnancy accommodations since these types of jobs—in retail and foodservice, mainly—are physically demanding.

Also, women continue to enter professions that men have traditionally dominated like law enforcement and long-haul trucking. So, “as women break down those barriers where they haven’t done work before,” she says, “we’re hearing this story [of pregnancy discrimination] more and more frequently.”